Jet suit paramedic ‘could save lives’ 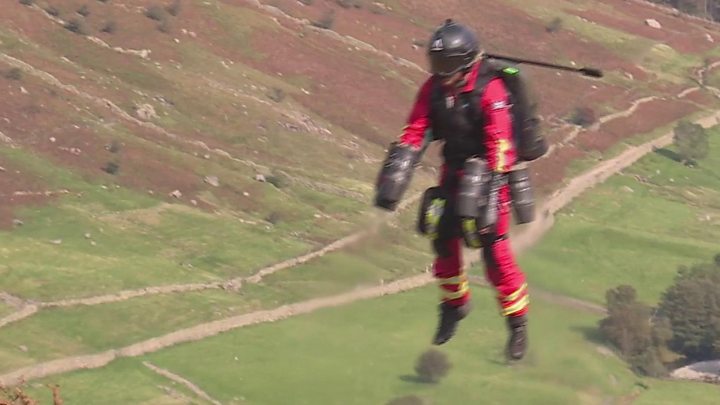 A jet suit for paramedics which would see patients reached in minutes by a “flying” medic has been tested by the Great North Air Ambulance Service.

After a year of talks between GNAAS and Gravity Industries, a first test flight was carried out in the Lake District.

Andy Mawson, director of operations at GNAAS, came up with the idea and described seeing it as “awesome”.

He said it meant a paramedic could “fly” to a fell top in 90 seconds rather than taking 30 minutes on foot.

Mr Mawson said: “There are dozens of patients every month within the complex but relatively small geographical footprint of the Lakes.

“We could see the need. What we didn’t know for sure is how this would work in practice. Well we’ve seen it now and it is, quite honestly, awesome.”

The test flight was carried out by Richard Browning, founder of Gravity Industries.

He said the suits had two mini engines on each arm and one on the back allowing the paramedic to control their movement just by moving their hands.

“The biggest advantage is its speed,” Mr Mawson said.

“In a jet pack, what might have taken up to an hour to reach the patient may only take a few minutes, and that could mean the difference between life and death.” 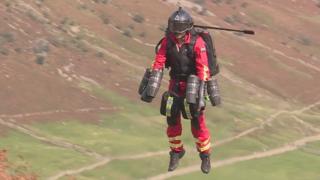