'It's coming home to Italy where footie is better developed', ambassador claims 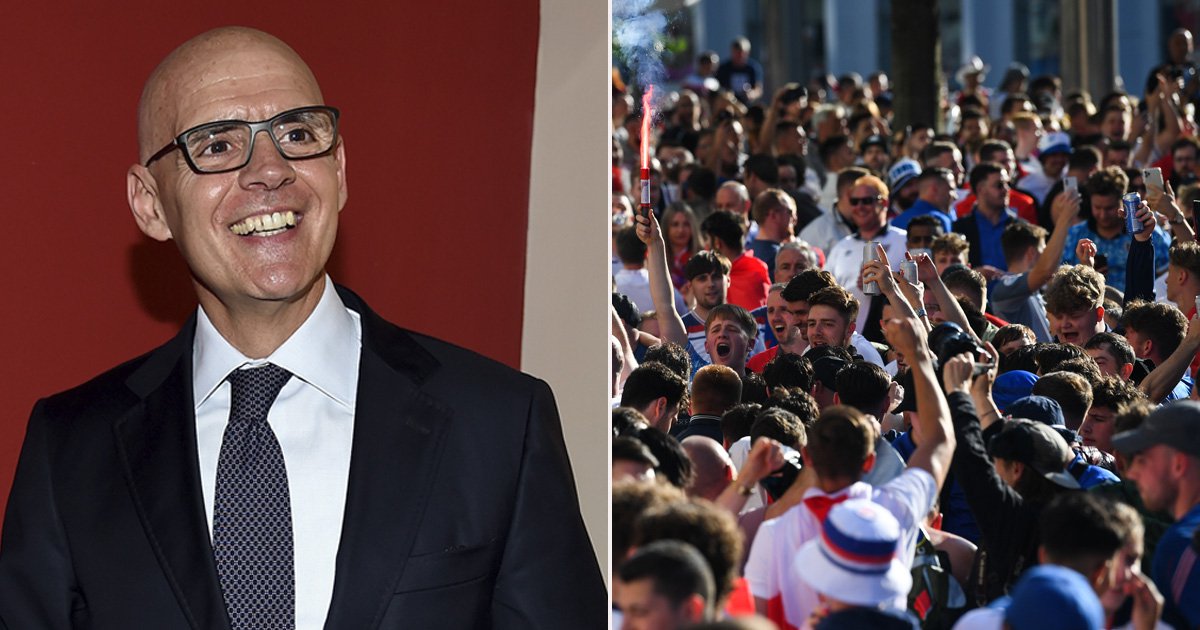 It has become an unofficial national catchphrase, shouted in pubs and in the streets.

The Italian ambassador to the UK has clearly taken that on board – but isn’t keen to get behind the sentiment (understandably, we suppose).

Raffaele Trombetta has declared that football will be coming home… if Italy wins.

The Azzurri will win the Euro 2020 final 2-1 this evening at Wembley against the Three Lions, he predicted.

This would mean a homecoming to Italy as the game has developed better there than in England, and they have won more international trophies, he claimed.

Of course, it was all good natured and he did acknowledge the special role England had in the game’s development – suggesting that maybe football had several homes.

The phrase ‘It’s coming home’ itself was coined in England, as it was the tagline in the marketing for Euro 96 (at which point, it had been 30 years since England’s men’s team had lifted the World Cup).

The phrase became popular thanks to the tournament’s official song that year, by David Baddiel, Frank Skinner and the Lightning Seeds, which included it in the chorus.

But the ambassador, who will be at Wembley for the kick-off at 8pm, told Times Radio that while football was invented by the English, ‘it’s coming home also if we win, because after all, you know, we have in our palmaris, as we say, four World Cups, already another European cup.

‘So from this point of view, even if you started in England, maybe it has developed better in other countries, including mine’.

In an interview with Tom Newton Dunn and Isabel Hardman of Times Radio, Mr Trombetta admitted the England team had some ‘very fast players’ and praised Raheem Sterling as being ‘the best’ in the squad.

He added: ‘He has been quite impressive I’d say all along the championship, all the different games that he has been playing.’

The ambassador also criticised British people for putting pineapple on pizza, joking it ‘is definitely not a Neapolitan, not even Italian way of making and eating the pizza’.

Mr Trombetta said while both the Euro finalists have been particularly affected by the pandemic, sport has offered a ‘boost’ to morale.

‘It is good to have some positive things, you know, to, to look forward to,’ he said.

‘Being in the final and the bubble of winning, then… is a boost of optimism, you know, to the country, which won’t last forever of course. It will last for a few weeks, for a few months. But it’s still a good thing to have.’

Mr Trombetta also told Trevor Phillips On Sky News that Italy will triumph 2-1: ‘It’s always important to win an important match. We have some experience there.

‘Of course there is a lot of interest, expectation, celebration and excitement. We want to celebrate it with our English friends in England and in Italy.’

He said he believed the Italian team manager Roberto Mancini had benefited from his time at Manchester City and that it had a ‘positive effect’ on him.

‘The experience Mancini had in England helped him. You take the best from the different experiences in your career.’