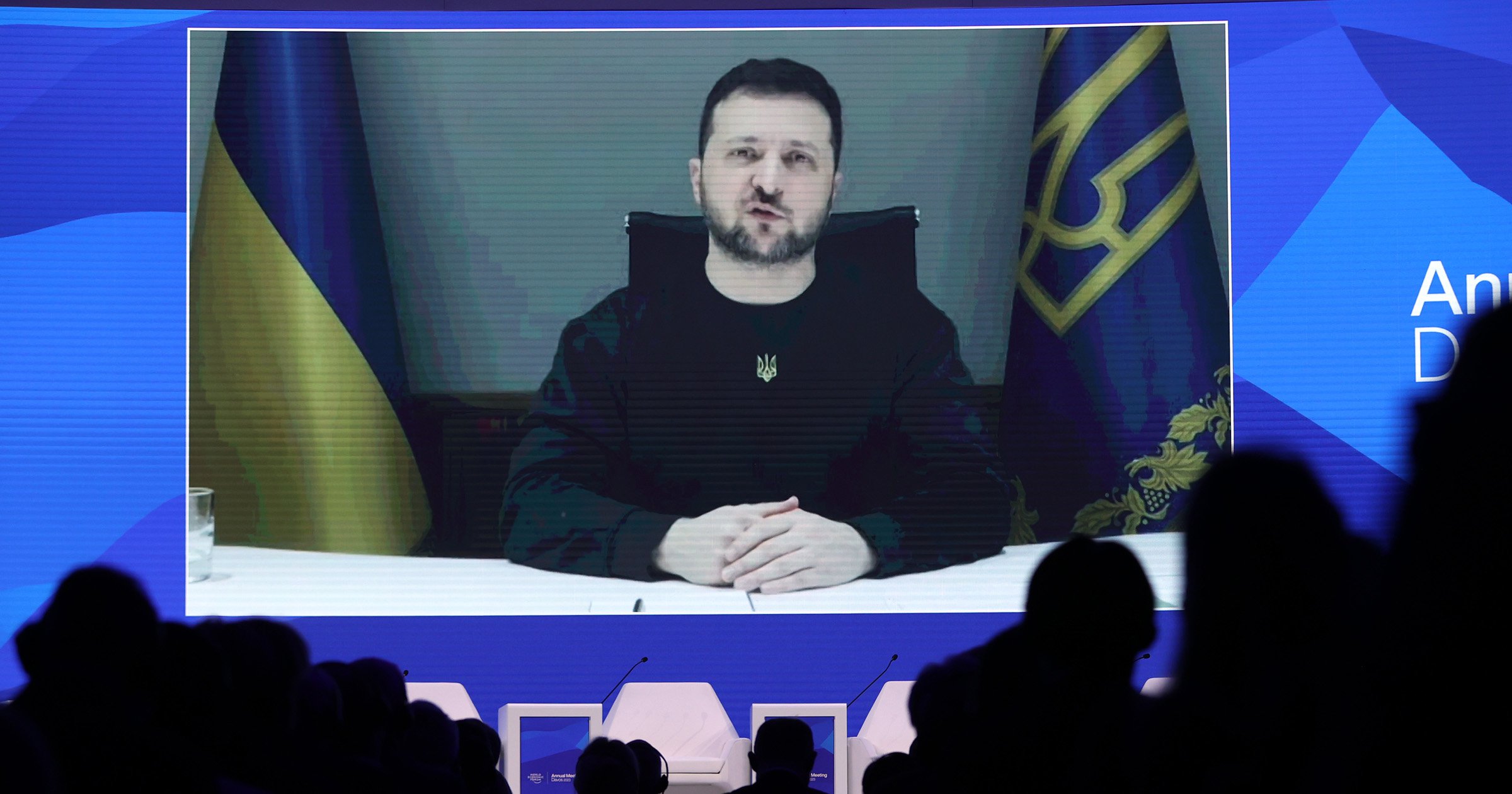 Volodymyr Zelensky has casted doubt whether dictator Vladimir Putin is alive amid ongoing speculation about his health.

The Ukrainian leader addressed the World Economic Forum in Davos, Switzerland, urging his allies to send more weapons to his army before new Russian offensives.

He commented on the topic of peace negotiations between Ukraine and Russia, and yesterday’s helicopter crash in the capital, Kyiv, in which 14 people died.

Ukraine has not yet claimed Russian involvement, but the president stressed there are ‘no accidents at war time’.

Among his comments about the enemy’s tactics, perhaps the one that raised the most eyebrows, was whether the Russian dictator had died.

Zelensky said: ‘Right now I don’t understand who to talk to. I am not sure whether the president of Russia is still alive.

‘I don’t understand that he’s still alive or that it is him particularly making decisions.

There is no verifiable evidence that Putin is seriously ill, and still less so that he has died.

But there has been much speculation that a body double may have been used for some appearances.

Experts believe Kremlin cronies would be keen to cover up his death in an attempt to cling on to power.

In May, Metro.co.uk reported that Putin’s health has allegedly been deteriorating for the past five years and that he had two surgeries in two weeks.

But officials stress that he is in good health despite persistent suggestions to the contrary.