Nicola Sturgeon has long been pushing the UK Government to permit a second Scottish independence referendum, claiming a surge in support for the split in recent years. But Lord Digby Jones, a former Labour minister, has suggested splitting from the UK could bankrupt Scotland.

The peer, a British businessman who has served as Director General of the CBI, pointed out average public spending in Scotland is significantly higher per person than the rest of the UK.

“The gap is paid for by (effectively) England. 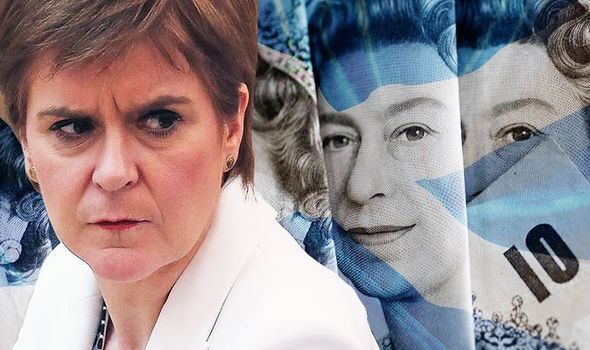 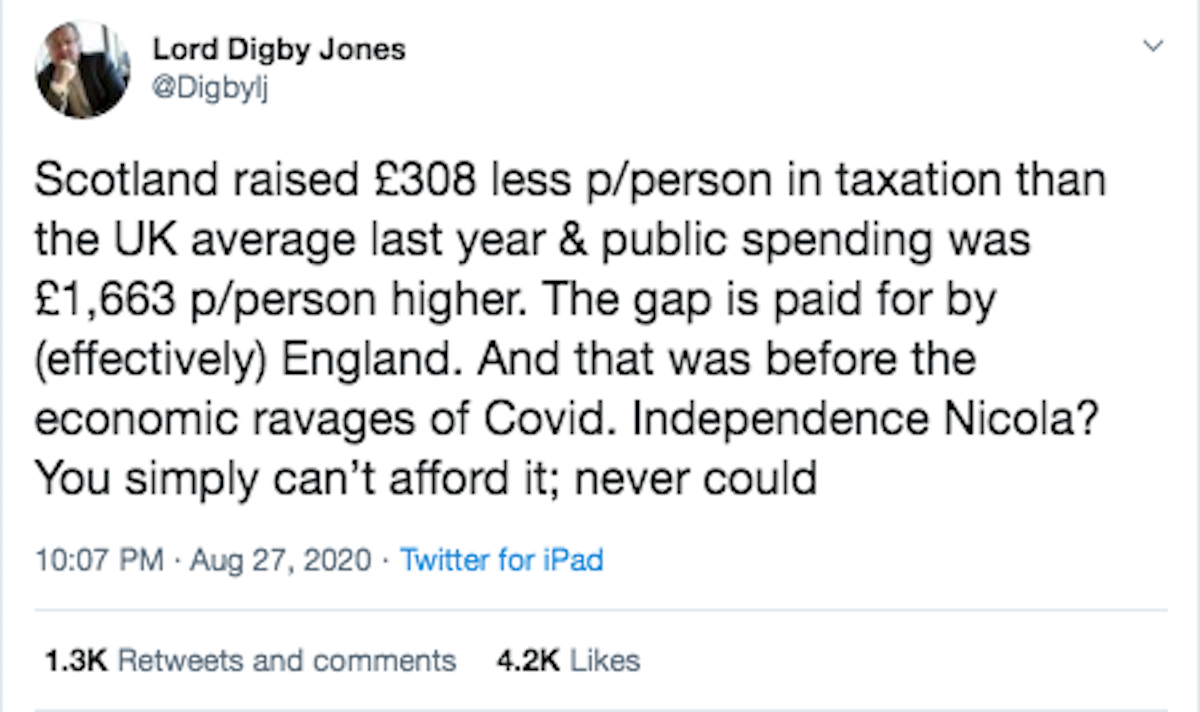 “And that was before the economic ravages of Covid.

“Independence Nicola? You simply can’t afford it; never could.”

The figures discussed by the peer come from the annual Government Expenditure and Revenue Scotland (Gers) report, which found that Scotland receives a “dividend” of £1,941 per person for being part of the UK – a total of the two sums.

The statistics were calculated ahead of the coronavirus pandemic.

JUST IN: Sturgeon warning: Scottish independence would be an act of ‘self-harm’ 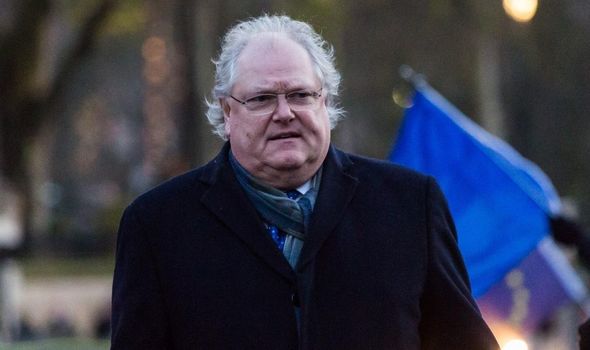 It is not the first time Lord Digby has claimed Scotland would go bust without England’s support.

Responding to a YouGov poll of 1,142 Scottish adults from August 6-10 which found SNP ministers were praised for protecting millions of jobs, Lord Digby accused Ms Sturgeon of taking the credit by spending money provided by the UK Government.

The survey found nearly half of Scots (49 percent) said Ms Sturgeon’s Government north of the border had performed well in protecting jobs, while 29 percent said it had done badly.

Half of those polled (50 percent) were positive about the work done to protect the Scottish economy during the coronavirus pandemic, compared to just under a third (31 percent) who had a negative view. 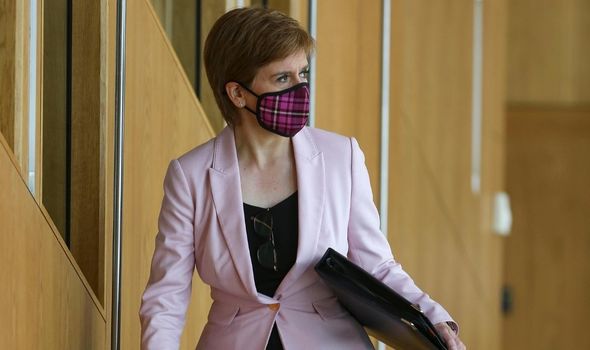 But the peer responded furiously to the survey, and wrote on Twitter: “So 49 percent of Scots think that La Suprema Sturgeon has ‘done well in protecting jobs in Scotland’.

“Amazing what you can achieve when, as all good Socialists do, you spend other people’s money then take the credit.

“Go on Nicola: tell ‘em it’s England’s money you’ve been spending & that Scotland would have been bankrupt months ago without England’s support.

“How does that fit with an independent Scotland Nicola?” 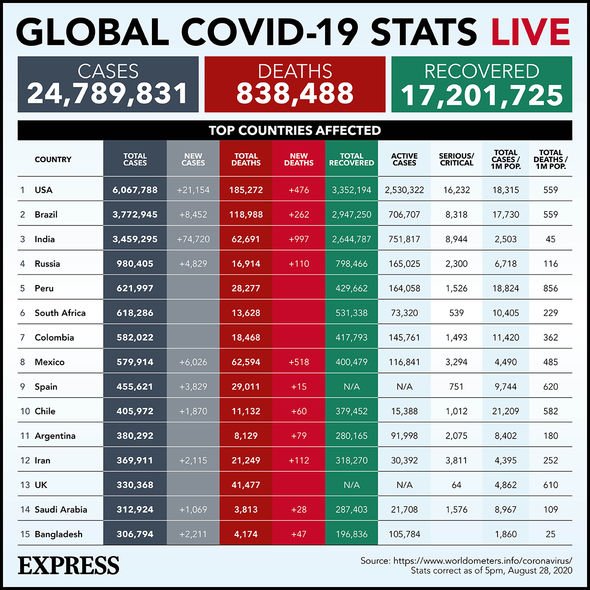 But despite the claims by the British businessman, support for Scottish independence appears to be growing.

A YouGov survey of 1,142 Scottish adults from August 6-10 revealed support for the split is growing.

This is driven by 30 percent of those who voted “No” last time and then Remain in the 2016 Scottish independence referendum, now saying they would vote “Yes”.