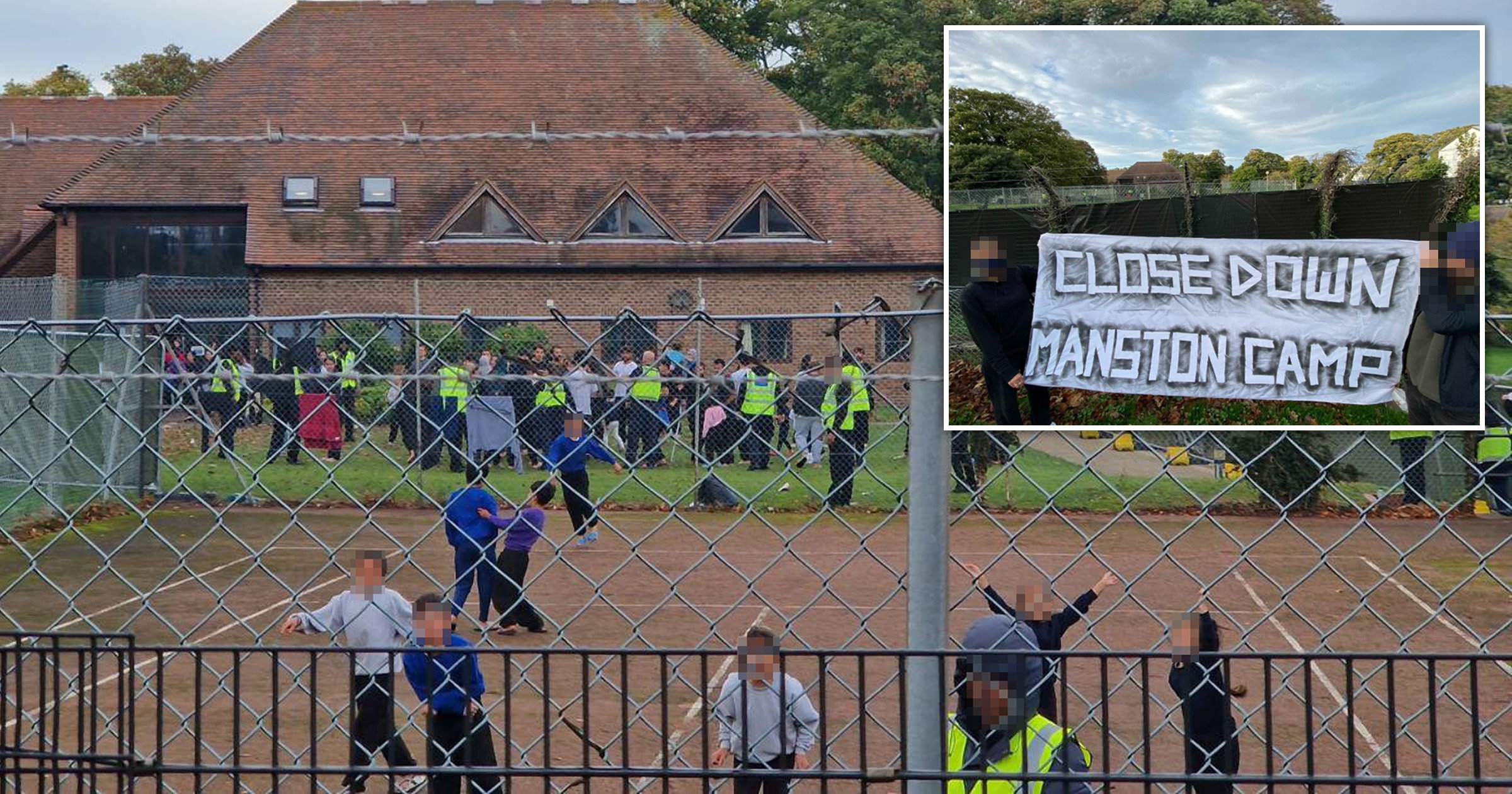 I immediately noticed the fences that were almost entirely covered by tarpaulin sheets to block the view into the Manston detention camp.

Through a gap, we could make out groups of families, including dozens of young children.

As soon as they saw us, the children waved and shouted to draw our attention, chanting ‘freedom!’ and ‘we need your help’. It was a haunting sound: the voices of caged children calling out to anyone who might be listening.

Some of the children broke through a gap in one of the fences and ran towards us before they were herded back into the main area of the camp by guards.

This is the reality of what’s happening at the Manston migrant centre.

On Sunday, I travelled from London to the detention camp known as Manston, which is a migrant detention facility near Ramsgate. I went to this facility with other members of Action Against Detention and Deportation (AADD), a coalition of anti-borders groups that includes SOAS Detainee Support, the All African Women’s Group and Stop Deportations.

The Guardian even reported that people in the camp are referred to by a number, not their name.

The situation at Manston was exacerbated by an attempted arson attack at a migrant centre in Dover.

AADD is calling for Manston to be shut down, but we are also demanding a complete end to immigration detention. More established facilities like Brook House and Yarl’s Wood are no more humane and they must be dismantled.

The Home Secretary, Suella Braverman, spoke in dehumanising terms earlier this week of an ‘invasion’ of migrants, inflammatory language that will only make this crisis worse.

I returned to London on Sunday night in a state of rage at what I had seen at Manston. I know that many people felt overwhelmed and despondent watching the footage of young children screaming for help, but we can’t allow ourselves the luxury of despair.

The people detained in Manston are fighting for their freedom, so let’s stand with them. On Sunday 6 November, I’ll be back outside the camp – this time with a bigger crowd – making more noise.

We won’t give up until Manston is closed for good.