As a gay man from Rwanda who migrated to the UK around 20 years ago, I find it appalling that the UK is planning to send LGBTQ+ people seeking safety to Rwanda.

It’s a country that currently doesn’t fully protect the rights of sexual and gender minorities.

Sadly, I know this reality all too well.

Growing up, I got bullied a lot because I was gay – or even just because I looked gay. In primary school, other kids called me ‘Cyabakobwa’ (the closest English translation would be ‘not a real boy but a girl’).

The bullying spilled over into violence; I was terrified of going to school.

When I started secondary school, it was even worse. I was physically abused by other students because they perceived me as gay.

Every student whose gender expression did not fit into Rwandan society was targeted. I was told that I should conform to ‘masculine’ norms if I didn’t want to face abuse. ‘Be a real man’, they used to say.

I tried to change the way I walked and talked, but nothing I did seemed to make things better.

Just like many Rwandan people, it has been the worst thing that has happened in my life. I lost many members of my family.

After the genocide, I thought that any sort of discrimination was over. It wasn’t.

As a teenager, I decided to tell a priest how I was feeling and that I was physically attracted to other boys. He ended up warning me that my feelings were sinful and I would burn in hell for them if I did not change.

I couldn’t believe that even a priest would not understand my misery. I was broken, hurt, and desperate. I wanted to die.

So I immigrated to the UK when I was 16. My arrival in this country felt like a blessing. It took me a long time, but I was able to accept my sexual orientation and live a normal life.

Following the genocide, Rwanda embarked on ambitious nation-rebuilding and a reconciliation programme designed to eliminate discrimination based on ethnicity. The country has made tremendous progress on that front.

Yet, Rwanda’s effort to eliminate discrimination has not properly extended to sexual orientation, gender identity or expression. Physical and emotional violence is a common experience for many people in Rwanda who are same-sex attracted, or for those who may not behave according to gender stereotypes.

Although the Rwandan Constitution does not criminalise homosexuality or same-sex relationships, it does not explicitly prohibit discrimination based on sexual orientation or gender identity.

Illegal arrests and short detentions of LGBTQ+ people are common in Rwanda under false charges, such as breaches of accepted norms or behaviour.

The Rwandan society – which is culturally conservative and largely influenced by religious views – still discriminates against the LGBTQ+ community using religious texts.

It is very difficult to ‘come out’ for fear of being stigmatised and excluded by the Rwandan community. LGBTQ+ people face rejection by their families, harassment and discrimination from students or teaching staff in schools, discrimination in the labour and housing markets, and eviction from their homes.

Many gay and lesbian people in Rwanda are forced to marry someone of the opposite sex for fear of being stigmatised, rejected and discriminated. The hope of many is that one day they will be able to live in a country where their sexual orientation or gender identity will be respected.

Hence, I struggle to understand how the UK Government would decide to go ahead with their Rwanda policy.

Having experienced the discrimination faced by LGBTQ+ people – or those perceived to be sexual minorities in Rwanda – I am shocked that the UK would deport people from our community there. Being a sexual minority in Rwanda means living in terror and violence.

In fact, I have friends who are still facing discrimination because of their sexual orientation or gender identity.

The UK is renowned for defending sexual and gender minorities’ rights.

Today, LGBTQ+ citizens enjoy many of the same legal rights, and the UK has one of the highest levels of freedom in the world for our rainbow community.

Why can’t the Government protect the rights of LGBTQ+ people seeking asylum who would have a chance to rebuild their lives in the UK?

We must not permit the goal of combating human trafficking to be misused in an effort to prevent people from applying for and receiving asylum.

I strongly condemn the UK Government’s decision to send LGBTQ+ people to Rwanda and I urge all human rights activists to oppose it.

The name of the author has been changed to protect his identity.

For information about how Rainbow Migration is supporting LGBTQ+ asylum seekers, visit their website here. 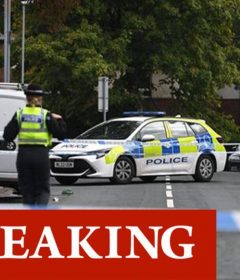