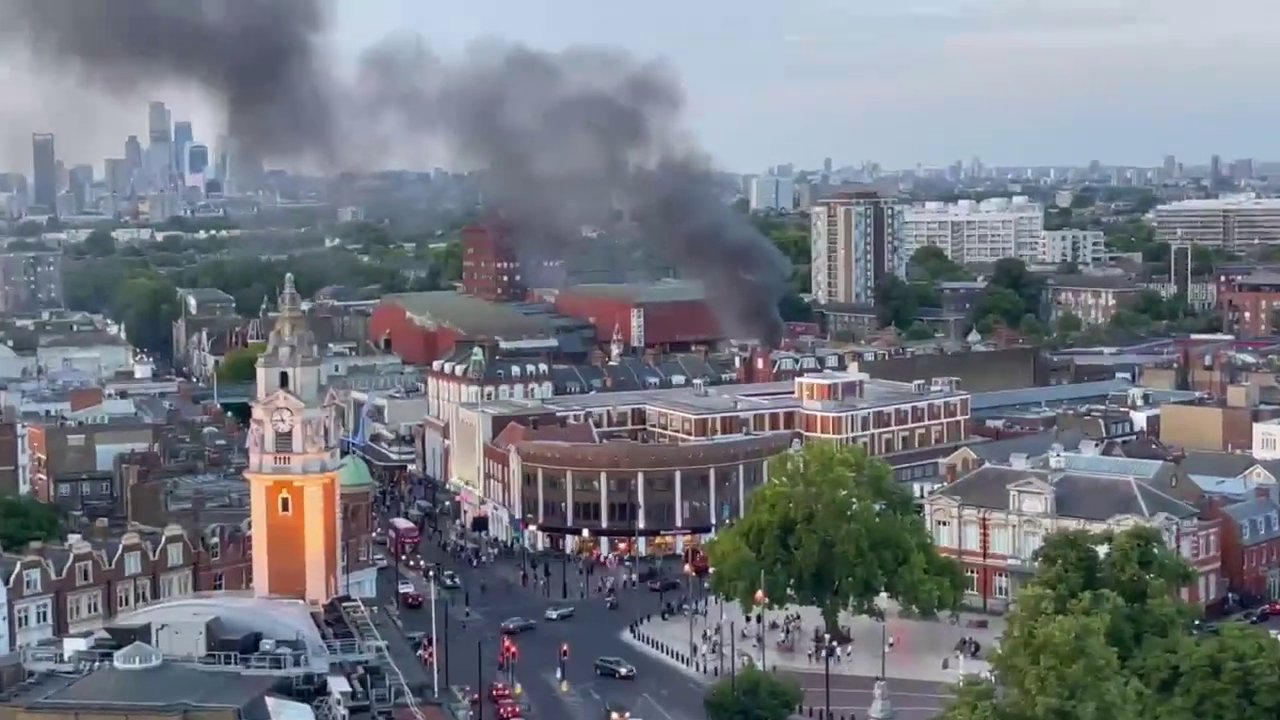 The area around Brixton Market has been evacuated after a huge fire broke out, with around 100 firefighters sent to the scene.

A three-storey warehouse on Electric Lane is alight, said to be used to store items for the adjacent market.

London Fire Brigade’s said 53 people had called 999 to report the blaze, with the first alert coming through at 8.58pm.

The cause of the fire is not known at this stage.

Brixton Market is a popular shopping and eating destination, next to the famous streets Electric Avenue and Electric Lane, where the fire broke out.

He said police and fire crews had evacuated the area.

Footage posted online shows an inferno, with photos from further away showing a pillar of smoke above the scene in south London.

Helen Hayes, MP for nearby Dulwich & West Norwood, tweeted: ‘Really shocking to see these scenes of a huge fire in Brixton.

‘My thanks to the @FireLambeth teams who attended the scene, and thoughts with the local businesses & residents affected.’