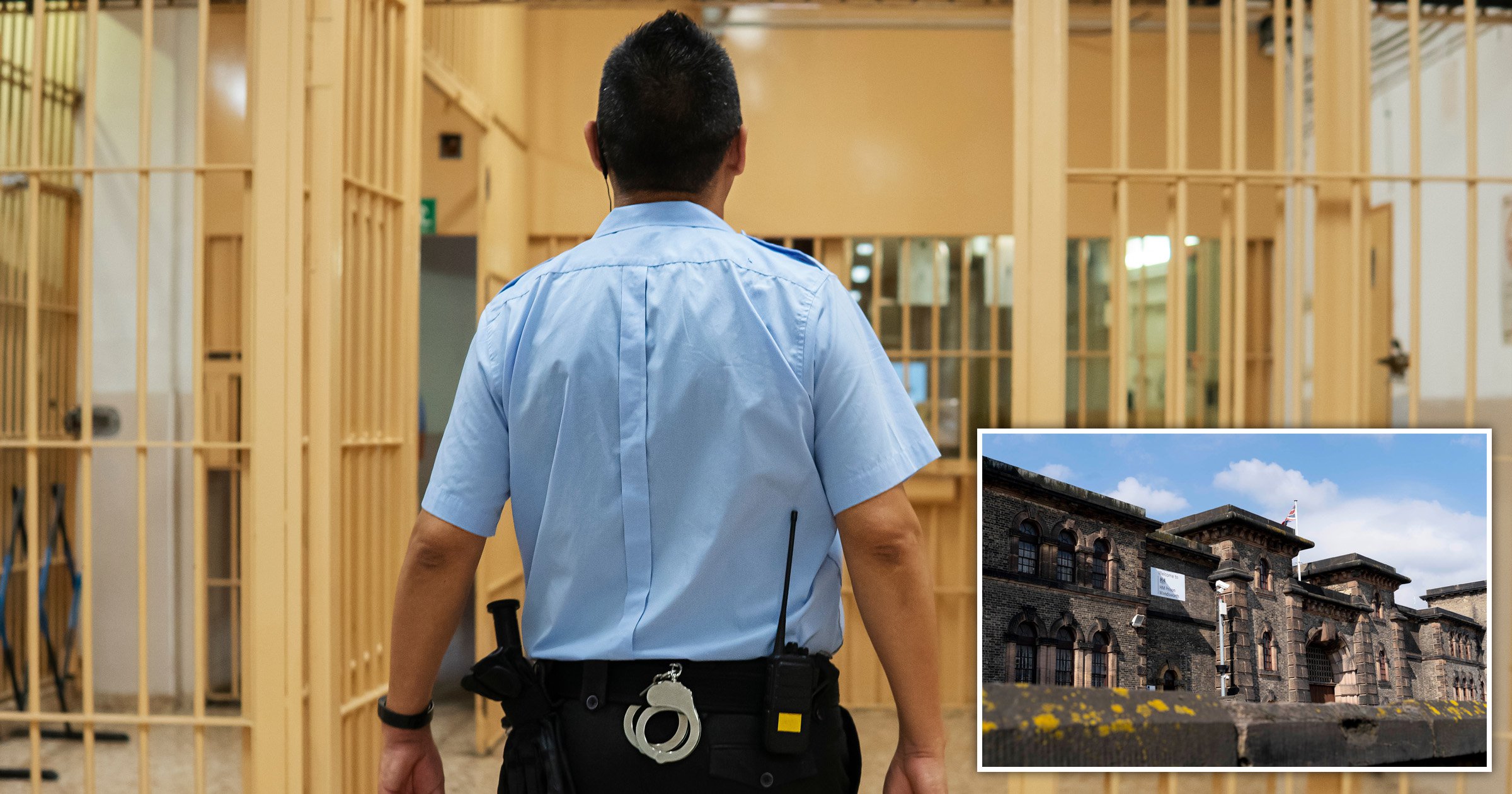 Shocking hostage incidents at British jails have included teachers being seized and a lifer holding a blade to another prisoner’s throat.

Victims were also attacked with weapons and in one case an inmate was tied up and placed underneath a bed, newly-released files show.

Details of 12 incidents over the past year have been released after a Freedom of Information Act request by Metro.co.uk.

In some instances, local prison staff had to call in national reinforcements as they spent hours trying to defuse siege and hostage situations.

Specially-trained officers with the National Tactical Response Group (NTRG) either intervened or were alerted, according to redacted incident logs.

The files also show that in some instances prisoners demanded creature comforts such as fast food, and staged bogus hostage-taking incidents to try and have their wishes met.

Prison reform campaigners greeted the disclosure with a call for changes to the ‘squalid’ prison estate in England and Wales – where inmates have been subject to further restrictions during the lockdowns.

The Prison Service responded with figures showing violence is falling, with calls for tactical support dropping by nearly 50% over the past year.

The teachers and one of the inmates were able to leave the ‘siege area’ after their captors smashed a window during the six-hour stand-off at the juveniles’ prison in Staffordshire.

The remaining inmates then began smashing up the classroom before making their way into a corridor through a partition wall. Two of the perpetrators were restrained by local staff and removed from the scene.

The three remaining young offenders then attacked staff with makeshift weapons as the disturbance spilled into the corridor. Both ends of the walkway were secured as staff withdrew before the trio surrendered to the NRTG shortly before 9pm, and were taken to ‘sterile rooms’.

The five ringleaders were each serving sentences of up to six years for robbery and assault offences.

At HMP Lowdham Grange on December 23, an inmate serving life for murder held a bladed article to another prisoner’s throat in an exercise yard at the Category B jail in Nottinghamshire.

The culprit, who has a violent history, covered himself and the apparent victim with a blanket as they moved around the space during a five-hour stand-off in the cold and rain.

The lifer refused to negotiate so the NTRG intervened and arrested both inmates with no major injuries suffered. The perpetrator was moved to a segregation unit and the other man was returned to his cell.

At HMP Durham on December 27, a prisoner armed with an improvised stabbing weapon dragged his victim into a cell where he and another inmate barricaded the door with furniture.

They had both been consuming home-made alcohol, according to a log of the five-hour incident.

The NTRG was called in due to ‘the intoxication levels and failure to make progress through negotiation’, the report states, with the incident concluding without injuries.

On April 17, another prisoner at the Category B jail in County Durham walked into a cell with a kettle of boiling water and told staff he had taken the two occupants hostage.

He covered an observation panel and made demands for pizza, cigarettes and to talk to the governor. The apparent hostage-taker claimed to have poured boiling water over one of the victims but staff said this was not corroborated by sounds from the cell.

All three surrendered, with the log stating: ‘They were all relatively inexperienced in custody and were sharing a vape, and they were deciding who would take the blame.’

At HMP Wandsworth on October 17 last year, a hostage had been tied up and placed under a bed by his cell mate, who was ‘periodically assaulting the hostage’ following a suspected fight.

A patrol officer attending a ‘cell bell’ call found a barricade had been placed behind the door during the incident, which lasted almost three hours.

The culprit surrendered with no major injuries reported and was taken to a Care and Separation Unit at the Category B jail in South London.

At HMP Doncaster, a prisoner apparently took a hostage on March 31 this year as he protested about having to isolate with another inmate.

The NTRG was called but negotiators were able to establish that the pair were colluding to deceive guards. One of the prisoners pretended to hit the other, but in fact was hitting a bed. They surrendered but ‘due to noncompliance had to be restrained by local staff’.

The reports relate to cases over the past 12 months where a ‘gold command suite’ was opened up for incidents lasting more than an hour.

Frances Crook, chief executive of the Howard League for Penal Reform, said: ‘After a grim decade marked by record levels of violence and self-injury, chronic overcrowding and squalid living conditions, it is surely time for a new way of working in prisons as we emerge from the pandemic.

‘Through its legal work and research, the Howard League has shown how the unfit disciplinary system in prisons adds to problems rather than solving them, creating a pervasive sense of injustice and fuelling conflict and overcrowding.

‘As jails ease out of total lockdown due to the pandemic, replacing a failed system based on punishment with restorative approaches built on communication, fairness and respect would help to reduce the prison population and make everyone safer.’

Calls for reinforcements at jails in response to disorder fell sharply over the past year, according to official figures cited by the Prison Service.

A spokesperson said: ‘Violence continues to fall in prisons, with callouts for tactical support falling by nearly 50% in the last year. ‘

‘Our hardworking staff and decisive action during the pandemic have saved thousands of lives.’