But Boris Johnson’s officials insist the UK remains on track for the removal of most restrictions on June 21 – despite a delay in a review of social-distancing measures. Concerns about the spread of the Indian variant in parts of the country mean ministers and officials want more time to study infection data. There are 43 Covid patients in the town’s NHS trust, compared to 12 that were receiving care on May 10.

Bolton, Greater Manchester, is recording more than 400 Covid cases per 100,000 people – 20 times the national average – following a period of exponential growth in the last month.

It takes several weeks for cases to turn into hospitalisations. However, Number 10 has said most people being hospitalised are either unvaccinated or have not been for both jabs.

Public Health England has found two doses of AstraZeneca or Pfizer’s jab provide a similar level of protection from the Indian variant as they do for the Kent version, which has raised hopes that hospital and death rates will not reach previous peaks.

Data published yesterday showed the Indian variant is now dominant in nearly 15 percent of authorities in England – almost twice as many as the previous week.

Samples from people infected with Covid in the week up to May 15 also show that the Indian strain had spread to 151 out of England’s 314 local authorities. 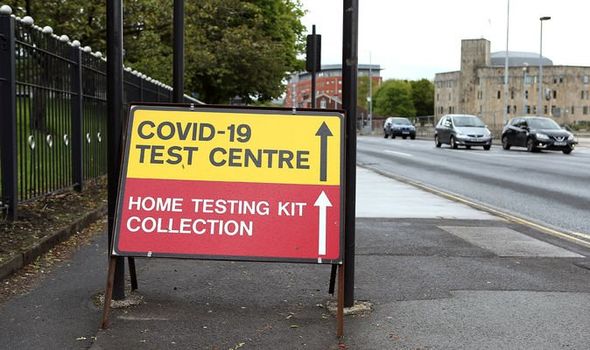 The mutant virus had overtaken the previously dominant Kent variant in 44 places, up from 23 the week prior. It is now behind 90 percent of Covid infections in Blackburn and eight in 10 in the hotspots of Bolton, Sefton on Merseyside, Croydon in south London and Bedford.

Downing Street sources admitted the Prime Minister will wait longer before publishing his plans for the future of the “one-metre-plus” rule, masks and other precautions.

Concerns about the spread of the Indian Covid strain in parts of the country mean ministers and officials want more time to study infection data.

It is understood the review results will be released after the Bank Holiday next weekend rather than by the end of this month.

But officials said “very encouraging” data about the effectiveness of the Pfizer and Astra-Zeneca vaccines against the Indian variant meant the longer review should not affect the target for ending the roadmap out of lockdown restrictions. Mr Johnson’s spokesman said the results of the review of social-­distancing rules would be published “as soon as possible” based on the latest data. 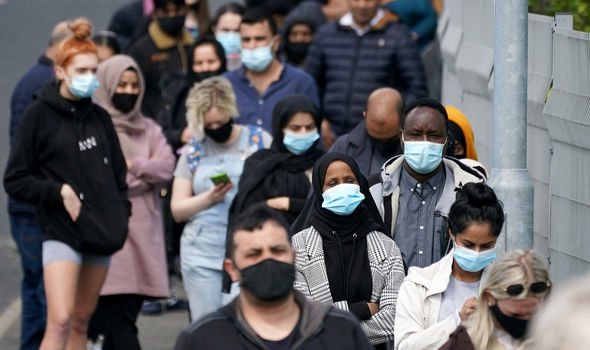 Asked to explain the delay, the spokesman added: “I think it’s reasonable for a new variant such as this and the need to gather as much data as possible to inform our decisions. It’s right to take the time to get that information before making those final decisions.”

Headed by Cabinet Office Minister Michael Gove, the social-distancing review is considering how and when to lift or amend the one-metre-plus rule and guidance for employees to work from home.

Lifting the one-metre-plus rule could mean pubgoers being allowed to order drinks at the bar.

Another review is considering the possible use of Covid certification, potentially through the NHS mobile phone app, for getting access to some venues or services.

Officials have said the conclusion of both reviews will depend on the latest data and evidence on the state of the pandemic in the UK and the impact of vaccines. The spokesman said: “That will allow us to make final decisions on issues such as certification.” 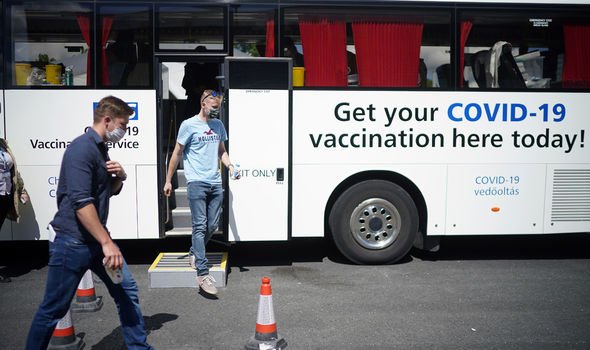 Mr Johnson’s roadmap out of lockdown leaves five weeks between each round of easing restrictions to give Government scientists time to monitor the impact.

He will give at least seven days notice to businesses if the widespread lifting of restrictions is to go ahead on schedule.

“We will update on the certification reviews as soon as possible once we have more data,” the spokesman said.

Asked about the Government’s assessment of the effectiveness of Covid vaccines against the Indian strain of the virus, he added: “Both vaccines provide very good protection against the variant first identified in India, which is hugely encouraging.

“I don’t think in either case it’s 100 percent and that’s not unusual. But the coverage is excellent and that very much backs up the need for the public to get both doses.”

A further three people died within 28 days of testing positive as of Monday, bringing the UK total to 127,724.