A man was shot by police in full view of the public during a ‘serious incident’ in London yesterday.

The watchdog has launched an investigation into the death on Creek Road in Greenwich on Friday afternoon.

Officers raced to the scene after receiving multiple reports of a man with a firearm in the area.

Scotland Yard confirmed a police gun was used during the incident and the man sustained a gunshot injury.

He was taken to hospital after being treated at the scene and is expected to recover.

Police said the incident was not thought to be terror-related.

A spokesperson for the Independent Office for Police Conduct (IOPC) said: ‘Today, shortly after 4pm we were notified by the MPS that a man had received a gunshot injury as the result of a police shooting during an incident in Greenwich, south London.

‘We have begun an independent investigation. Our investigators have been sent to the scene and (we have started) the post-incident procedures to start gathering evidence.’ 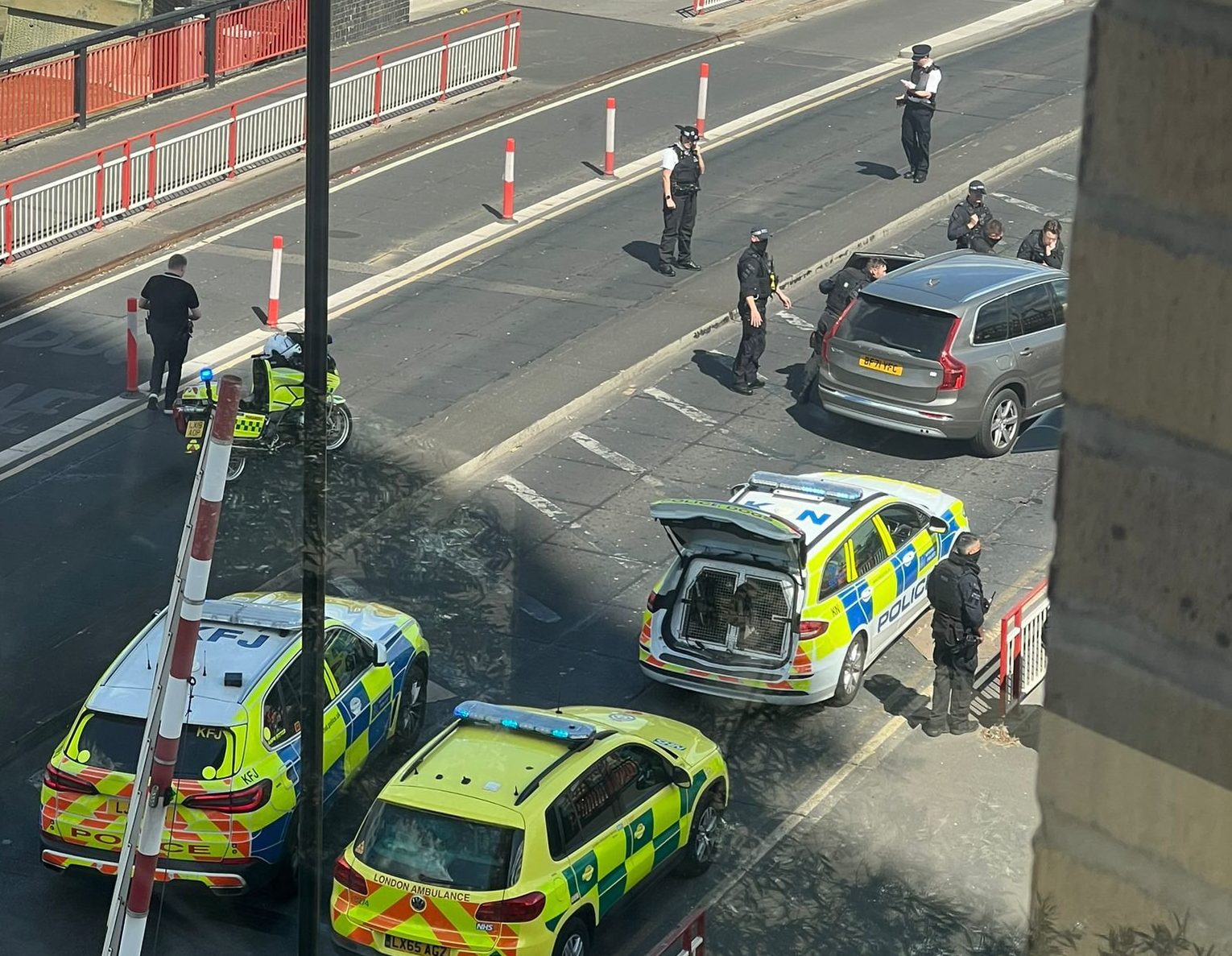 In a statement, the Met said it doesn’t believe ‘there is an ongoing threat to the wider public’.

Gemma Daly, 31, from Whitstable, was staying in Greenwich when she heard some shouting and then ‘a big bang’, which she believes was a gunshot.

She said she heard police sirens straight away, adding that the emergency services then started arriving.

‘Police were attending to a man on the side of the bridge,’ she said, adding that he was ‘clearly injured’ and several paramedics worked to revive him.

Ms Daly said police ‘started to go around’ a silver car which was stationary on the bridge.

Pictures of the scene showed emergency vehicles, including police cars and an ambulance, stopped in the middle of the road.

A London Ambulance Service spokesperson said they had sent multiple resources including medics from London’s Air Ambulance to the scene.

They said: ‘We treated a man at the scene and took him as a priority to a major trauma centre.’