'Homophobic' attacker still not captured despite boss identifying him on CCTV 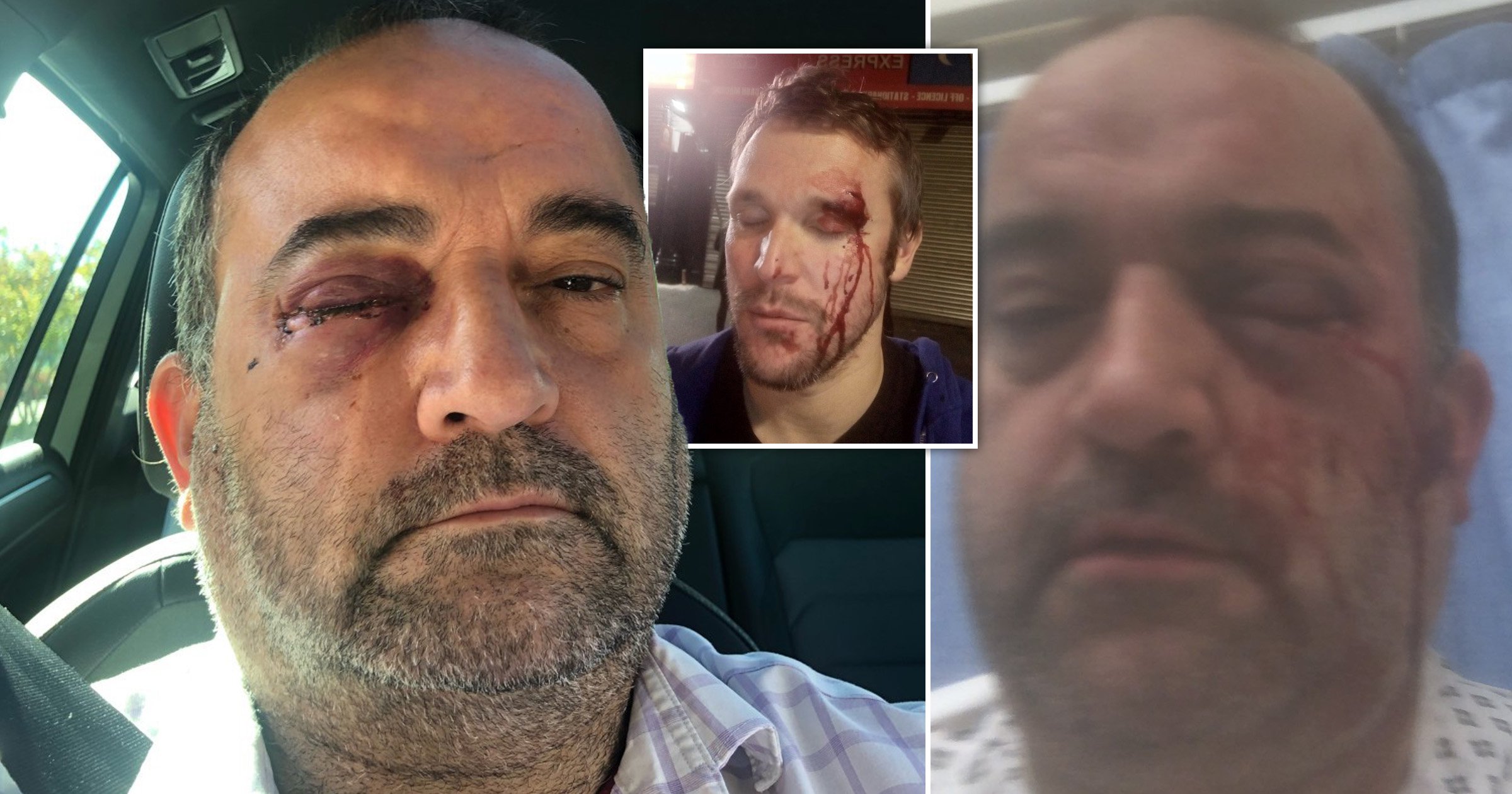 The victim of an attack in Birmingham’s Gay Village has told how he was left almost blinded after being punched unconscious by a stranger.

Matt Brooks was sitting eating chips on the way home from drinks with a friend in the city centre when he was struck without warning.

His left eye socket was broken in two places, with only the quick reaction of people in the vicinity and an emergency operation saving his sight.

The assistant pub manager said no one has yet been caught for the assault – which he believes was a homophobic attack – even though the culprit has been identified from CCTV by his boss.

In the hours before being targeted he had finished a double shift at a pub that ended shortly after midnight on Thursday, September 30.

After meeting a friend for a couple of drinks, the 52-year-old sat down outside the Equator bar on Hurst Street to eat some chips at 2.10am.

‘I wasn’t being lairy or anything like that,’ Mr Brooks said.

‘He hit me so hard I can’t remember what happened but I can remember thinking I would stop for some chips because I was hungry, I hadn’t eaten.

‘Apparently I was sat outside the bar when some guy came along with a lady friend and said something, I don’t know what. I got up and he punches me one and I fell straight to the floor. It was completely unprovoked.’

Mr Brooks came round to find himself sitting up with his friend, John-Paul Kesseler, and an off-duty fireman helping him.

‘They were trying to help me and I kept on going limp and falling and they were saying, “wake up, wake up”,’ he said.

‘They got me into a police car apparently and took me to the hospital.’

Mr Brooks needed emergency surgery to save his sight at A&E in Birmingham City Hospital.

He was left with blurred and double vision and his eye is still clouded with blood. Mr Brooks is off work and will need a check-up in two months to see if he requires further eye surgery.

‘Fortunately my friends found me straight away and I had the operation immediately, otherwise I could have lost my sight.’

Mr Brooks, from Edgbaston, reported the incident to West Midlands Police at the time and also shared his ordeal on Twitter after John-Paul was bottled in a separate attack.

The assault is the latest in several that have taken place in the Gay Village over the last few months.

John-Paul was himself injured when a wine bottle was thrown at his head as he walked hand-in-hand with a man in the city centre in the early hours of Sunday. In the seconds beforehand, a man in a car shouted: ‘you should not be doing that’.

Mr Brooks, who is gay, believes that because of the time and place, the fact it was unprovoked, and the string of other incidents, it could only have been a hate crime.

In a tweet, he asked West Midlands Mayor Andy Street: ‘What are you going to do about these homophobic attacks?’

‘My boss identified the man as someone who tried to blind a guy with a belt buckle over a cab,’ Mr Brooks said.

‘We have the evidence including the CCTV and from eyewitnesses who saw everything.

‘We reported it to the police on the Thursday but Saturday was the first time we heard back, they hadn’t assigned anyone to the case.

‘It was my friends who work for local government who got everyone involved.’

A police spokesman said: ‘We have now contacted the victim and our investigation is progressing.

‘Hostility and prejudice towards people because of their race, sexual orientation, disability, faith, age or gender is a hate crime. And, like all hate crimes, we will investigate and pursue offenders with vigour.’