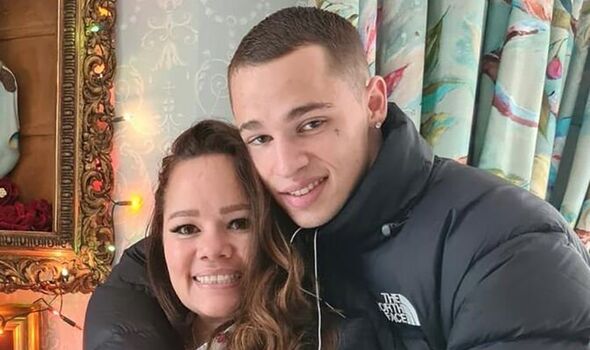 Brandon Marbaix was 22 when he managed to locate a lost bank account that had been opened by his mother when he was 10-years-old. The children’s saving account, which was opened through Natwest, had £300 in it when it was recovered.

Brandon told The Mirror: “My mum set it up for me when I was 10-years-old.”

Brandon, who was homeless at the time, said he was able to use the money to put the deposit down to rent a flat – but it took him four months to get it back.

“It was such a lengthy, complicated process to get it back manually through the bank,” he said.

Now, with the launch of new simplified money dashboard Gretel, he’s encouraging everyone to check if they could have money in a forgotten bank account.

“You could find a forgotten pension or savings from your great grandparents – the reality is that you have nothing to lose and everything to gain from checking.”

Around 19.6 million people in the UK are missing out on dormant or unclaimed money, according to figures from Gretel.

Around 44% of UK adults think they may have a lost or dormant account.

Gretel launched in April to help reunite consumers with lost and dormant accounts in the middle of the cost of living crisis.

The site works by partnering with banks and agencies to access the databases of dormant accounts.

There are nearly 20 million customer accounts with a combined value of over £50 billion that have been lost or forgotten by their rightful owners, in the UK alone, its findings show.

“Knowing the scale of what Gretel can achieve for people in the UK and how we can help people reconnect with their lost savings, pensions and bank accounts at this time.

“We are transforming a process that can take up to three months into three minutes and I am delighted that we have a chance to make a difference in people’s lives.”

OneFamily, the UK’s largest child trust fund (CTF) provider, is one of the first companies to sign-up to the new centralised hub.

OneFamily’s head of investments, Paul Bridgwater said: “If a OneFamily CTF isn’t claimed when the young person reaches 18, the money continues to be held safely with us and receives the benefits of the fund until the young person gets in touch.

“We’re making substantial efforts in reuniting people with their money, so we’re pleased to be working in partnership with Gretel, which is an invaluable tool for young people looking for their CTF. What’s great is that it’s entirely free and is easy for them to use.”

Duncan Stevens added. “At a time when the cost of living in the UK is at its highest level in 30 years, getting the £50billion of dormant, lost and unclaimed money from savings, investments and pensions back into the hands of the consumer, where it belongs, is more important than ever before.

“Consumers have historically faced an array of barriers relating to cost, complexity and mis-communication when it comes to tracking down lost accounts; Gretel will help them overcome these hurdles and finally get back what is rightfully theirs.”

Despite the average value of a lost investment being over £2,800, a lost pension policy can typically be even greater averaging more than £23,000 in value.

Forgotten money – how does it happen?

Many of these ‘lost’ accounts develop when people open new accounts and forget to close down old or unwanted ones.

A bank may deem an account as dormant after a period of prolonged inactivity.

At this point, they may send out letters to verify you still hold the account – and wish to keep it open.

If they receive no response, or the letter has been ‘returned to sender’, it is likely the account will be archived until further notice.

Jody Coughlan, head of money at comparethemarket.com said: “It is concerning to see how many people have over £100 million sitting in these unused zombie accounts.”

Whilst it is a good idea to have a “rainy day fund” set aside in case of emergencies, the fact that so many people don’t regularly check their additional accounts is a risky move to take.

“It is really important to regularly check your personal finances for unusual activity and prevent financial losses.

“Unused accounts are easy targets for hackers who might be able to steal hundreds of pounds without it being detected.

“Similarly, recurring direct debits from forgotten accounts can cause customers to unknowingly go into their overdraft and incur hefty fines.”

You can use your credit file to check for these bank accounts, as your report will show all active accounts in your name. Pensions and investments, however, are unlikely to show up.

The government’s online Pension Tracing Service can help you track down any lost money you have available elsewhere. You can use the tool to:

Remember if a close relative has died without taking their pension, you may be eligible for that pension fund cash too.

If you are dealing with someone’s affairs after their death, you should check their paperwork to see if they had any personal or workplace pension schemes in place.

For lost insurance policies, If you know the name of the insurance company that you’ve previously had contact with, try the free Policydetective.co.uk website to find its contact details.

Again, like the pensions tools we mentioned above, you will need to get in contact with the company yourself.

But for travel, home and other insurance policies, you may need to do some digging yourself as there is not a central database as such.

You could try checking your bank and credit card statements to see which companies you have paid money to.

With people moving homes, changing jobs, or simply not noticing when their letters stop arriving in the post, it can be incredibly easy to lose track of your pension and end up with a number of scattered pots before retirement.

The Pension Tracing Service estimates there to be billions in forgotten pension schemes right now.

There are also more than 200,000 schemes in the UK and with the average person changing jobs 11 jobs in their lifetime, it can be very easy to lose track of where each pot is going.

Alternatively, you could try the Pensions Advisory Service, another free service providing lots of useful tips, advice and search tools.

According to the Money Advice Service, there’s currently £850million sitting unclaimed in British bank accounts – often because the person failed to close their old one down when they switched to another lender.

Fortunately, it is easy to check using a free online service called My Lost Account.

This is run by the British Bankers’ Association (BBA), the Building Societies Association (BSA) and National Savings and Investments (NS&I).

It covers more than 30 banks and all 44 UK building societies and it will help you trace any lost personal accounts that have been listed as ‘dormant’.

It is particularly useful in instances where a bank or building society has closed or merged. Banks and building societies say they aim to respond within three months.

If you think you may have money sitting somewhere but My Lost Account shows no indication of it, check your credit file instead as this will list all of the accounts – including joint ones – currently open in your name.

The My Lost Account service can tell you if you hold any Premium Bonds which you may not have been aware of.

You can also find out if you’ve missed out on any prizes by visiting NS&I and checking its online prize checker.

For backdated winnings, you can download a list of all unclaimed bond numbers online or get in touch with NS&I directly.

Bear in mind that bonds that were bought more than 30 years ago are unlikely to have a Premium Bond holder’s number associated with them – you’re likely just to have the individually-numbered bonds. If that’s the case, you can write to NS&I to ask for one.

All kids born between 2002 and 2011 were given a Government bonus of £250 each, with another £250 coming later if the parents had low incomes, but more than one million such bonuses were classified as ‘addressee gone away’, meaning they have not been claimed.

The scheme, set up under Gordon Brown in 2005, gave parents a head start in saving for their child’s future, as well as ensuring that every child arrived at adulthood with a nest egg, no matter what their background.

However, while the average balance of these accounts is now £2,175, The Share Centre estimates that much as £1million could be lost.

To find out if you, or more accurately your child, might be one of them, submit a request via GOV.UK – you’ll need a Government Gateway ID, which you will already have if you submit a tax return.

To track down a child trust fund parents can use HMRC’s dedicated page.

Parents will need to provide both their own information as well as that of their child, and once it has been submitted they should receive the information on where the child’s child trust fund is held within 15 days.

It’s not uncommon for people to pass away without a will or next of kin, and in cases where it happens, the money goes onto an official list, and then to the Treasury if unclaimed.

If you know of a relative who has died in the past 30 years and may have left behind unclaimed assets, you can try to track them down. This can be done for free using the Government’s Treasury solicitor or for a fee through a private firm.

Through it you can check the names of those who passed away and left unclaimed assets going back to 1997.

Relatives have 12 years to come forward to claim their inheritance. The ultimate deadline is 30 years but this is at the discretion of the Treasury Solicitor and it will not pay interest for the final 18 years.

Because the list is public, genealogical firms like Finders International, Title Research and Fraser & Fraser also frequently look to see if there is anyone easily traced who could be owed money.

They then contact the people who could be in line for the cash and offer to check to see if they are due payments.

This can result in a fee – either fixed or a percentage of the inheritance – if you end up getting money, but is generally free to check if you are eligible.