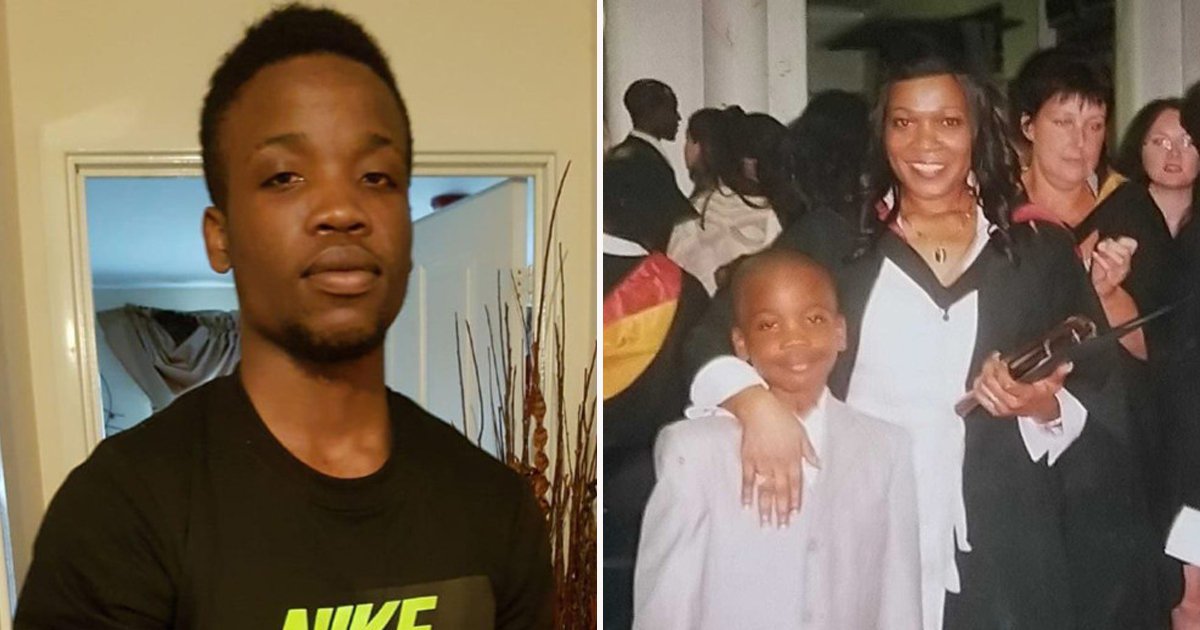 A severely autistic man who faced being expelled from the UK to Jamaica will be allowed to remain after the Home Office abandoned plans to deport him.

Osime Brown, 22, left the Caribbean island with his mother aged four and has no memory of the country or family ties there.

But he was facing deportation after serving a prison sentence for stealing a mobile phone with a group of friends, despite claiming he had tried to stop the street robbery rather than take part in it.

Osime’s mother, Joan Fairclough, had fought to halt his removal, warning that without friends, family or a support network he would die.

She previously told Metro: ‘He has no one in Jamaica, no one, it is impossible that he could have recollection of Jamaica.

‘They don’t have the capacity to deal with someone like my son. Even in the UK where there are resources, he was neglected failed and let down, much less in Jamaica.

‘People in Jamaica treat people like my son like a curse, people out there would treat him, I would say like a leper. So sending him back there is sending him to his death, it is impossible for him to survive out there in Jamaica.’

The Home Office scrapped plans to deport him on Tuesday.

Ms Fairclough thanked everyone who had campaigned for on her son’s behalf in a statement after the decision was announced, saying: ‘Without you my family would have been lost and my son, Osime, would have been condemned to a very short and miserable life.’

She said she hoped the case would be a ‘learning curve’ for the authorities, to ‘know that they are dealing with real people, real lives, and when they make wrong choices or decisions people are injured, sometimes to a point of no return’.

Speaking to the Guardian, Ms Fairclough praised the Home Office for making ‘the right decision to allow Osime to stay with his loving, caring family’.

She added: ‘Thank you for allowing my son to stay in his home and in the only country he has ever truly known.

‘We are grateful. This goes to show that you can respond in a dynamic and just way. God bless you.’

Osime has profound learning difficulties and has been diagnosed with post-traumatic stress syndrome as well as a heart condition.

His campaign attracted the attention of a number of MPs and a petition to keep him in the UK garnered almost 430,000 signatures.

A Home Office spokesperson said all foreign nationals convicted of crimes with a sentence longer than 12 months are automatically considered for deportation.

They added: ‘The Home Office reviews all cases when new information is provided and all decisions are made in accordance with the law.’