Harry has revealed the necklace allegedly broken by Prince William during a physical argument.

His new memoir, Spare, claims that the Prince of Wales attacked him during over a row about his marriage to Meghan Markle.

The alleged confrontation took place at Harry’s London home in 2019.

He said it left him with a visible injury to his back after William grabbed him by the collar and ripped his necklace before knocking him to the floor.

He wrote: ‘I landed on the dog’s bowl, which cracked under my back, the pieces cutting into me. I lay there for a moment, dazed, then got to my feet and told him to get out.’

During an interview last night with Stephen Colbert on the Late Show, Harry revealed the necklace to the audience.

He explained how it had been fixed since the alleged altercation with William and now featured a depiction of his children’s cardiograms – which shows their heartbeats.

The necklace was a gift from Meghan, he told Colbert. 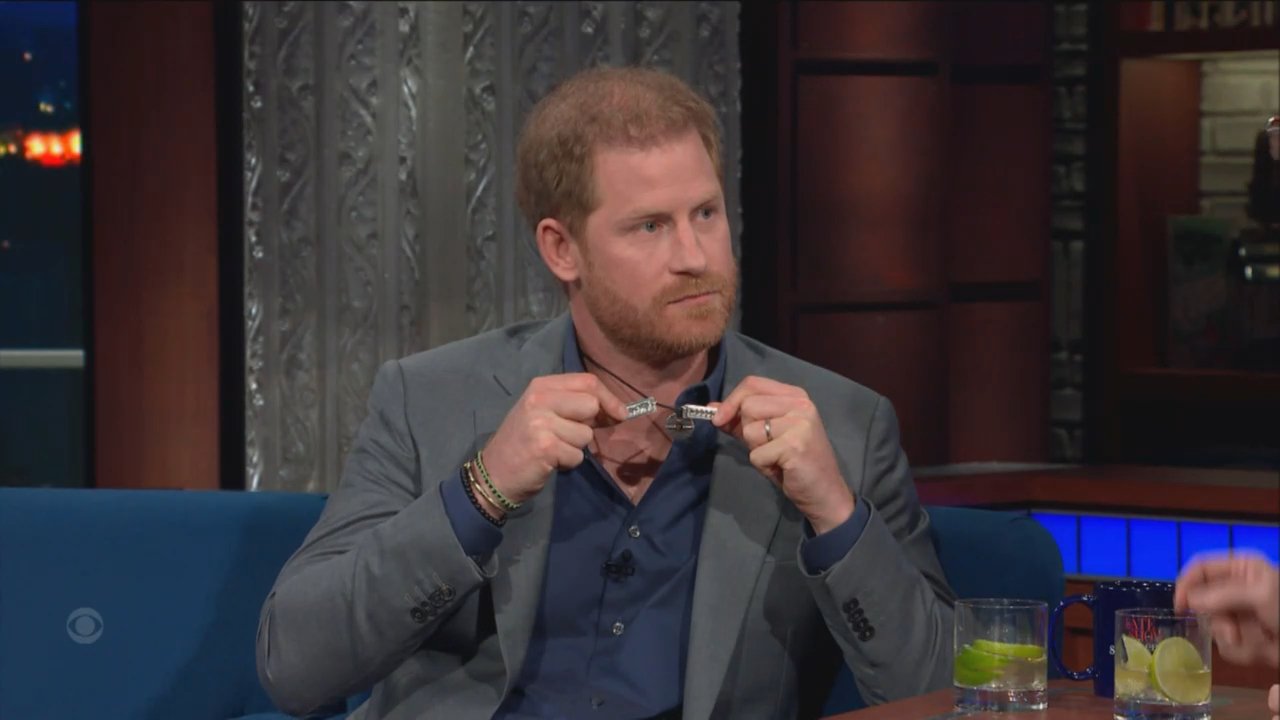 In last night’s interview, the Duke of Sussex denied boasting about killing 25 Taliban while serving as a soldier, as he claimed of ‘very dangerous’ lies about his memoir.

‘Without a doubt, the most dangerous lie that they have told, is that I somehow boasted about the number of people that I killed in Afghanistan,’ Harry said on The Late Show.

Get all the latest updates on Metro.co.uk‘s dedicated Prince Harry page.

He noted the context in which the reference appeared in the book, before saying: “I should say, if I heard any one boasting about that kind of thing, I would be angry. But it’s a lie.

‘And hopefully now that the book is out, people will be able to see the context.

Harry also revealed the thing he’ll remember most about the late Queen.