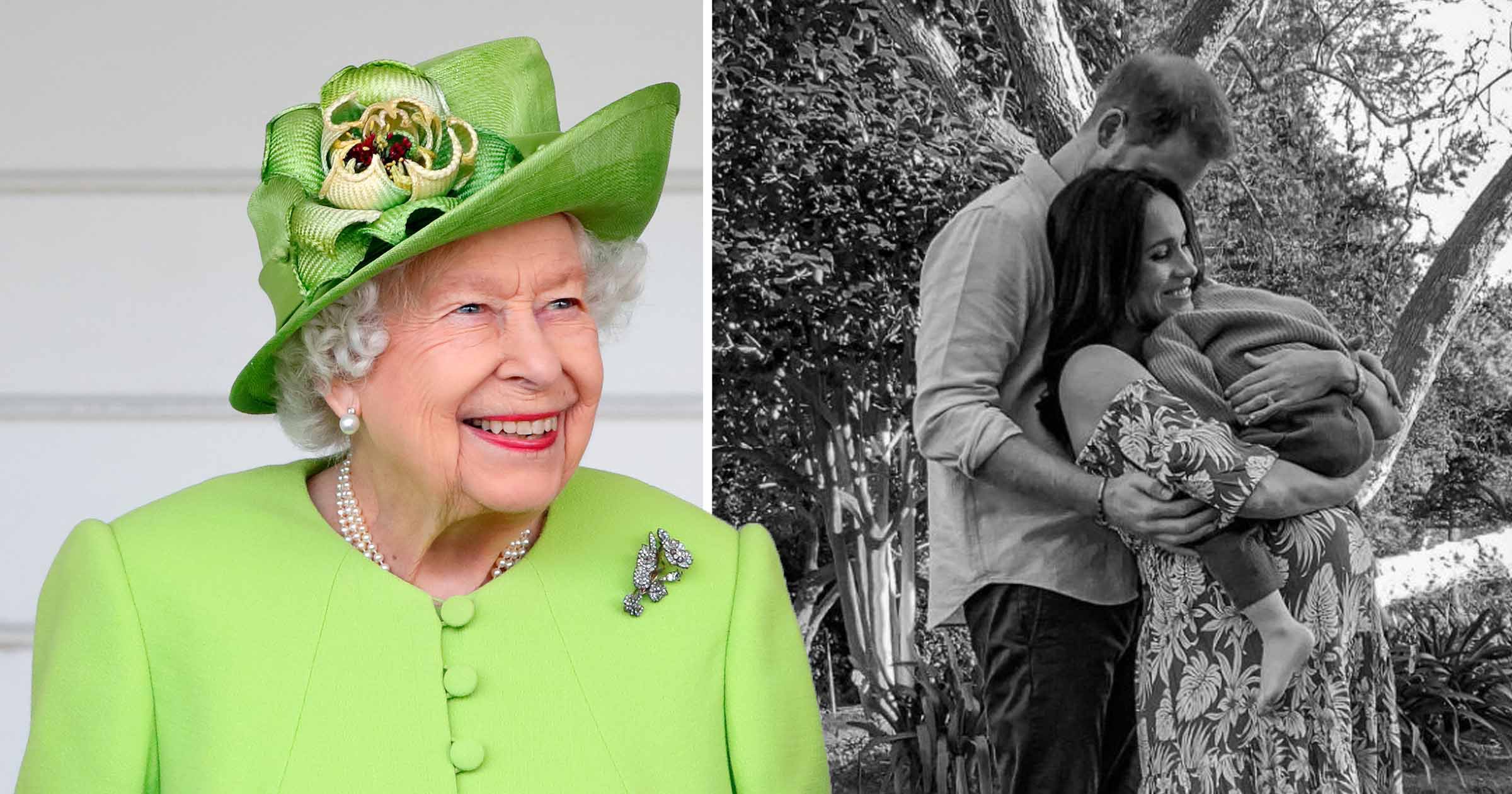 Harry and Meghan want their new daughter to have a royal christening in front of the Queen, insiders claim.

Lilibet Diana was born in June 6 and is yet to meet any of her English relatives. But now, her parents are planning for her to be christened in front of her grandmother, a source quoted by the Daily Mail has said.

Harry apparently spoke about his wishes when he travelled to the UK to unveil a statue of Princess Diana earlier this month.

The source told Eden Confidential: ‘Harry told several people that they want to have Lili christened at Windsor, just like her brother.

‘They are happy to wait until circumstances allow.’

Lilibet’s brother Archie was christened at St George’s Chapel, at Windsor, in 2019.

Harry and Meghan were extremely private about the ceremony and only invited 25 guests – but they did not include the Queen.

Meghan has also had her own royal christening of sorts.

Despite going to a Catholic high school, Meghan was baptised into the Church of England in 2018 by the Archbishop of Canterbury at the Royal Chapel.

If the family did return to the UK for Lilibet’s christening, it would be the first time both Meghan and Archie visit the country and their relatives since the Sussexes quit as working royals last year.

Harry has been back twice before, once for Prince Philip’s funeral and most recently to reveal a statue for his mum at Kensington Palace.

It comes after a row over whether Harry and Meghan asked for the Queen’s permission to use her nickname – Lilibet.

Sources told the BBC the Queen was never asked but the Sussexes denied this, saying the Queen was the first family member Harry called about his second child.

They said in a statement: ‘During that conversation, he shared their hope of naming their daughter Lilibet in her honour. Had she not been supportive, they would not have used the name.’