Half-sister of missing rapist claims he was ‘wrongly convicted’ 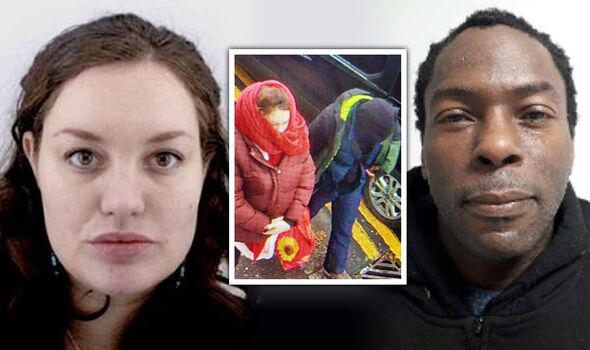 Mark Gordon’s half-sister is pleading for him to get in touch as she claims he was “wrongly convicted” in the US. Karen Satchell has made a direct appeal to her half-brother over fears he is being “publicly persecuted” after he went missing with his partner Constance Marten and their newborn baby, more than two weeks ago. Gordon was previously convicted of four counts of sexual battery in the US at aged 14, after he held a neighbour hostage at knifepoint. He spent 20 years in prison for the conviction. But Ms Satchell claims he was “wrongly convicted”, the Daily Mail reports.

She said: “He has done 20 years of persecution in a jail and now he is being persecuted publicly when he is just trying to start his life all over again. They are making it like Mark has kidnapped her and taken her off and that is not the way.”

“I know my brother.

“If I could say one thing to him it would be, “Mark, reach out to one of us, reach out to me and let me know what is going on, I will do whatever I can to help.”

Aristocrat Constance Marten, 35, known as Toots to her friends and Gordon disappeared on January 5 after abandoning their burning car on the hard shoulder of the M61 near Bolton.

A friend of Ms Marten, whose family used to own the £100milllion Crichel House estate set in 5,000 acres in Dorset, claims she was once “brainwashed” by Nigerian cult leader T B Joshua.

She claimed that she was “traumatised” upon her return to the US and believe she had now fallen under the influence of Gordon.

T B Joshua has been known to attract tens of thousands to Africa who want to follow his teachings which claim that his prayers could help heal the sick through the “supernatural power of God bringing health to the human flesh”.

Ms Marten’s friend claimed she was “darker” when she came back.

She said: “She was not the same person when she came back. She always used to be wild, but also happy, kind and buoyant

“She never told us what really happened. T B Joshua was a God-like figure. It was scary, and I believe it changed her. It was a huge part of her life.

“Toots used to travel a lot from a young age but when she returned from Nigeria, there were strained relations with her family.

“She was still exuberant in everything, but she found relationships very hard. It was like she came back totally f*****. She was more rebellious. She thought she had recovered, but it was difficult for her.”

The last sighting of the pair was near East Ham underground station in London after taking a taxi from Harwich in Essex.

Taxi drivers have reported hearing a baby in the cab.

Ms Marten’s father, Napier Marten said the family are “deeply concerned” for the welfare of his “darling” daughter.

Mr Marten, who is a former page to the later Queen said it is “beyond painful” to see her “so vulnerable”.

The Metropolitan Police appealed to anyone who has information about the couple’s whereabouts to call 020 7175 0785. Information can also be reported anonymously to Crimestoppers on 0800 555 111.