Grenfell fire survivor: I just feel defeated in all aspects

Two years after the Grenfell fire, a bereaved survivor is living in a hotel because the home he was offered flooded and became a fire risk.

Bobby Ross, 29, whose Dad died in the blaze, said he was supposed to move into a flat in Kensington but hasn’t because water was flooding the patio and pouring through a light fitting in the ceiling.

He said he feels like he is stuck and unable to move forward with his life.

“I feel like every time I’ve tried to take a step forward, I’m taking 10 back. I just feel defeated in all aspects. I am depressed, I don’t sleep or eat.

“I have been waiting for my tenancy for more than a year and then once I accepted I had a flood which had come through the lights and was a major fire hazard.

“I feel like I am being forced to live there, they keep saying they have fixed it but I have no faith in them.” 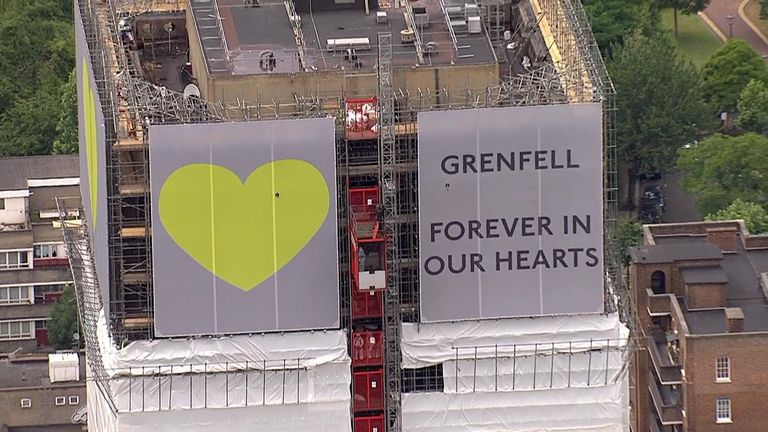 Kensington and Chelsea Council told Sky News that the problem has been fixed and the flat has been ready to move into for more than a week.

Cllr Elizabeth Campbell, leader of Kensington and Chelsea Council, said: “We have been working hard to make the properties we bought for the bereaved, survivors, and their families into a place they can call home, working with them to do so in incredibly complex circumstances.”

Mr Ross is one of 17 families who are still not living in a permanent home since the Grenfell fire. He lived on the 15th floor of the west London tower block with his dad, Steve Power, who was one of the 72 people who died.

Mr Ross was out at the time of the fire and returned in the early hours to see it take hold of the building. He waited outside for 48 hours with his older brother, desperate to hear news of his father.

Also searching for information that night was Karim Mussilhy, whose uncle Hesham Rahman died in the fire.

Mr Mussilhy, who is vice-chair of campaign group Grenfell United, said the community was frustrated and angry about the lack of action over the last two years.

“Things have been tough, been very slow moving, not only from the government but also the public inquiry.

“We are demanding change and we want the government to start listening to things they heard even before Grenfell, like issues with cladding, dangerous material and also buildings that didn’t have sprinklers or fire doors fit for purpose.

“People are still unsafe in their homes and not being listened to.”

Mr Mussilhy said there are a lot of mixed emotions. “We are a strong resilient community and we’ve remained united. One promise we can make is we are not going to go anywhere. We will not stop until change and justice comes.” 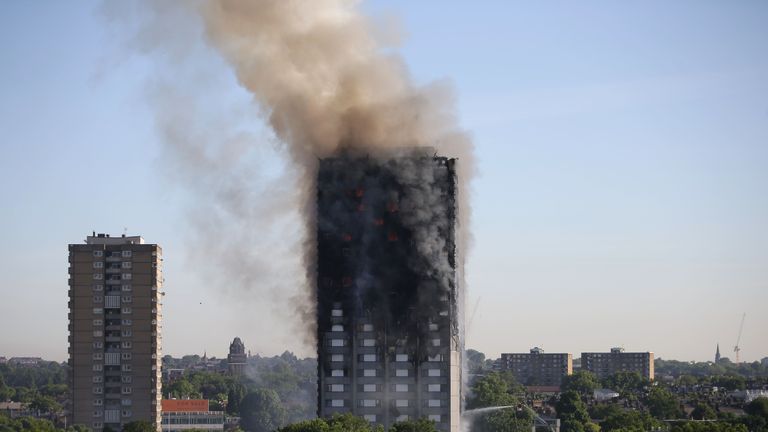 Emma Dent Coad, MP for Kensington, said: “People have put so much effort into trying to make change, but they’ve had to fight for everything.

“They had to fight for community space, for better mental health services, to be rehoused, for their benefits, to get their relatives over to support them.

“All the things they should have been given by rights, they’ve had to fight for.

“We don’t want any more platitudes – we’ve had two years of platitudes.

“The government are still talking about making recommendations, rather than actually legislating on the things that we know will keep people safe in their beds.”