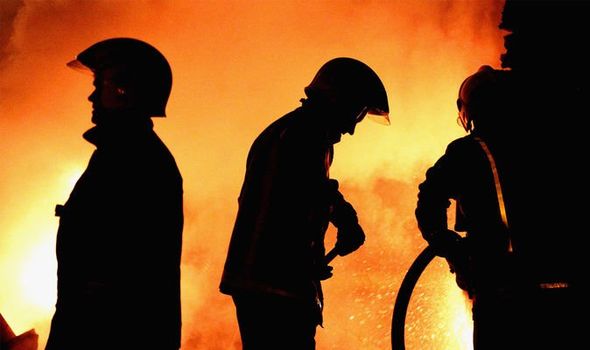 Firefighters and police officers responded to the blaze in Inverclyde, western Scotland.

Emergency services were alerted to the incident at around 8pm.

The blaze went on to engulf the former Arts Guild Theatre.

Four fire engines were dispatched to tackle the blaze.

The area has been cordoned off by police.

It is not known if there have been any casualties.

A Scottish Fire and Rescue Service spokesman said: “At around 8.14pm, we were called to reports of a building fire in Campbell Street, Greenock.