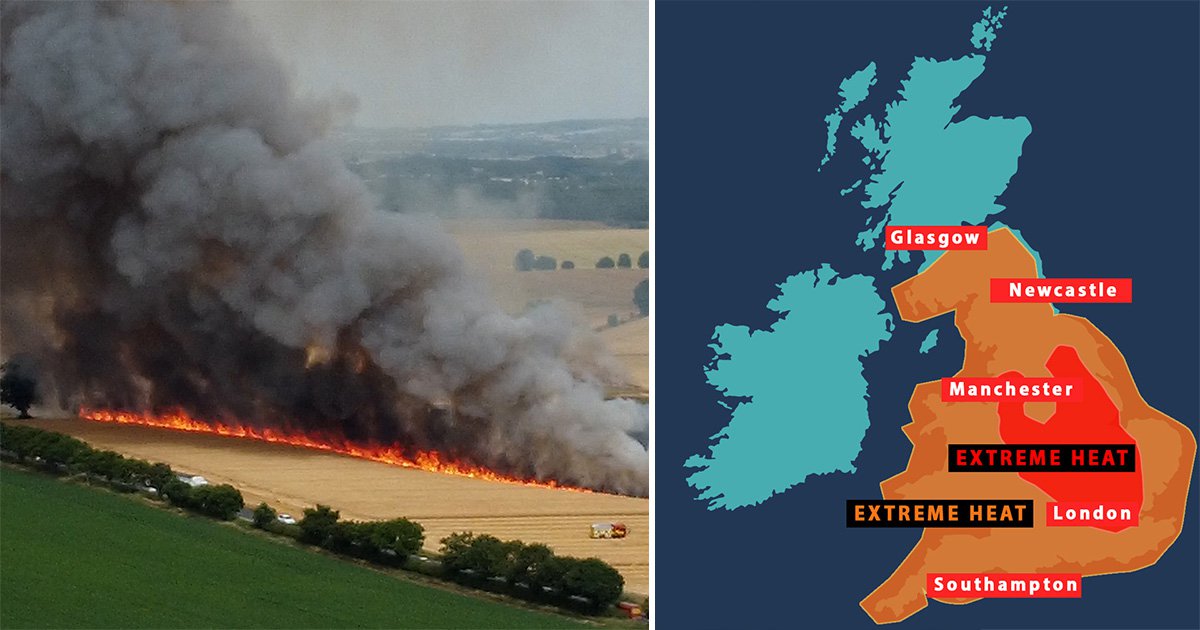 Ministers will hold an emergency Cobra meeting today due to record high temperatures in England that could put lives at risk.

Cabinet Office minister Kit Malthouse will chair a meeting of the Government’s Cobra civil contingencies committee to discuss how to respond.

It will be the second Cobra meeting Mr Malthouse has led on the issue.

The Met Office issued its first ever red warning for extreme heat, with temperatures next week given a 50% chance of reaching 40°C.

Meteorologists have given an 80% chance of the mercury topping the UK’s current record temperature of 38.7°C set in Cambridge in 2019.

Temperatures will climb over the weekend until they peak on Tuesday.

An amber warning for heat covers much of England and Wales from Sunday until Tuesday.

Meanwhile, a red warning for Monday and Tuesday covers an area from London up to Manchester, and up to the Vale of York.

The high temperatures will be especially dangerous for vulnerable people such as those who are pregnant, elderly or very young, but everyone has been warned to take extra care.

‘Where’s the plan for the delivery of essential services and how people will be kept safe at work, on transport, in schools, hospitals and care homes?

‘The public will have no confidence in this zombie Conservative government responding swiftly and decisively to this national emergency as this disgraced Prime Minister prepares to party while Britain boils.

‘If he still can’t take the responsibility of the job, he should leave right now.’

Daytime temperatures today are predicted to be around 27°C in London, 26°C in Cardiff, 23°C in Belfast and 21°C in Edinburgh.

Temperatures are forecast to increase by several more degrees on Tuesday – up to the mid-30s for much of England and Wales.

There is a 50% chance of temperatures reaching 40C somewhere in the UK, likely along the A1 corridor which runs from London to Scotland through counties including Lincolnshire, Nottinghamshire, Yorkshire and the North East.

The UK Health Security Agency has increased its heat health warning from level three to level four, making it a ‘national emergency’.

Level four is reached ‘when a heatwave is so severe and/or prolonged that its effects extend outside the health and social care system… At this level, illness and death may occur among the fit and healthy, and not just in high-risk groups,’ it said.

Met Office spokesman Grahame Madge said: ‘If people have vulnerable relatives or neighbours, now is the time to make sure they’re putting suitable measures in place to be able to cope with the heat because if the forecast is as we think it will be in the red warning area, then people’s lives are at risk.

‘This is a very serious situation.’

Britons have meanwhile been scrambling to buy fans and looser clothing to help them keep cool during the heatwave.

Retailer Toolstation said sales of fans have risen by 641% over the last week compared with the week before as tradespeople struggle to stay cool.

The company also said sales of builders’ shorts have increased by 50% and t-shirts by 35%.