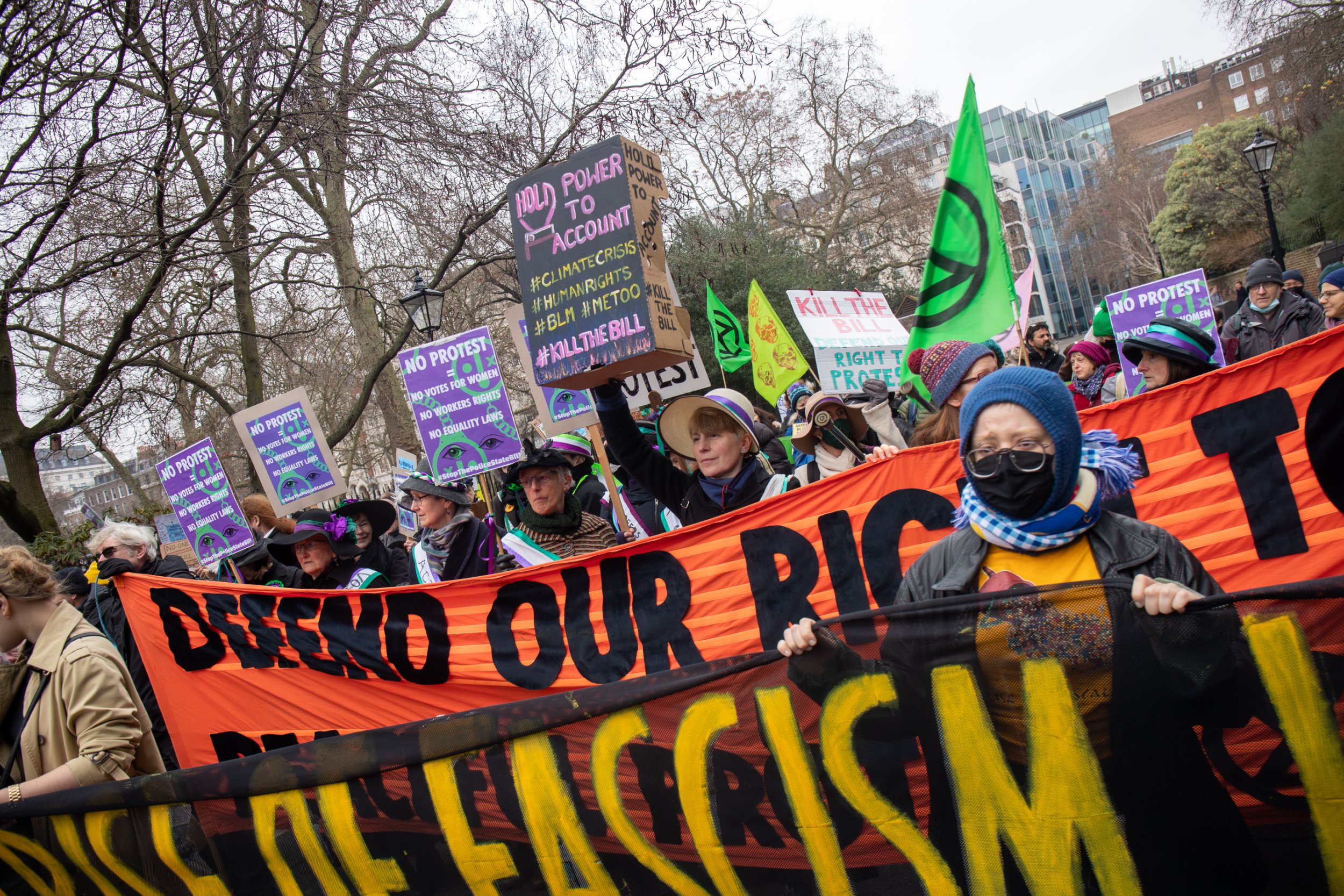 The UK Government has been defeated in the House of Lords this evening after peers voted to remove a controversial section of the Police, Crime, Sentencing and Courts Bill.

261 peers voted for the Labour-led amendment to remove clause 57 from the Bill, with only 166 members voting against.

Under the divisive legislation, a protest would be restricted if ‘noise generated by persons taking part in the procession may result in serious disruption’ to an organisation or individual ‘in the vicinity of the procession’.

The bill goes on to add that a protest is prohibited if it ‘may cause such persons to suffer serious unease, alarm or distress’.

Campaign groups such as Liberty and Greenpeace have spoken out against the creation of Serious Disruption Prevention Orders (SPDO), with the environmental organisation warning that the laws ‘don’t belong in a free and democratic society’.

‘Worryingly, you could be given a SPDO without actually having done anything disruptive – only that you “might” have caused serious disruption,’ they said.

Meanwhile, Yvette Cooper MP, the shadow home secretary, said: ‘The policing bill should have been an opportunity to tackle violence against women, improve support for victims of crime and keep communities safe.

‘The government’s priority has been to use the bill to bring in rushed powers that are incredibly widely-drawn – for example, allowing the police to stop and search anyone in the vicinity of a protest, including passersby, people on the way to work, and peaceful protestors.

‘Instead of seeking headlines and stoking division, the Conservatives should implement Labour’s plans to keep the public safe.’

However, a Home Office spokesperson stressed that the policing bill ‘in no way’ changes the right to protest.

‘We have seen some of the most self-defeating and dangerous protests in recent years with people gluing themselves to motorways, causing serious disruption to the law-abiding majority across the country and tearing police away from communities that need them most.

‘That’s why our police, crime, sentencing and courts bill is so necessary – it gives police the power to proactively prevent this kind of chaos before it ensues, and focuses on a selfish minority of relentless reoffenders,’ they said.

Peers are continuing to vote on the amendments to the bill this evening, as part of the bill’s report stage in the House of Lords.