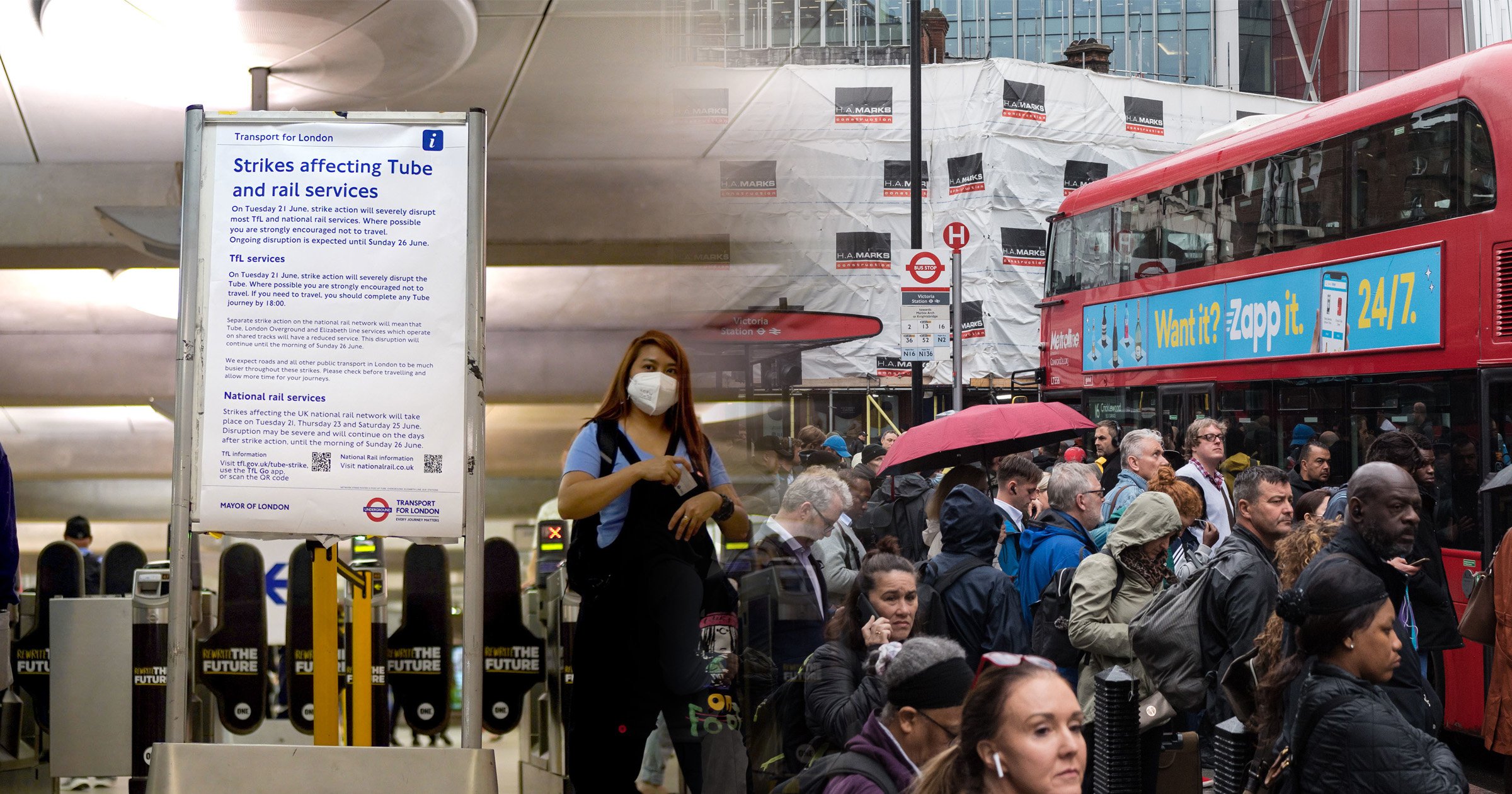 The government has been accused of ‘pouring petrol on the fire’ by boycotting negotiations before the ‘biggest rail strike in modern history’.

Millions of people will have their plans disrupted this week – including schoolchildren travelling to exams, patients heading to hospital appointments and festival-goers going to Glastonbury.

Labour leader Sir Keir Starmer has accused the Tories of ‘wanting the country to grind to a halt so they can feed off the division’ after ministers admitted the last time they met with union officials was May 13.

Transport Secretary Grant Shapps has insisted he can’t take part in pay dispute discussions as it is a matter between employers and unions – despite admitting that the government controls the purse strings after the Covid lockdown.

In a speech in Warwick today, the opposition leader will criticise the Conservatives for their ‘lack of action’ after it was confirmed yesterday that a bitter row over pay, potential job losses and conditions had not been resolved.

‘Businesses will struggle with freight. School exams will be hard to get to. Hospital appointments missed. That’s why I have said the strikes should not go ahead’, Sir Keir will say.

‘But here’s the truth, Boris Johnson and Grant Shapps want the strikes to go ahead.’

‘They want the country to grind to a halt so they can feed off the division.

‘Instead of spending their time this week around the negotiating table, they are designing attack ads.

‘Instead of grown-up conversations to take the heat out of the situation, they are pouring petrol on the fire.

‘Instead of bringing people together in the national interest, they are stoking division in their political interest.’

He will claim that his party ‘seeks common endeavour for common cause, partnership to bring people together, to solve problems and grasp opportunities’.

The Rail, Maritime and Transport (RMT) union offered to hold sit-down talks with the government this week.

Some train companies have still not invited workers for talks or made pay offers ahead of strikes, the general secretary of the RMT union said today.

Mick Lynch said: ‘We’re looking for a pay rise that reflects the cost of living.’

Mr Shapps dodged questions on job cuts this morning, insisting the workforce needs to be ‘reshaped’.

‘Of course, it is a reality that if we can’t get these railways modernised, if we can’t get the kind of efficiency that will mean that they can work on behalf of the travelling public, then of course it is jeopardising the future of the railway itself’, he told Sky News’s Sophy Ridge on Sunday programme.

‘I think it is a huge act of self-harm to go on strike at the moment. I don’t believe the workers are anywhere as militant as their unions who are leading them up the garden path. They are gunning for this strike. It is completely unnecessary.’

He also hit out at Sir Keir yesterday, claiming the Labour leader secretly supported the strikes despite his public statements on how they need to be avoided.

Commenting on Sir Keir’s claims, a Department for Transport spokesperson said: ‘The Government committed £16 billion – or £600 per household – to keep our railways running throughout the pandemic while ensuring not a single worker lost their job.

‘The railway is still on life support, with passenger numbers 25% down and anything that drives away even more of them risks killing services and jobs.

‘Train travel for millions more people is now a choice, not a necessity. Strikes stop our customers choosing rail, and they might never return.’