Home » Europe » Get a move on EU! Tony Abbott hints UK-Australia trade deal will be done THIS YEAR

Get a move on EU! Tony Abbott hints UK-Australia trade deal will be done THIS YEAR

Former Australian Prime Minister Tony Abbott said both the UK and Australia are hoping to have a new trade agreement ready to implement by the end of the Brexit transition period. The UK is currently negotiating with the EU to agree on the future trade deal they will have but until December 31, 2020 Britain still has to abide by European Union regulation on commerce. Asked about a timeline for a future agreement with Australia, Mr Abbott told the Policy Exchange: “Obviously, as Prime Minister, you are not dealing with the minutiae of trade deals, you’re dealing with the very highest of levels and you are a) reassuring the heads of other governments that you would like to bring about a deal that is a win-win situation as quickly as possible.

“Talks between Australia and Britain have been going on now virtually since the Brexit vote. Obviously, they’ve intesified as times have gone by.

“I know because of statements that have been made on both sides that there’s an eagerness to get this deal done well before the end of the year.

“I would certainly like to hope, as of January 1 next year, a trade deal between the UK and Australia on goods is entirely free of quotas and tariffs.

“That there is full, neutral recognition of standards and qualifications, and that there is, to a very great extend possibly subject to a generous quota, free movement of people for work not welfare.” 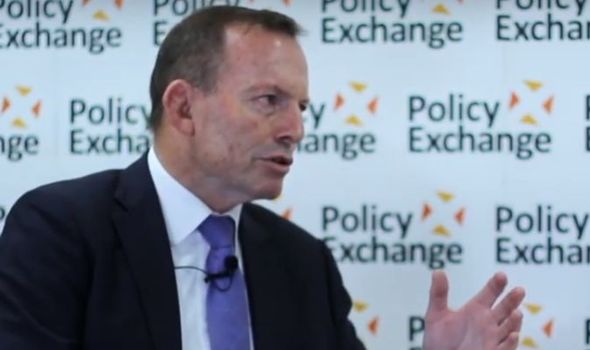 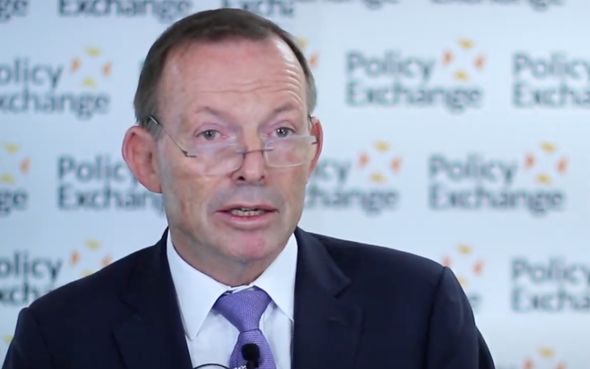 Mr Abbott has been recently tipped for a leading advisory role in the UK to help the country seize post-Brexit trade opportunities away from the EU.

Reports published last week suggested the social conservative former Prime Minister could soon become the president of the UK’s Board of Trade but the British High Commission in Canberra suggested the claims were premature.

The Sydney Morning Herald Europe correspondent Bevan Shield however suggested Mr Abbott would join the board not as co-chair but as a member.

Mr Shield responded the the reports on Twitter writing: “My understanding is that this story is NOT correct.

“Tony Abbott is likely to join the Board of Trade in some sort of advisory capacity but will not be the co-president.” 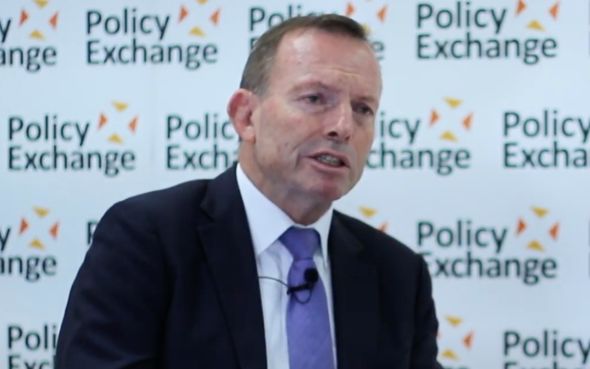 Mr Abbott, who was born in the UK but moved to Australia when he was two, has long highlighted the importance of the shared bonds his adoptive countries shares with the UK.

“There’s much to dislike about the EU but very little that would be improved if Britain left.”

The UK concluded the seventh round of trade talks with Brussels last month, with both negotiating team lamenting the lack of progress made despite the short time left to find an agreement.