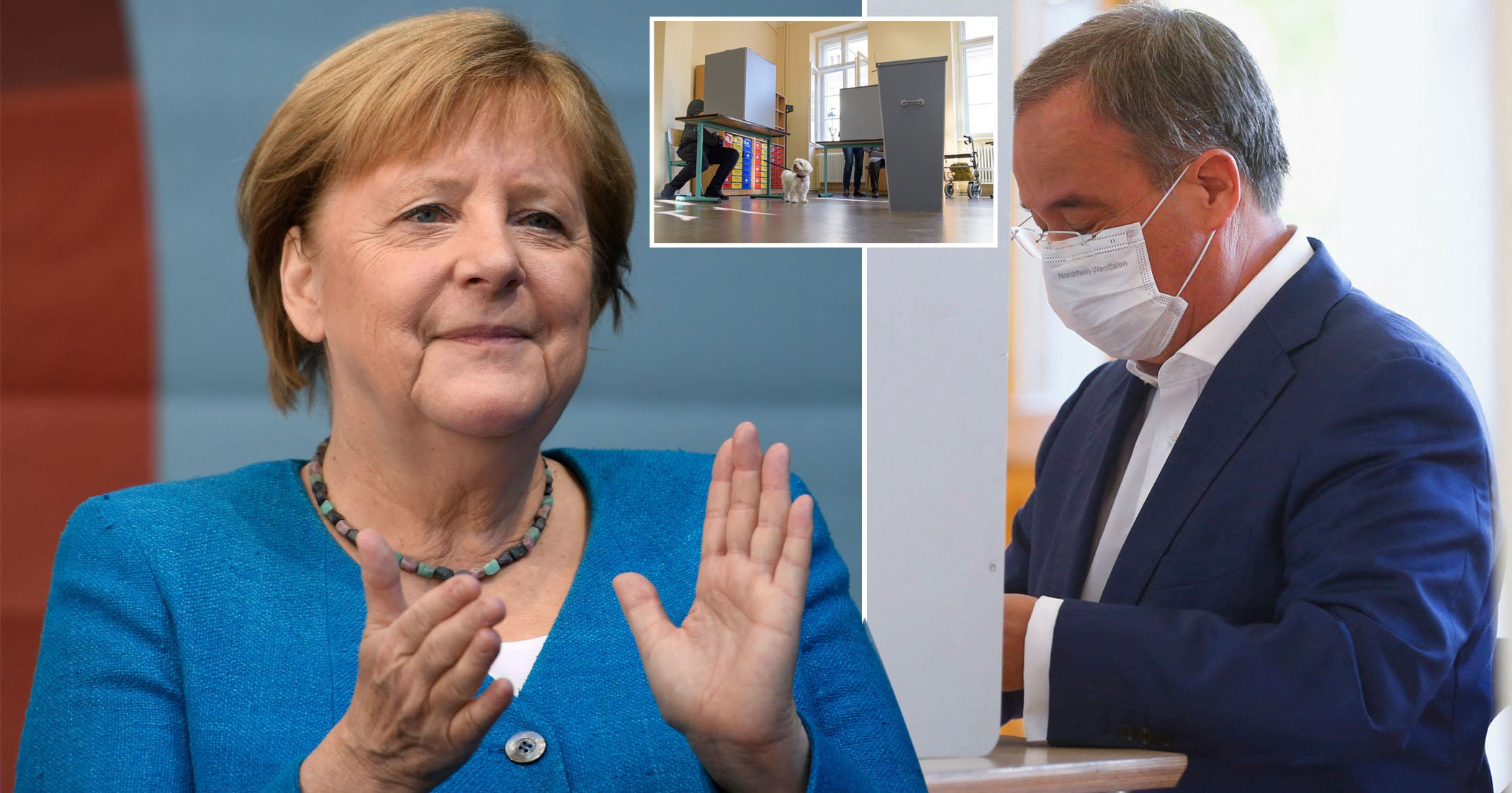 The race to elect a successor to Angela Merkel is too close to call as Germans cast their ballots.

Mrs Merkel is preparing to exit the European political stage after 16 years in which she has become the continent’s most influential politician, as well as one of its most popular.

More than 60 million people are eligible to vote for representatives to the country’s parliament, the Bundestag, which will then choose a new chancellor.

Opinion polls have narrowed significantly in recent weeks, with the chancellor’s centre-right Christian Democratic Union party going from facing a bruising defeat to positioning itself as the election’s dark horse.

Under Germany’s electoral system, it’s all but guaranteed no party will gain an outright majority, meaning weeks or months of coalition talks lie ahead.

Her successor, Armin Laschet, had a torrid start to the campaign but steady progress in recent weeks once again means he could clinch victory.

The main competition comes from Olaf Scholz and the centre-left Social Democrats, who have seen a revival in fortunes after suffering a huge slump in popularity over the last decade.

As it stands, the centre-left party goes into election day on around 25%, a couple of percentage points ahead of the Mrs Merkel’s party, but the gap has narrowed.

Ironically, despite campaigning for Mr Laschet, the outgoing German leader has worked more closely with his main rival, Mr Scholz.

He has served as vice-chancellor and finance minister in a coalition government with Mrs Merkel’s party since 2018.

The Greens are also poised for a strong showing but the prospect of leader Annalena Baerbock getting the top job looks to be all but over.

Her party surged to 25% in the opinion polls when she was first elected leader but has slipped to 16% as the resurgent Social Democrats hoover up progressive votes.

The centrist, libertarian Free Democratic Party (FDP) and the far-right Alternative for Germany are both vying to become the country’s fourth largest party, but with the latter certain to be cut out of coalition talks.

If the Social Democrats emerge as the largest party, they will seek to form a coalition with the Greens and, in the likely event that doesn’t reach the 50% mark, with the FDP too.

Mr Laschet will likely adopt a similar approach if his party comes out on top but Germany’s splintered politics could yet lead to another grand coalition, where the two largest parties go into government together.

An exit poll on Sunday evening will give a good indicator of who will be the next chancellor but a final result will not be announced for several days.