Home » Europe » Fury v Wilder 3: Boxers weigh in at their heaviest ahead of Las Vegas fight – as British champ sends message to The Undertaker

Fury v Wilder 3: Boxers weigh in at their heaviest ahead of Las Vegas fight – as British champ sends message to The Undertaker

Tyson Fury channelled wrestling legend The Undertaker as he and Deontay Wilder both weighed in at their career heaviest ahead of their fight in Las Vegas on Saturday.

For the second time this week there was no face-off between the boxers, but Fury promised his extra weight meant “total obliteration of a dosser. Total annihilation”.

Fury came in at 277lbs (19st 11lb) and Wilder 17st (238lb) – that’s five pounds more for Fury than than their last fight in February 2020 and half a stone heavier for the American challenger.

The WBC champion stepped on the scales in the same black hat worn by The Undertaker – with the pair exchanging messages and Fury promising the former WWE wrestler he would “smash him [Wilder] and say rest in peace” as he hits the canvas.

Wilder has a new trainer for the trilogy fight after he sacked one of his cornermen, Mark Breland, for throwing in the towel last time.

The 35-year-old is attempting to reinvent himself following Fury’s commanding seventh-round victory – but the British fighter dismissed Wilder’s new partnership with Malik Scott as “a pack of losers”. 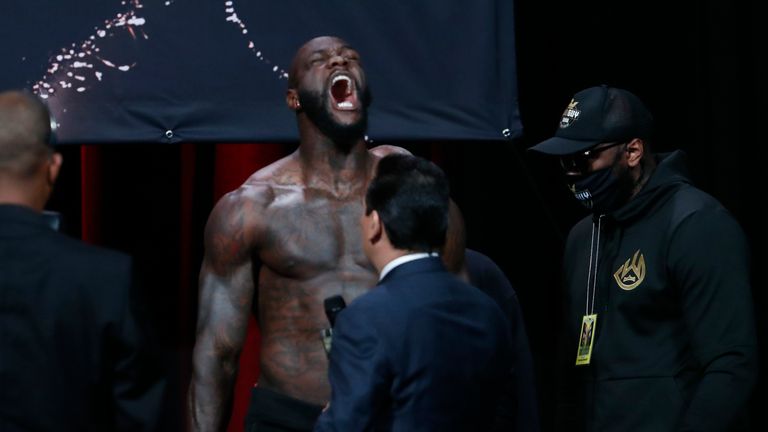 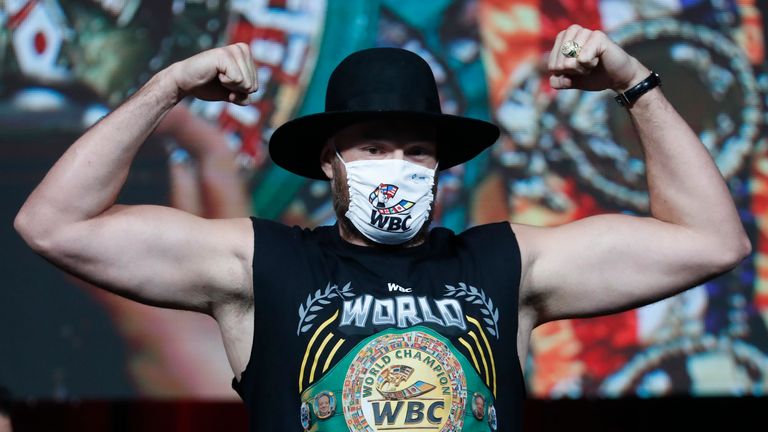 The two boxers had a slanging match at the final press conference earlier this week, with Fury seizing on Wilder’s list of excuses for his loss in the second fight. 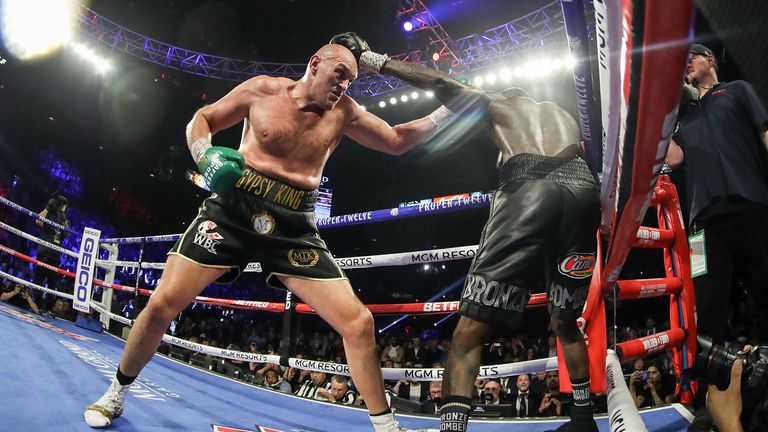 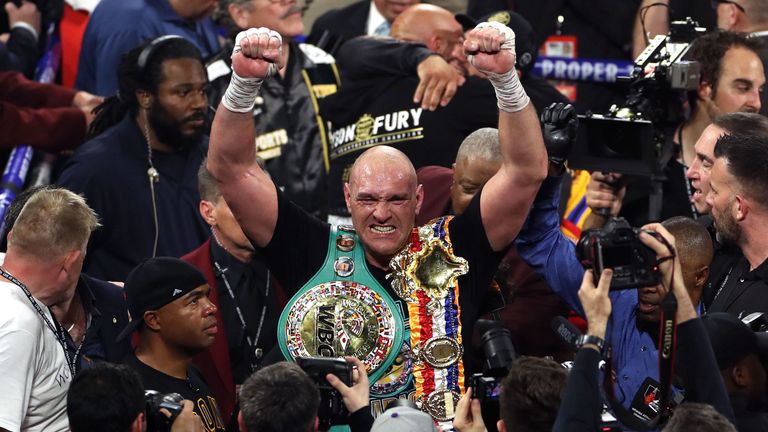 But at Friday’s weigh-in, Wilder said he would keep calm on the big night.

“Calmness is the key to the storm. I know that when I’m not calm, my mind is cloudy and you make bad decisions. But when you’re calm you can weather the storm, you’re able to make great decisions,” he said.

“We have rejuvenated myself, reinvented myself, redemption is upon us and I can’t wait to show the world what I’m all about. I’m reintroducing myself to the world as Deontay Wilder.” 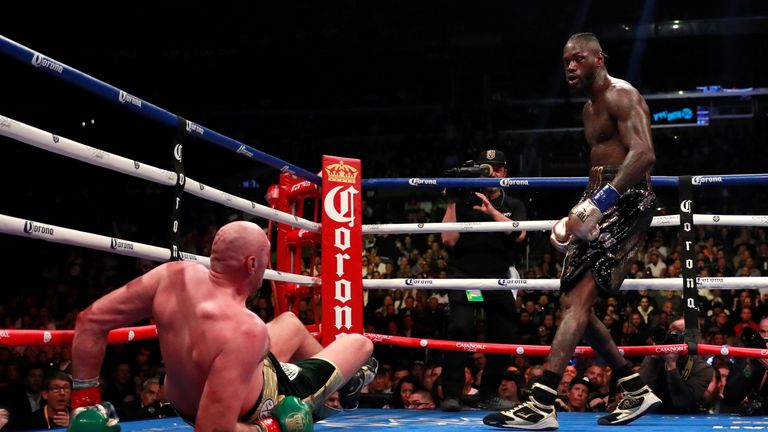 The pair’s first bout in December 2018 ended in a draw after the British fighter famously rose from the canvas after seemingly being knocked-out cold.

This weekend’s fight was supposed to be held in July but was postponed after Fury tested positive for COVID.

The fighters are expected to start their ring walks at the T-Mobile Arena at about 4.30am UK time on Sunday morning.