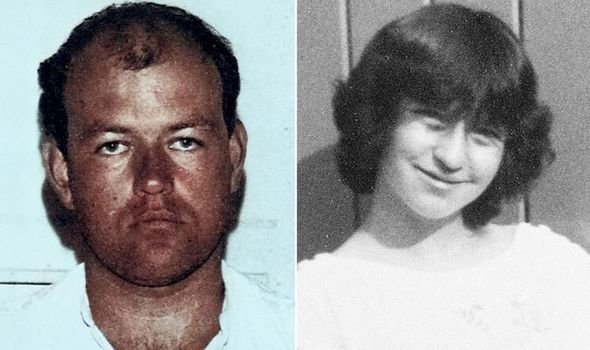 Colin Pitchfork, the first murderer to be convicted using DNA evidence, will soon be back on the streets after the Government lost a last-ditch bid to keep him behind bars. Sexual predator Pitchfork raped and strangled Lynda Mann and Dawn Ashworth, both 15, in separate attacks during the 1980s. The Parole Board sparked outrage last month when it ruled the killer, 61, should be freed as he is no longer a threat to women and young girls. Justice Secretary Robert Buckland, QC, intervened and urged the board to reverse the decision.

But, despite concerns about his “capacity to manipulate and deceive”, the application was rejected.

Mrs Ashworth added: “I’ve had 33 years of it and it’s all been said.And as far as I’m concerned he’s going to be out in amongst the public – he can’t hurt me any more.”

Alberto Costa, Tory MP for South Leicestershire, also criticised the decision. He said: “I have done all I can to halt Pitchfork’s release. Like me, my constituents and countless others will be angry at the decision.” Serial sex

Pitchfork, a former baker, killed Lynda as she took a short cut home from babysitting in Narborough, Leicestershire, in 1983.

Her body was discovered after her frantic parents and family friends spent the night searching for her.

Three years later, Pitchfork attacked Dawn on her way to visit a friend in Enderby, a mile from Narborough.

The killer told him he wanted to avoid it because of previous convictions for indecent exposure.

Pitchfork admitted murdering the girls and was jailed for life at Leicester Crown Court in 1988.

Lord Lane, the Lord Chief Justice at the time, said: “I doubt if he should ever be released.”

Pitchfork, who now uses a different surname, was ordered to spend a minimum of 30 years in custody, later reduced to 28 on appeal. He was moved to an open prison in 2017.

Government lawyers challenged the decision to free the killer on several grounds including fears over his ability to deceive professionals.

There was an absence of any consideration as to whether he showed “genuine remorse”, they argued.

But senior Parole Board judge Michael Topolski, QC, refused the bid to reverse the decision.

Pitchfork will be released under strict conditions including taking lieoffender detector tests, wearing an electronic tag and restrictions on access to smart phones and other internet devices.

There will be limits on his contact with children. He will have to live under curfew at a certain address and be supervised by probation officers for life.

His movement will be limited and he will have to disclose what vehicles he uses and who he speaks to.

A Parole Board spokesman said it has “immense sympathy for the families”. But it added: “Parole Board panels are bound by law to assess whether a prisoner is safe to release.

“It has no power to alter the original sentence set down by the courts.”

The Government plans to overhaul the parole system and change the law so child killers face life without parole.

Mr Buckland said: “This Government believes people like Pitchfork, who commit premeditated murder of children, should be given whole-life sentences.”