The South East is struggling the most, with fuel stock levels remaining below 20% as the area continues to be hit by HGV driver shortages.

Petrol stations in London and eastern England have slightly higher stocks at between 20 to 40% capacity.

The rest of England, all of Wales, Scotland and Northern Ireland are back to normal levels of fuel (over 40%), it is understood.

For the past nine days, on average, more fuel has been delivered to forecourts than has been sold, it is understood.

Army drivers were deployed on Monday to deliver fuel and free up civilian drivers, who are now focusing on deliveries to London and the South East.

However, Petrol Retailers Association (PRA) chairman Brian Madderson said: “The recovery is simply not happening quickly enough. We are into our 15th day of the crisis.

“There needs to be an independent inquiry into the crisis so that motorists are protected from such acute fuel shortages in the future.” 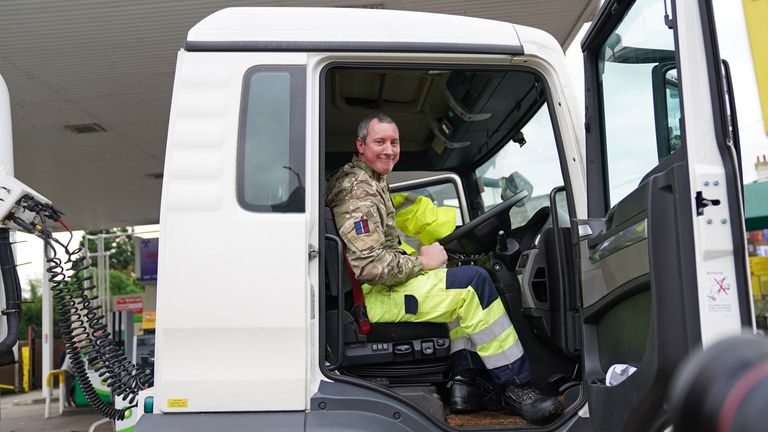 The PRA said a survey it carried out found 12% of filling stations in London and the southeast are still dry, while 17% have just one grade of fuel.

Outside London and the southeast, 90% of fuel stations had both grades compared with 71% in those two areas.