Former Belgian King Ordered to Give DNA for Paternity Test

BRUSSELS — Delphine Boël grew up certain that she should be a princess. Now a court ruling and a DNA test could make it true.

Ms. Boël, 50, is a Belgian visual artist who claims that she was conceived during an extramarital affair between King Albert II of Belgium and Ms. Boël’s mother, Baroness Sybille de Selys Longchamps.

The court ruling, published Monday, gave credence to her claim and ordered Albert to submit DNA evidence to determine whether he is Ms. Boël’s biological father.

Like some countries in Europe, Belgium still has a king who is theoretically above the law, and cannot be arrested, prosecuted or convicted. Protocol stipulates that no one can even ask him a question in public. But the court ruling shows that even a king can be held accountable once he relinquishes the throne — which Albert did in 2013.

Ms. Boël filed her lawsuit after the king’s abdication, seeking recognition as his biological daughter. If successful, the suit could eventually make her legally part of the royal family and potentially the sixteenth in line of succession to the throne.

During the late 1960s, at the time of the alleged affair, Albert was Prince Albert of Liège and was married to Paola Ruffo di Calabria, an Italian princess with whom he had three children. But he did not expect to become king, as his brother was first in line.

He was known for roaming the coasts of southern France as part of the “jeunesse dorée,” a high society of dazzlingly rich and morally casual youths in Europe in the 1960s and 1970s.

It was during this time that Albert had a “long lasting love affair” with Baroness Sybille, who then gave birth to Ms. Boël, according to Ms. Boël’s lawyer, Marc Uyttendaele. 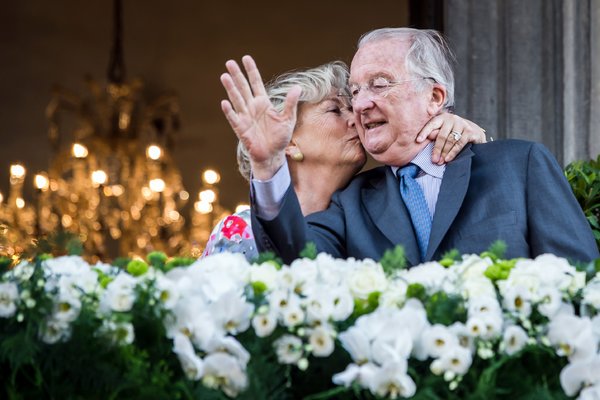 “For quite a long time this girl was hidden by her mother,” Mr. Uyttendaele said, referring to Ms. Boël, “even though Albert regularly visited her and was present in her life.”

Albert never explicitly denied the allegation and even seemed to allude to it during his Christmas speech that year, saying that the royal couple had experienced a “crisis” about 30 years earlier, which it had overcome, adding that "this period has been recalled to us a short while ago.”

However, an outpouring of public criticism of the king and support for Ms. Boël ensued. This convinced her to speak out and, after Albert abdicated the throne and became a regular citizen again, sue.

In its decision on Monday, the court in Brussels gave the king until February 2019 to provide a DNA sample.

A lawyer for Albert, Guy Hiernaux, said that Albert would “think about the appropriate reaction to today’s decision, which is not in his favor.”

“Either His Majesty accepts the decision and delivers the DNA within three months, or he refuses a DNA test — which is fully his right, but would plead against him — or he appeals the decision in Belgium’s highest court,” Mr. Hiernaux said. In any case, bringing a king or a former king to justice is unprecedented in Belgian history, he said.

Asked whether Ms. Boël could claim a succession to the Belgian throne, Mr. Hiernaux said that “if she’s proven to be his biological daughter, she could hypothetically take his aristocratic name,” which is Saxe-Coburg and Gotha.

But to become a member of the royal family and claim succession to the throne, she would first need the agreement of the Belgian government — and “we’re not quite there yet,” he said.