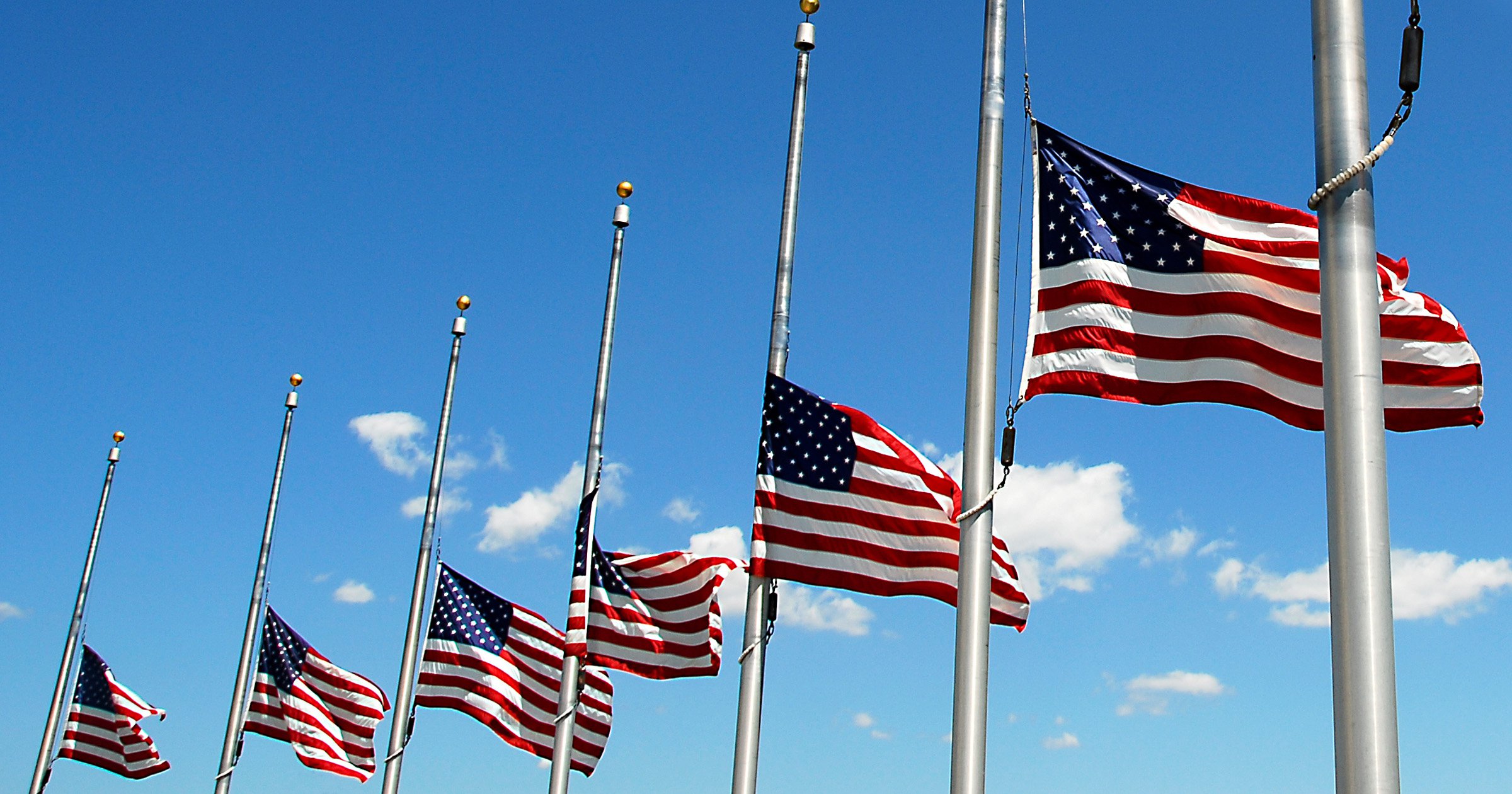 Florida is flying flags at half-mast to honor the victims of a 2019 terrorist attack that killed three US Navy sailors.

Wednesday marks the three year anniversary of a deadly terror attack at a US Naval Air Station in Pensacola, Florida. A shooter opened fire in a pilot training school classroom, killing three and wounding 8.

Haitham was a native of Florida, from nearby St Petersburg. Watson was from Coffee, Alabama, and Walters was from Richmond Hill, Georgia.

The attacker was identified as 2nd Lt. Mohammed Saeed Alshamrani, a member of the Royal Saudi Air Force at the base for training. He was shot and killed by one of the deputies he wounded.

A remembrance proclamation was signed by Florida Governor Ron DeSantis on Wednesday, ordering all state flags to be flown at half to honor the victims of the shooting.

‘We will never forget the survivors and family and friends of those lost on that tragic day,’ DeSantis wrote in the proclamation.

Senators from Florida, Alabama, and Georgia signed a similar measure in the US Senate, honoring the fallen servicemembers and expressing gratitude to the law enforcement personnel for stopping the attack.

At the same time, DeSantis also commemorated the 81st anniversary of the attack on Pearl Harbor, which killed over 2,000 Americans and ultimately plunged the US into World War II.

‘We remember the lives lost on that fateful day and honor the brave veterans of World War II who fought for our great nation,’ DeSantis stated.