Five people arrested after reports of shooting in Bristol 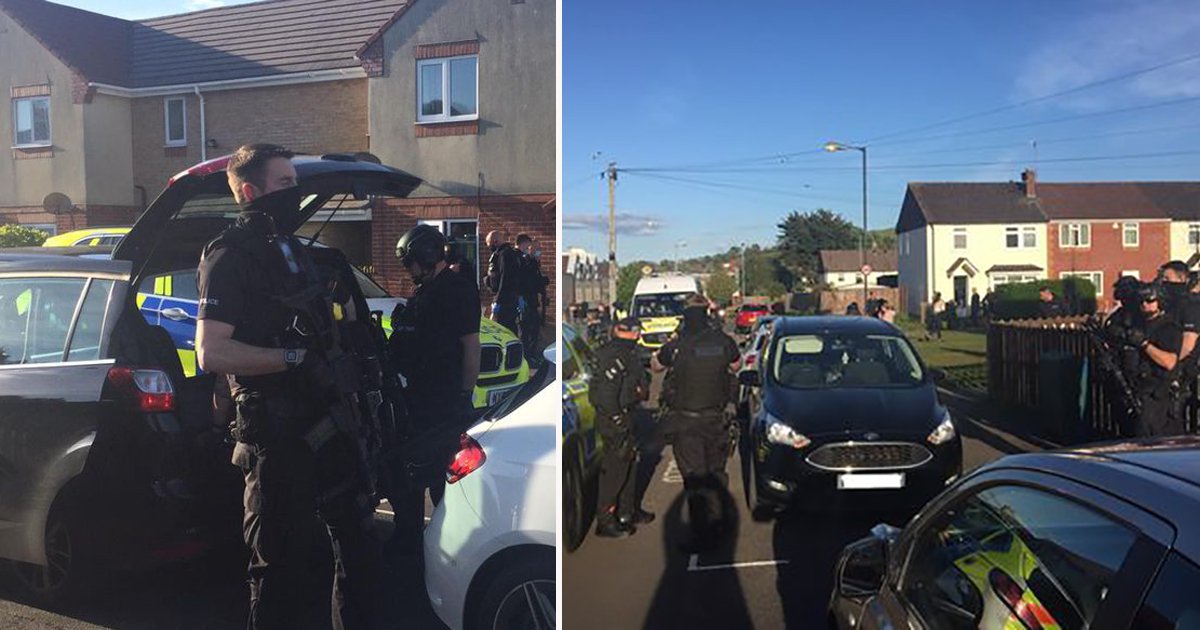 Armed police descended on a suburb of Bristol this afternoon after reports a man had been shot.

Five people have been arrested in connection with the incident, after police were called about a fight between ‘a number of people’.

Officers arrived at Hareclive Road in Hartcliffe around 5.20pm after being told a man in his late teens or early twenties had been injured.

Two men, believed to be aged 18 and 20, were taken to hospital by ambulance but are not thought to have life-threatening injuries, police said.

Avon and Somerset Police said those arrested were four men and a woman in her 30s.

Two of the men were in their 20s and the other two in their 30s.

The force said they believed the reported shooting and disorder are linked.

In a statement they said: ‘At 5.20pm today specialist firearms officers were deployed to the Hareclive Road area of Bristol.

‘It followed reports a male had been shot and reports of a subsequent disorder involving a number of people.

‘Two people are known to have been injured and taken to hospital by ambulance.

‘Five people have been arrested.

‘We believe the incidents to be linked.

‘At this time, we do not believe there to be any threat to the wider community.’