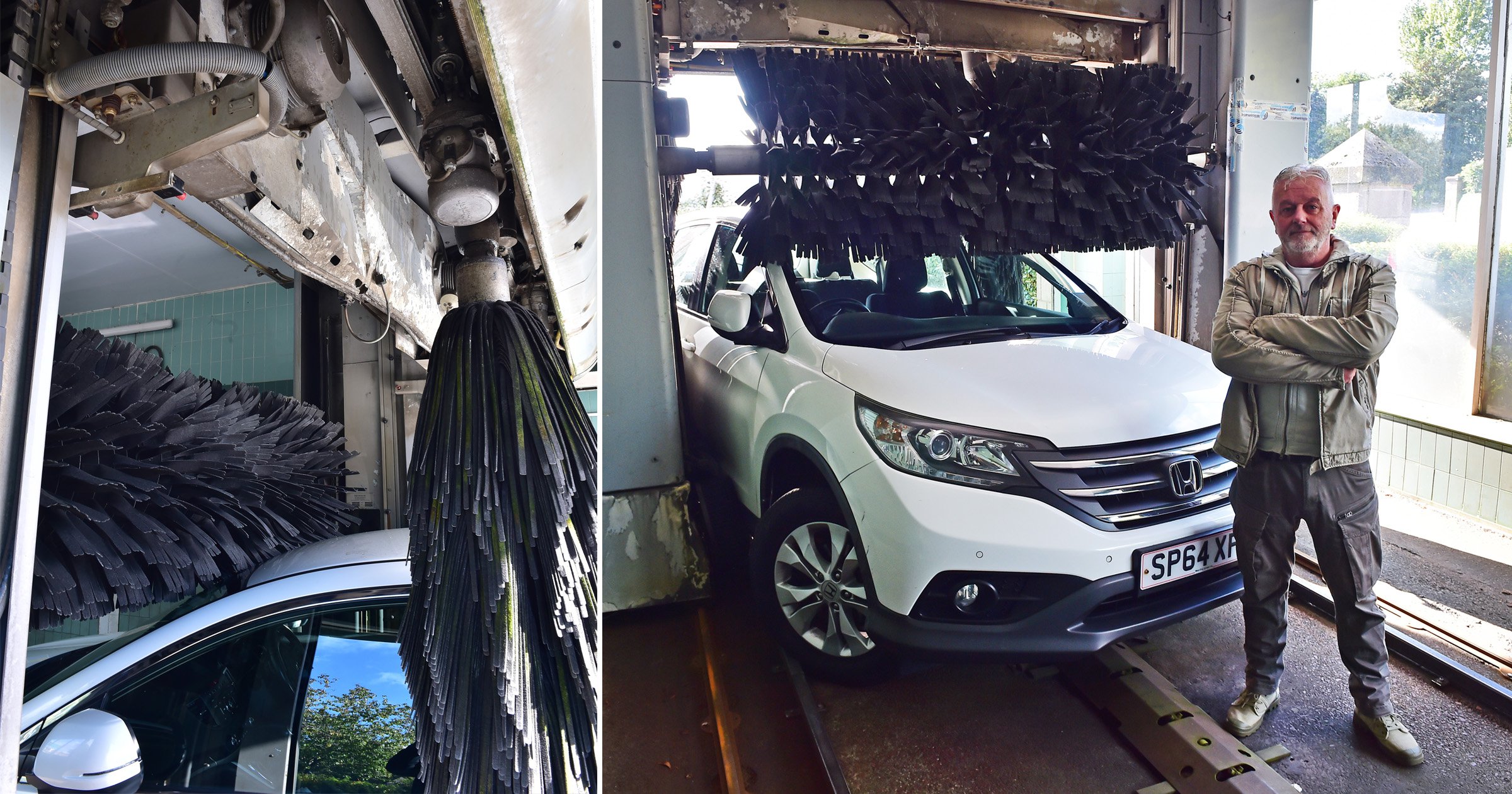 A family forced to abandon their vehicle after a carwash went ‘haywire’ are still awaiting its return – ten days later.

Kenny Macfarlane and his family were temporarily trapped in their Honda CR-V amid the drama.

They were forced to climb over seats to escape after a ‘huge bang’.

It emerged that rollers at the Morrisons’ car wash, in Newlands in Glasgow, had accidentally clamped their car into place.

Kenny’s wife and daughter had to flee through a rear door to seek refuge.

He told the Daily Record: ’It had started and was normal until the brushes reached the side. There was a huge bang on the passenger side and the car got thrown across the car wash and smashed into the driver’s side.

‘It was like being in a collision. The car jumped through the air. It ended up embedded in the big pillar.’

The family was left in shock following the encounter, with Kenny’s wife prescribed diazepam by her doctor to combat violent trembling.

Kenny’s daughter could ‘barely walk’ due to the initial shock, he added.

Nine days on from the encounter, he is still awaiting the return of his car, which remains wedged between two barriers.

He told the Daily Record: ‘An engineer went to the store, the ones who do the service and maintenance, and said he couldn’t do an inspection while the car was there.

‘I’ve been told the store can’t do anything for me to get it moved. They said it’s down to me.’

Morrisons has vowed to look into the incident but added it was not ‘appropriate’ to comment further.

A spokesperson told Metro.co.uk: ‘We are aware of this incident and are currently investigating the matter with the customer. Therefore we do not think that it is appropriate to comment further at this stage.

‘At all times during the course of investigating this claim our colleagues and legal team have been polite, courteous and professional towards Mr Macfarlane.’