Family living on 'ghost estate' after dozens of homes demolished

For nine years, Demonique and Thabo Wilson and their five children have been the only people living on Halcombe Close in Pendleton, Salford.

A £400m regeneration project has seen 39 neighbouring properties cleared or torn down.

Now, just six terraces are left. Five of them are empty, with the Wilsons living in the other.

The family told the Manchester Evening News that their bins have not been collected for six years, and alleged that they have been struggling to access basic services from the council.

But housing bosses say the family are being treated just like everyone else, and insist their bins are not being collected because they haven’t been left outside.

The unusual situation has arisen because of a long-running legal battle over the sale of their home.

A judge had ruled that Salford Council was in violation of the family’s human rights because they had not offered a new-build home as a replacement for their property.

But the case was put on hold after the council appealed the decision. 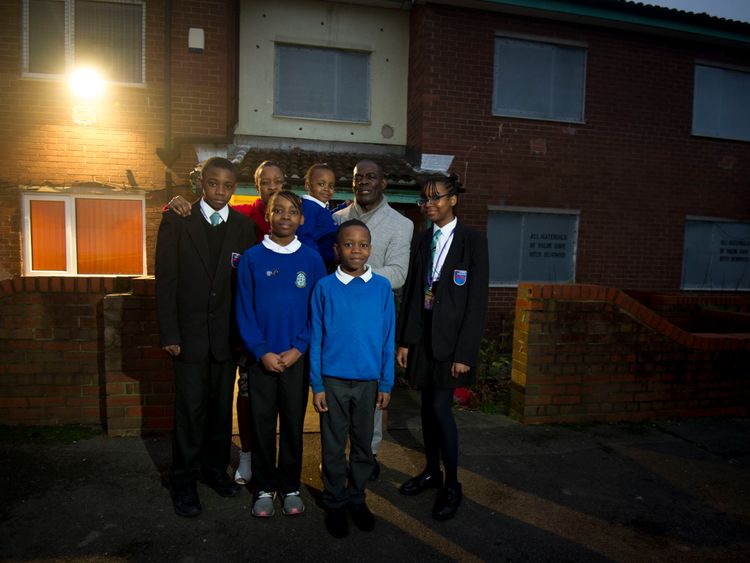 The Wilsons are now unable to sell their home privately, and they are unwilling to sell it to the council until they are given the opportunity to buy a new or ex-council house in the same area.

“There is no one for the kids to play with. Normal kids they have friends in their neighbourhood.

“Our eldest children, their friends have all moved. Our youngest children think this is normal because it’s all they’ve known. But it’s not normal.”

The 50-year-old mental nurse also claimed that their home has been infested with rats and bats from derelict neighbouring properties and that the family feel unsafe.

Councillor Tracy Kelly told the newspaper: “We need to buy this property as part of a £650m regeneration scheme which started in 2013.

“The whole area needs to be cleared and replaced with a mix of brand-new, up-to-date homes which will cater for local needs which includes homes for families, people with disabilities and those who need affordable housing.

“Every effort has been made to agree a value for the property and find suitable alternative accommodation for the resident.

“This has included offers of new and refurbished rented accommodation in the area which have been rejected. We will continue to work with the family to find a satisfactory resolution.”