The Foreign Office is objecting to new laws ratifying Argentina’s expansion of the underwater platform in the South Atlantic and the increase of sanctions for illegal fishing in the area near the islands. Officials have written to Argentine embassy in London questioning Argentina’s claims to rights over the seabed and subsoil of underwater areas belonging to the Falklands, South Georgia and the South Sandwich Islands.

According to diplomatic sources from the UK and Argentina, the Foreign Office letter was delivered two weeks ago to Ambassador Javier Figueroa and seven days another was sent to the Organisation of American States (OAS) General Assembly in Washington.

Insiders said the issues of bilateral relations were addressed in a “frank and cordial” manner and the meeting was “constructive”.

But Mr Raab once again raised London’s objections to Argentina’s advance on the underwater platform and the sanctions on illegal fishing in waters surrounding the Falklands, the sources said. 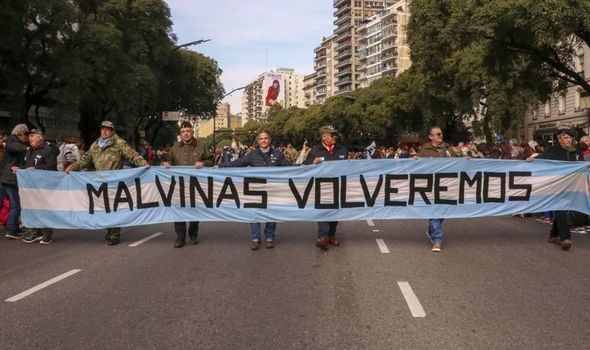 The issue of the expansion of the submarine continental shelf is sensitive for the islanders since Argentina contemplates in it the exploitation of the resources in the sea bed, including fishing and oil resources.

The Argentine Ministry of Energy, headed by Daniel Martínez, is contemplating opening bids for the exploitation of hydrocarbons in the area of the expanded submarine platform with the endorsement of the UN.

Congress approved the law that ratifies the ruling of the United Nations Convention that in 2016 endorsed an expansion of the underwater platform, although it left the waters in dispute with the Falklands off the map. 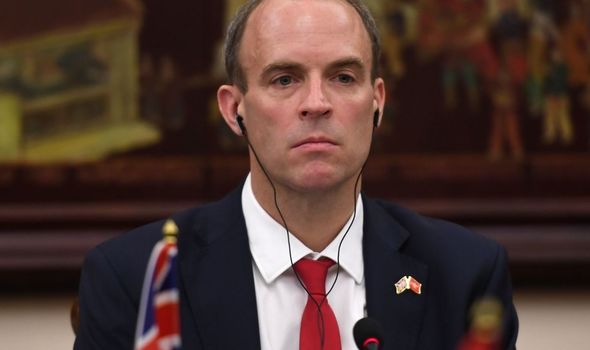 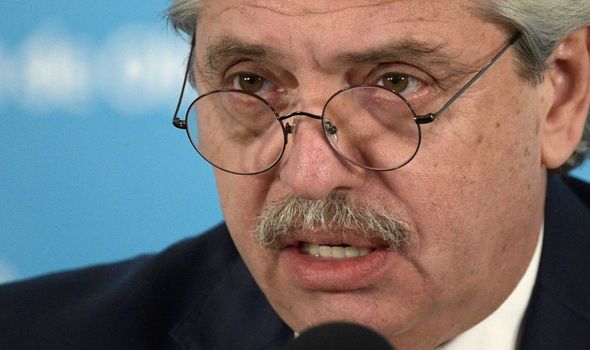 But the letter sent by the UK to the Argentine ambassador stated Britain “has no doubts about its sovereignty over the Falklands, South Georgia and the South Sandwich Islands and the surrounding maritime areas”.

It also reiterated the “principle of self-determination”, enshrined in the Charter of the United Nations, where it underlies the position of the United Kingdom on the sovereignty of the Falkland Islands.

The letter said: “There can be no negotiations on the sovereignty of the Falkland Islands unless the islanders so wish.”

The islanders have already made it clear that they do not intend to lose British sovereignty or gain independence from London.

Britain’s observer delegate to the OAS General Assembly, Wendy Morton, accused Buenos Aires of taking measures designed to hinder relations between Britain and Argentina and said it was reneging on agreements reached with the previous government of Mauricio Macri.

She said: “We hope that Argentina can reconsider these decisions.

“Unfortunately we see that Argentina is taking steps contrary to the path it has taken in the past.”

Buenos Aires hit back with fresh claims that British claims to sovereignty over the islands was invalid. 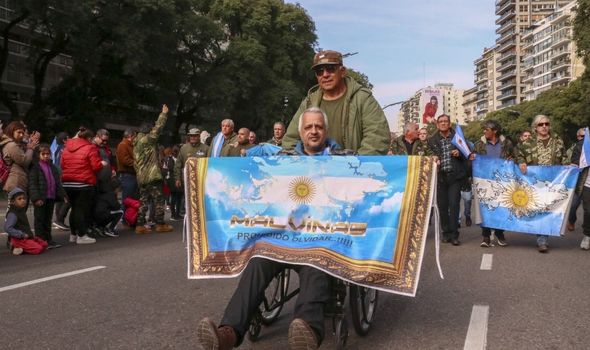 Argentine foreign ministry official Daniel Filmus said: “The main objective of the United Kingdom when it usurped the Malvinas Islands in 1833 was to exploit the wealth of the surrounding marine areas.

“That was mainly whaling and seal hunting for which Argentina charged fees.

“But 187 years later, the main objective of the United Kingdom to sustain the anachronistic colonial situation is still to exploit the marine wealth through illegal fishing and the maritime soil because of the hydrocarbons.”

Mr Filmus said the Argentine continental platform was 10 times more than the surface of the UK and was a very rich and geopolitically strategic area because it is the entrance to Antarctica and the control of the bi-oceanic corridor.

The UK and Argentina fought a bitter war over the Falklands in 1982 in which 255 British military personnel, three Falkland Islanders and 649 Argentine troops lost their lives.