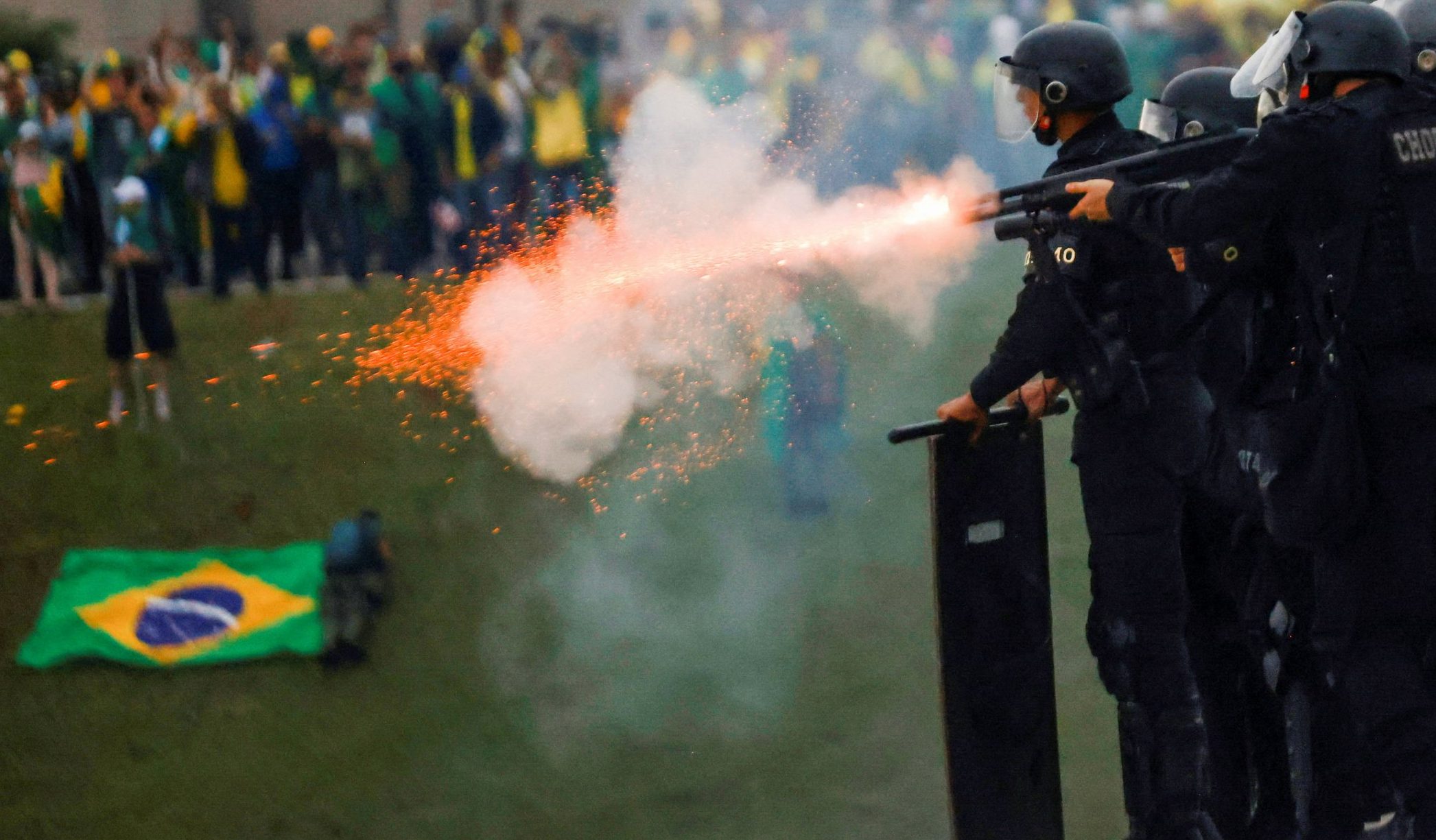 On Sunday, tens of thousands of supporters of Brazil’s far-right former President Jair Bolsonaro smashed presidential palace windows, flooded parts of Congress with a sprinkler system and ransacked rooms in the Supreme Court in a more than three-hour attack.

‘In advance of the election, we designated Brazil as a temporary high-risk location and have been removing content calling for people to take up arms or forcibly invade Congress, the Presidential palace and other federal buildings,’ a Meta spokesman said.

‘We are also designating this as a violating event, which means we will remove content that supports or praises these actions,’ he said.

‘We are actively following the situation and will continue removing content that violates our policies,’

A spokesperson for YouTube told Reuters that the video-sharing company was ‘closely tracking’ the situation in Brazil, where social media platforms have been ordered to block users accused of supporting the attack.

‘Our Trust and Safety team is removing content that violates our Community Guidelines, including live streams and videos inciting violence,’ the spokesperson said.

‘In addition, our systems are prominently surfacing authoritative content on our homepage, at the top of search results, and in recommendations. We will remain vigilant as the situation continues to unfold,’

A representative for Telegram said the private messaging app was working with Brazil’s government and fact-checking groups to prevent the spread of content inciting violence.

‘Telegram is a platform that supports the right to free speech and peaceful protest. Calls to violence, however, are explicitly forbidden on our platform,’ a spokesperson said.

‘Our moderators use a combination of proactive monitoring in public-facing parts of our platform in addition to accepting user reports, in order to remove such content,’

Twitter’s Brazil staff was severely cut in layoffs following Elon Musk’s takeover in October, which included eight employees who oversaw trending topics and helped add context to tweets that had been labelled for misinformation, according to a source familiar with the matter.

Social media companies were criticised for not doing enough when supporters of former U.S. President Donald Trump invaded the US Capitol two years ago.