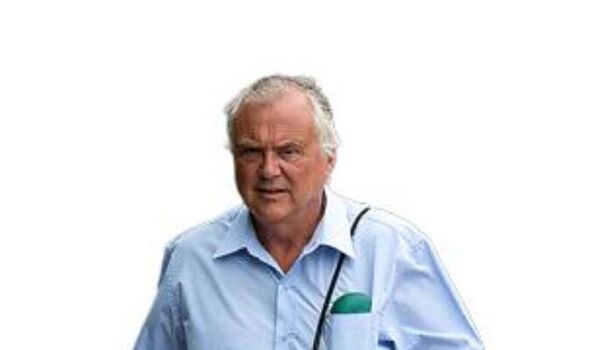 Vaughan Evans, 61, branded Ted Evans, 82, a “paedophile” and a “pervert” over his clamping in the Yorkshire village of Haworth, it was said.

He allegedly hurled abuse outside Mr Evans’s workplace and uploaded videos to YouTube of a song called The Devil’s Clamper.

Ted Evans was said to have suffered “distress and anxiety” due to the slurs. In 2013, he won a civil injunction against Evans, who is no relation.

The officer was subsequently dismissed from West Yorkshire Police and agreed to sign an undertaking that he would not harass the victim, his wife or children or post any further defamatory statements.

But Ted Evans had to secure a second injunction last year, then made a further complaint when Evans continued to hound him online.

Vaughan Evans, from Keighley, WestYorks, denied any wrongdoing at Tameside magistrates court but was convicted of harassment.

He was given a 12-month restraining order banning him from contacting the Evans family or posting anything online about them. He was also ordered to do 40 hours of unpaid work and pay £395 costs.

The feud had begun in 1991 when retired JP Ted Evans, whose family are the owners of a car park in Haworth, began car clamping.

Richard Blackburn, prosecuting, said: “There is a feeling of a vendetta which began in 1991 when there was the introduction of clamping.”

“That was a very controversial step in the village, which led to a crown court case in which the son of the complainant was accused of assaulting the defendant.”

“The complainant’s son was acquitted, and it seems the defendant has not forgotten about that and other things that have happened.”