A former headteacher has been jailed for a minimum of 31 years after murdering his estranged wife and her partner in a “bloodbath” on New Year’s Day.

Rhys Hancock, 40, killed Helen Hancock and Martin Griffiths at the former marital home in Duffield, Derbyshire, before calling the police saying: “I’ve just murdered my wife in her bed”.

Derby Crown Court was told how Hancock was discovered inside the property covered in blood following the murders, telling police: “I’m hardly going to deny it – look at me.”

Hancock inflicted 66 injuries on his wife using two kitchen knives he had taken from his mother’s home in Etwall, while Mr Griffiths suffered 37 injuries.

Ambulance staff described it as a “bloodbath” and one said it was the most violent scene they had encountered in 17 years.

Mrs Hancock – a PE teacher – and Mr Griffiths were pronounced dead at the scene on New Zealand Lane just before 5am on 1 January.

Hancock admitted two counts of murder at a previous hearing. 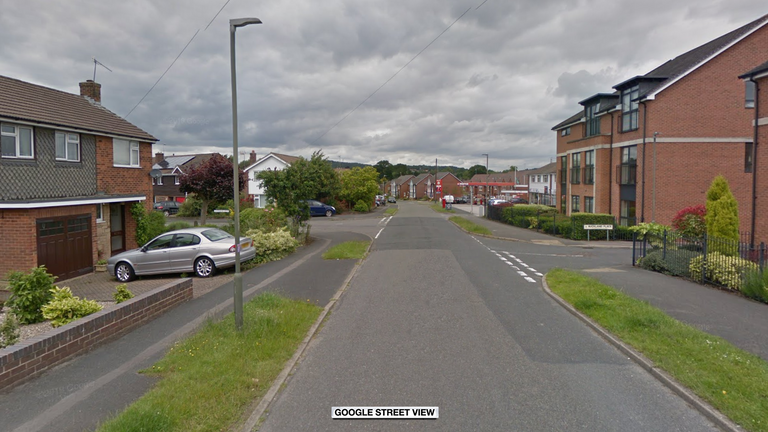 Before travelling to the murder scene, Hancock told his mother about his plans, saying he “would get 25 or 30 years in prison and that he would be released when he was in his 60s”.

Michael Auty QC told the sentencing hearing: “There is no escaping these murders were premeditated, they were savage, the attack was merciless, there were elements of sadism and the intention was always… only to kill.

“Perhaps, above all else, they were committed in the coldest of blood.”

Mr Auty said Hancock had left his mother’s house with the knives, but came back shortly after to “share a cup of tea with his mother one last time, as if it was his way of bidding her farewell”.

He took both landline telephones with him, the court heard, and tried unsuccessfully to find his mother’s mobile to prevent her calling the police.

But the killer’s mother dialled 999 once he had left at 4.11am, saying : “Please you need to go. She has been with another man. My son found out on Friday night. He now has two knives and is on his way there.”

Mr Auty said the operator had “tried to persuade her to telephone Helen and warn her, but she had no idea what she would say”.

Judge Nimal Shant QC said she “could not be sure” that the injuries suffered by Hancock’s estranged wife were as a result of “sadistic or sexual conduct”.

The judge added: “This was substantially pre-meditated and pre-planned. You had settled on your intent to kill them both before you left your mother’s house.

“What you did that night has deprived two families of the people they love and no sentence I impose will seem adequate to them and nothing I do can fill the undoubted void that the deaths of Helen Hancock and Martin Griffiths have left in their lives.

Defence lawyer Clive Stockwell QC said: “The impact of his criminality on New Year’s Day has damaged the lives of many individuals.

“He is very alive to the fact that by his actions he has deprived his own children of the presence of their mother for the rest of their lives in the knowledge… that it was their father who inflicted that bereavement on them.

“Some of the remarks he made at the scene and in interview were disgraceful.

“However distressing this crime was, it does not merit the imposition of a whole-life sentence.”