Paul Farrell, 55, pleaded guilty to 58 child sex offences carried out between 1985 and 2020, including attempted rape and sexual assault of a child under 13.

The charges relate to six victims, who cannot be named for legal reasons, who are now aged between eight and 43.

Farrell held a number of positions, including working as a porter, at Great Ormond Street Hospital for Children in central London between 1994 and 2020.

Wood Green Crown Court heard at least two victims claimed they were sexually abused by Farrell at the hospital.

But Judge Noel Lucas said on Friday: “The prosecution have made it clear that this is not a case where it is alleged that Mr Farrell was targeting children at the Great Ormond Street Hospital, rather that children were abused in parts of the hospital in which he had access.”

The Metropolitan Police said Farrell was first arrested on 16 January and appeared at Highbury Magistrates’ Court after being charged.

But according to the charges his offending continued until June this year, with one boy under the age of 13 sexually assaulted “during lockdown”.

Farrell appeared at Wood Green Crown Court, in north London, on Friday and pleaded guilty to 33 charges, having previously admitted 25 counts at an earlier hearing.

He has denied a further 21 charges, including rape. 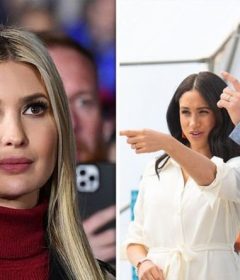