The book, by documentary maker Lode Desmet and BBC broadcaster Edward Stourton, reveals how the EU operated during the Brexit negotiations. Mr Desmet and Mr Stourton shadowed Guy Verhofstadt, the European Parliament’s representative on Brexit, for almost two years, to make a documentary and book on the process leading up to the UK’s first scheduled departure on March 29, 2019. The unique access provided an unfiltered sight into the thoughts and worries of the EU negotiating team.

In their book “Blind Man’s Brexit”, which was published in September, the two authors recalled an episode, which critics might say encapsulates the undemocratic structure of the bloc.

In June 2017, tension erupted within the Brexit Steering Group when the German MEP Elmar Brok found out that Mr Verhofstadt had had a private meeting with the EU’s chief Brexit negotiator, Michel Barnier.

Mr Brok confronted the Belgian MEP and said: “I would like to make a remark. After the round, all three of us should go to Barnier together, not just you.

“It’s a question of cooperation. We can do it all individually and have three meetings with Barnier.”

Visibly caught off guard, Mr Verhofstadt responded he was following the mandate of the conference of Presidents and acting as the coordinator of the group.

He said: “Sorry but I adhere strictly to what is in the mandate decided by the conference of Presidents. 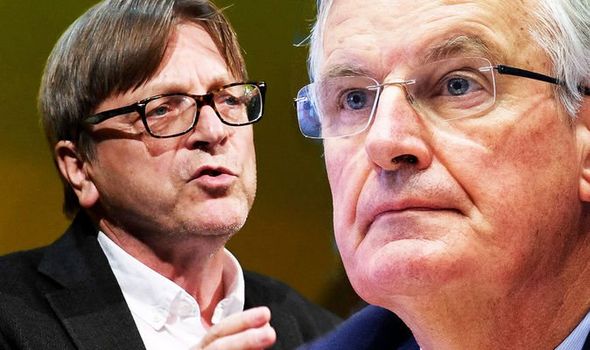 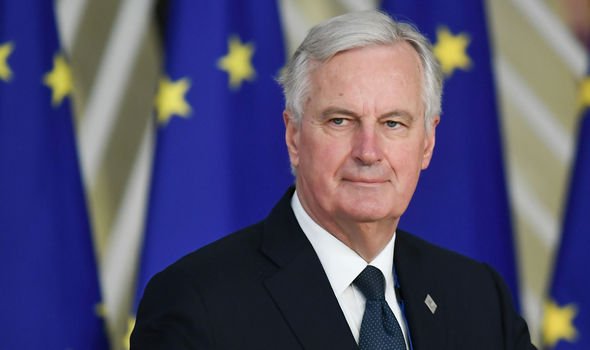 But Mr Brok added: “Does it say in it that you can see Barnier on your own?”

The Brexit coordinator reiterated he was merely acting as the leader of the group, doing “normal contacts with Barnier”.

Mr Desmet and Mr Stourton added: “Roberto Gaultieri intervened to soothe the situation: ‘It’s of course true that you have a duty, not only the right, to have regular contact with Barnier, on behalf of the whole group, that’s for sure.’

“’But there are cases, where I think it might be useful, more appropriate, specific cases, where it would be simply more useful, if it’s possible, if it’s not possible you simply go alone.’

“Verhofstadt was seething – but biting his tongue, while he very quickly threw a glance at me and my camera. 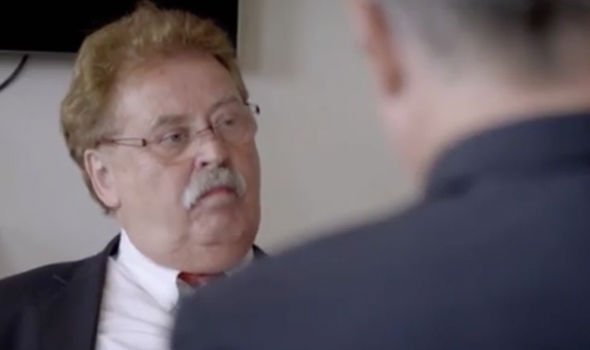 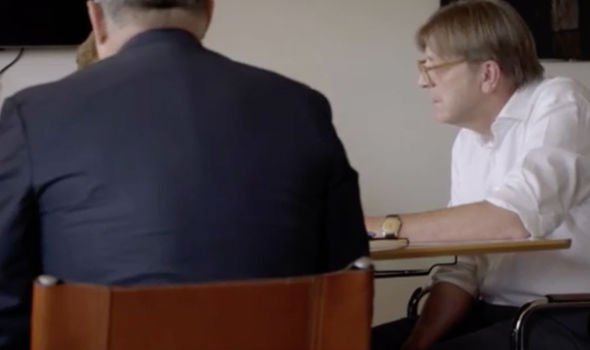 “There was a long silence before Verhofstadt picked up with the day’s order of business.”

The Brexit Steering Group is the highest decision-making board of the EU Parliament and had a veto on any withdrawal agreement between the EU and UK.

Not a single Brexit sympathiser from any member state sits on the board of the cross-party committee of MEPs, though.

A spokeswoman for the European Parliament admitted to Express.co.uk, that the membership of the BSG “reflects the make-up of the political support of the April 2017 resolution with the UK, in which the Parliament voted on its so-called red lines”. 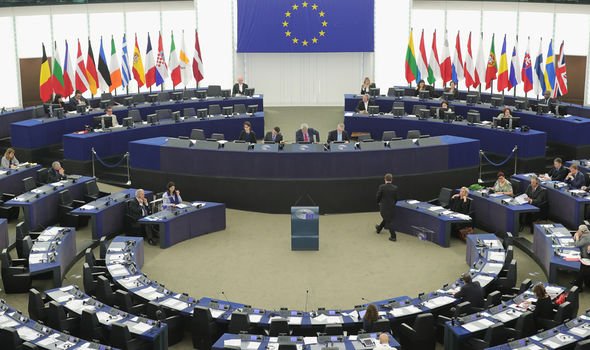 Because the European Conservatives and Reformists (ECR), Europe of Nations and Freedom (ENF), which is now Identity and Democracy (ID) under the leadership of Marine Le Pen and Matteo Salvini, and Europe of Freedom and Direct Democracy (EFDD) did not vote for the resolution proposed by the other political groups, they were blocked from participating in the BSG.

The spokeswoman said: “ECR, ENF (now ID) and EFDD did not support the resolution and thus their groups do not attend the Brexit Steering Group (BSG).

“Numerous resolutions (of different political coalitions) on Brexit were tabled that April and the one which won the majority of the house formed the basis of the European Parliament policy on Brexit.

“The BSG is composed of the members representing the groups which drafted and supported the resolution.

“Guy Verhofstadt was appointed the chairman and the other members were chosen by the group themselves and according to their own internal processes.”