Eruption fears for supervolcano after series of earthquakes in New Zealand 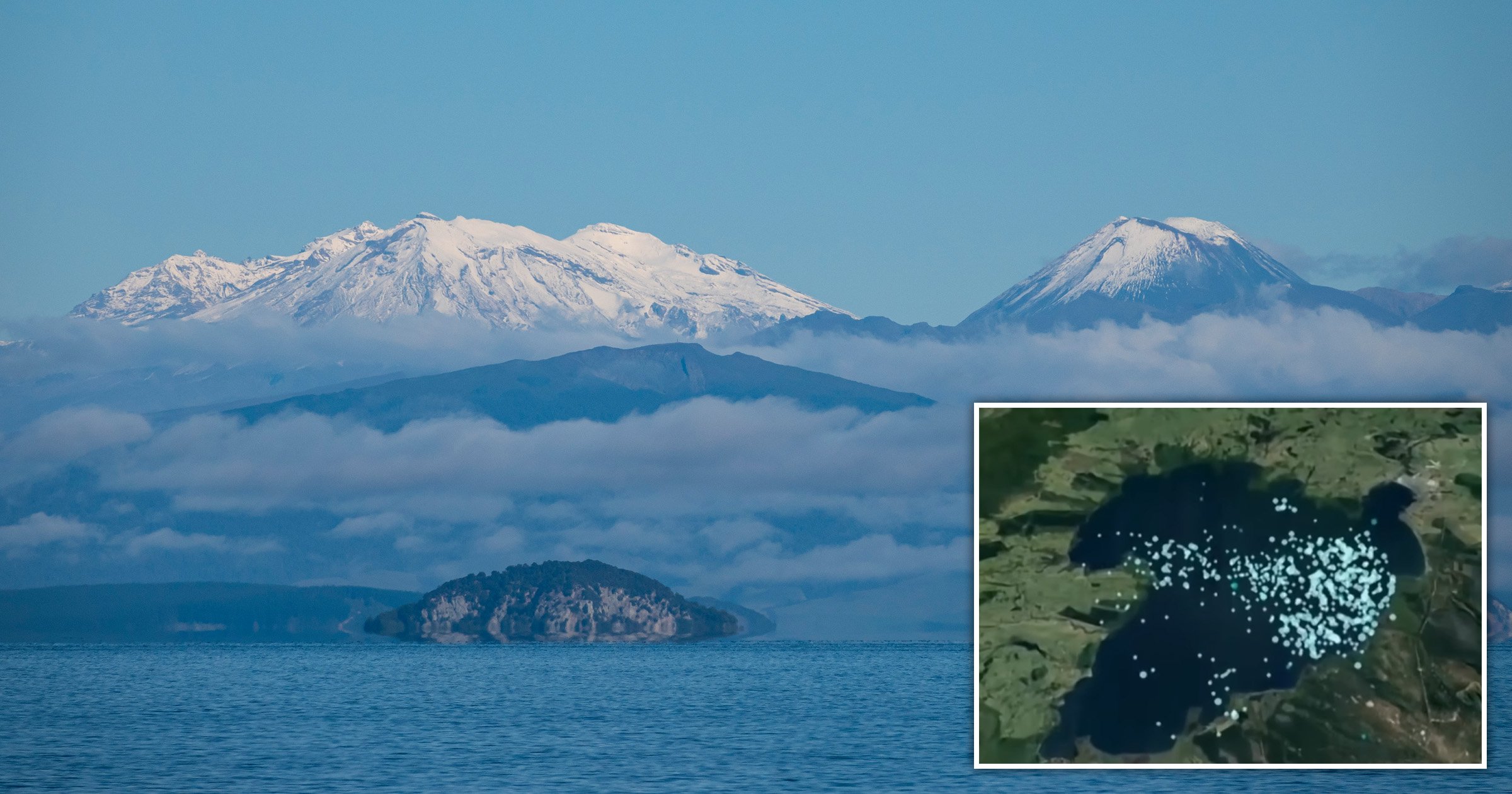 The alert level for a supervolcano in New Zealand, which caused the world’s largest eruption in the last 5,000 years, has been raised.

It comes after hundreds of small earthquakes in the area.

But scientists have added that the chance of an actual eruption at the Taupō supervolcano still ‘remains very low’.

Their announcement came after geological agency GeoNet revealed that around 700 had been recorded at Lake Taupō since May.

A spokesperson from the agency said: ‘We interpret the ground uplift and earthquake activity to be caused by the movement of magma and the hydrothermal fluids inside the volcano.

‘We have also sampled springs and gas vents around the lake for changes in chemistry that may be related to the earthquake and ground uplift.’

Yesterday marks the first time Taupō’s alert level has been raised since 1994, when volcanic alert levels were first introduced.

It has been raised from 0 to 1. The volcanic alert system has 6 levels, which range from 0 to 5.

GeoNet added: ‘The Volcanic Alert Level reflects the current level of volcanic unrest or activity and is not a forecast of future activity.

‘Volcanic unrest at volcanoes like Taupō could continue for months or years and not result in an eruption.’

Taupō has produced two of the world’s most violent eruptions in geologically recent times.

It last exploded 1,800 years ago – in what was the most violent eruption the world had seen in 5,000 years.

The Volcanic Alert Level for TaupÅ Volcano has been raised to Volcanic Alert Level 1 (minor volcanic unrest). This minor unrest is causing the ongoing earthquakes & ground deformation at the volcano. Read our bulletin with all of the information here: https://t.co/T9yTR3aF32 pic.twitter.com/FD31y9iYqD

The Taupō eruption covered lakeside areas in tens of meters of rock and pyroclastic flows.