A new record high for migrant crossings by boat was set on Thursday, with 235 travelling across the English Channel. Border Force vessel Seeker and patrol boats Hunter and Speedwell intercepted a total of 17 boats crossing, one which held 26 people.

More than 1,100 migrants arrived into the UK July, a figure higher than numbers from May and June combined.

The record for the number of crossings in 24 hours had been broken just a week ago when 202 people travelled across the Channel.

On Thursday the French authorities said they had also rescued migrants from several kayaks in their waters as they headed for the UK.

In total, approximately 3,800 migrants have reached UK waters since the beginning of 2020. 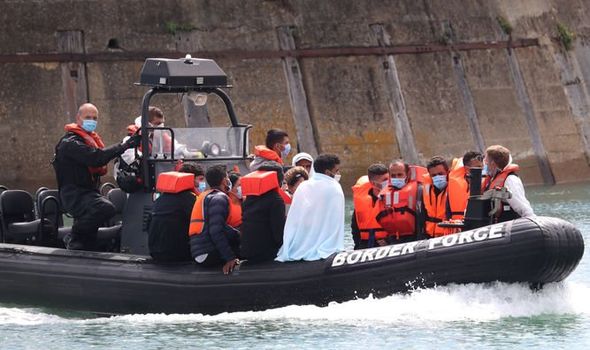 What happens to migrants found in the English Channel?

Migrants who cross the channel to enter the UK do so illegally, and last year Prime Minister Boris Johnson said: “If you come illegally, you are an illegal migrant and, I’m afraid, the law will treat you as such.”

However, what ultimately happens depends on an individual’s circumstances and whether or not they can claim asylum.

Experts say the majority of those crossing the Channel seem to have “strong” claims to asylum, with many coming from Iran, according to the National Crime Agency (NCA). 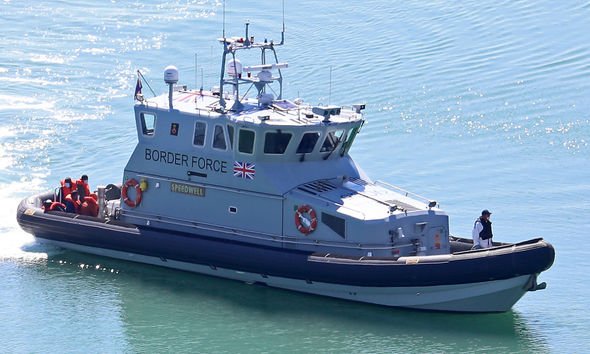 In the official response on August 6, a helicopter was used and saw at least 23 people intercepted and brought back to France.

UK authorities have said they plan to return as many of the migrants as possible, with several flights organised in the “coming days”.

Minister for Immigration Compliance and the Courts Chris Philp said: “I share the anger and frustration of the public at the appalling number of crossings we have seen today.

“The crossings are totally unacceptable and unnecessary as France is a safe country.

“We work closely with France and I will be in Paris early next week to seek to agree stronger measures with them, including interceptions and returns. This situation simply cannot go on.”

He added the only option was to make the route “completely unviable” to deter people from attempting it.

He said 22 people smugglers have been jailed in the UK so far this year, and two more were charged last weekend.

Mr Philp also revealed he met French deputy ambassador Francois Revardeaux this week to discuss the issue, however, the Home Office has refused to provide any further details. 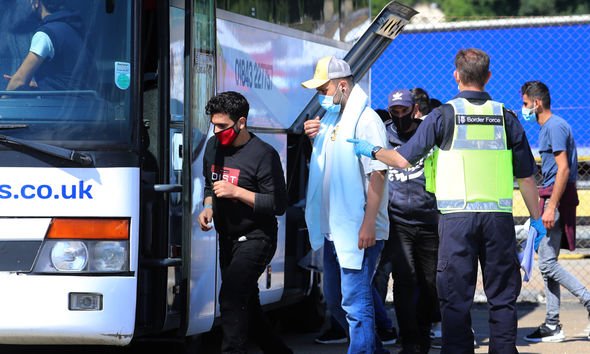 What are the Government doing about the increase in migrants crossing the Channel?

An inquiry has been launched into the reasons behind the huge increase in Channel crossings by migrants.

The Home Affairs Committee in the House of Commons will look at the role of criminal gangs, as well as the responses of UK and French authorities to combat illegal migration and support legal routes to asylum.

The committee will examine the conditions encountered by people in northern France trying to enter the UK, and the risks they faced during the crossing. 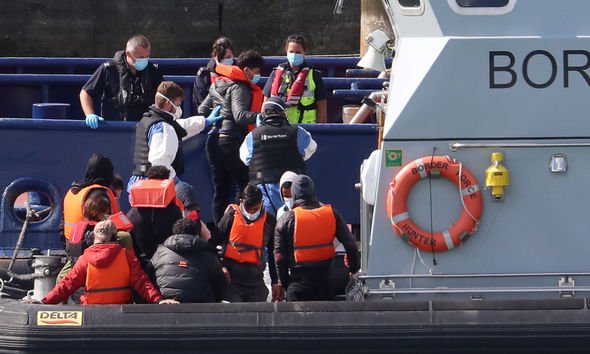 The Home Affairs Committee will also look at migrants’ treatment by the UK authorities upon their arrival in the country, particularly the treatment of unaccompanied children.

She said on Twitter on Thursday afternoon: “It’s an unacceptable situation and vital that these small boats crossings are brought to an end.”

Some believe the Government should do more to make safe, legal routes for those escaping violence and oppression.

Mariam Kemble Hardy, head of campaigns at Refugee Action, said the majority of migrants who make the crossing have a valid claim for asylum.

She said: “The Government could easily help put an end to boat crossings by creating more safe and legal routes for people fleeing violence and persecution to find safety here.

“Instead, it has gone quiet over the future of its resettlement programme, one of the few safe and legal routes it offered thousands of refugees every year.”

Refugee Action is calling for the Government to make a long-term commitment to resettling refugees.