A 24-year-old man has been charged with planning to supply firearms, ammunition and drugs after police arrested hundreds of suspected criminals.

Alsi Vata, of Deptford, southeast London, has been charged with conspiracy to transfer prohibited weapons and ammunition, as well as conspiracy to supply class A and B drugs, the National Crime Agency (NCA) said.

He is due to appear at Leeds Crown Court on 17 July.

Vata was detained by NCA and Metropolitan Police officers on Thursday as part of an operation which saw more than 800 suspects arrested across Europe – including 132 by the Met – after messages on encrypted phone system Encrochat were intercepted and decoded.

Investigators said they seized £54m in cash, two tonnes of cocaine and 77 firearms including assault rifles, sub-machine guns and grenades.

Contract killings were stopped by the operation and some police officers and law enforcement officials were also arrested.

Many of the targets are said to have considered themselves “untouchable” – posing as respectable, wealthy tycoons with lifestyles built on the profits of legitimate businesses.

Thousands of NCA officers, regional crime squads and every police force in Britain was involved in Operation Venetic.

It was launched in April after analysts managed to infiltrate the secretive Encrochat mobile telephone system used by organised criminals around the world. 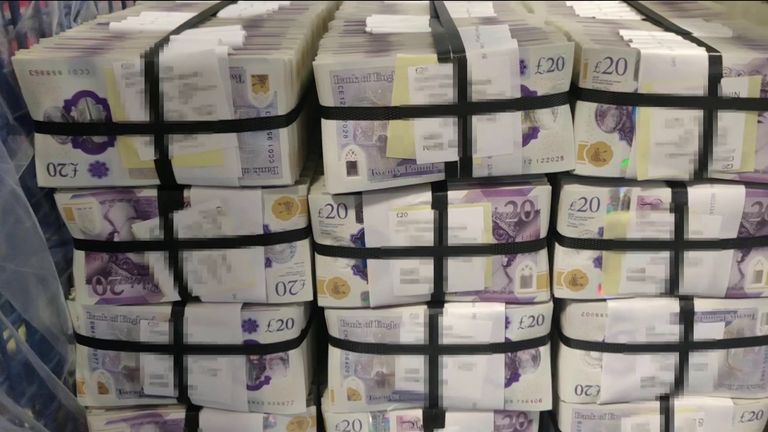 The system, which was hosted in France, was taken down during the police operation.

Users paid £1,600 a month for a bespoke Encrochat handset which offers a highly encrypted communication platform.