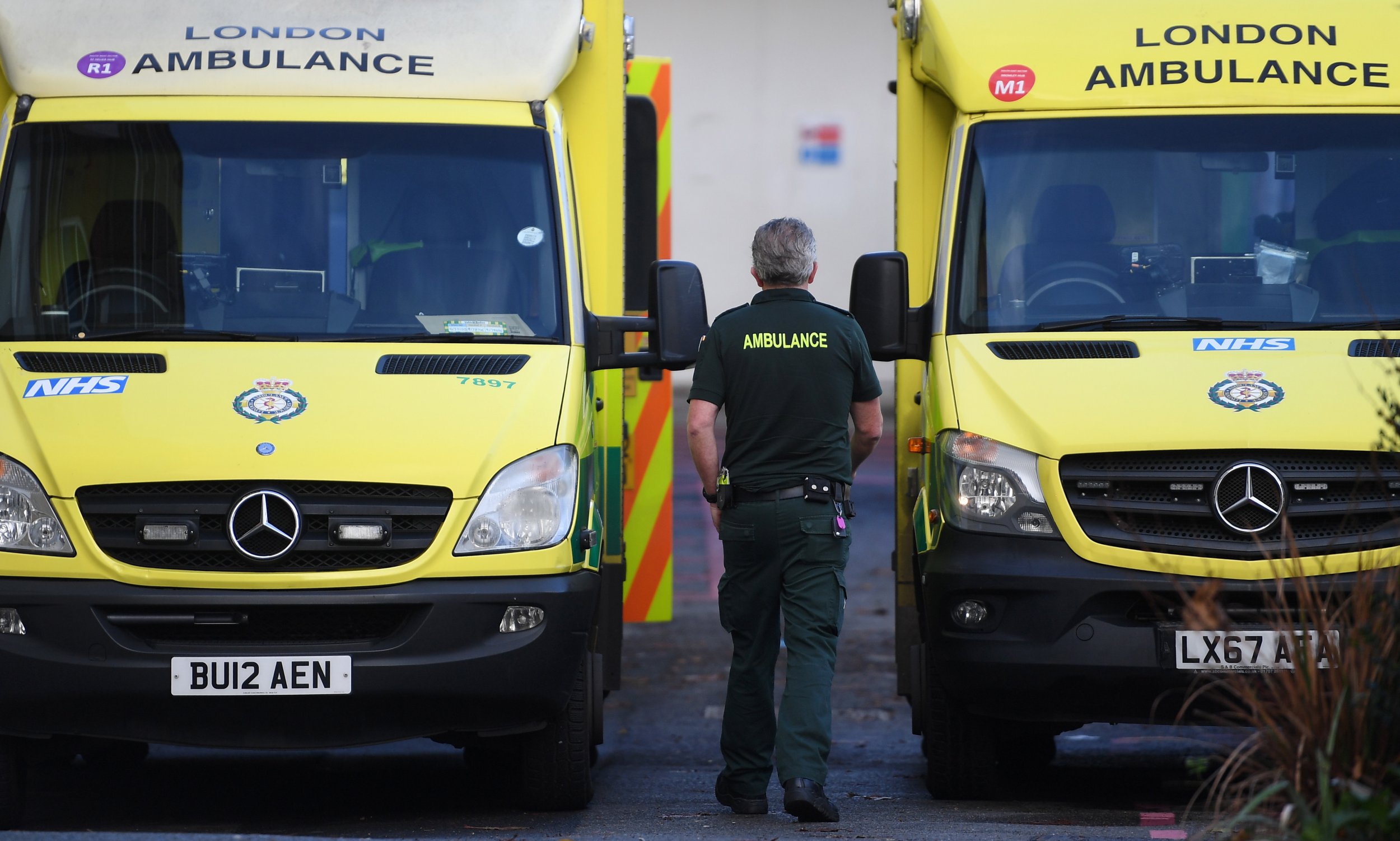 Elderly people who suffer a fall may not be able to get an ambulance during an upcoming strike.

Officials are set to meet tomorrow to thrash out how serious a 999 calls needs to be before it is responded to when paramedics walk out on December 21.

Category one callouts, where someone’s life is in immediate danger, will still be dealt with during the industrial action.

It’s unclear which category two and three calls will be responded to, including heart attacks, strokes, epilepsy and burns.

Health secretary Steve Barclay said there was ‘still a question’ over which will be prioritised on the day.

He told Sky News that falls tended to come under a category three emergency and ‘at the moment the trade unions are saying those things wouldn’t be covered’.

Mr Barclay said ‘the indication from the trade unions’ is that conditions such as heart attacks will be covered.

The GMB, Unison and Unite are co-ordinating industrial action across England and Wales after accusing the government of ignoring pleas for a decent wage rise.

Commenting on the concerns over emergency care for falls, Dame Esther Rantzen told BBC Radio 4’s World At One programme it could be ‘very, very serious indeed’ when an older person falls.

The former TV presenter, who has campaigned on elederly care issues, said: ‘I think that we need to be aware that if ambulances decide that trips and falls are actually not serious enough for them to send a driver, I think it could result in loss of life.

‘I think particularly older people may well die because of the strike.’

Mr Barclay told Times Radio: ‘We’ve got further talks with the officials tomorrow on what are called the derogations – which bits of the service that they will offer.

‘They’ve said that they will continue to offer life-threatening service, so that’s the cat(egory) ones.

‘There’s a question in terms of whether they will cover all the cat(egory) twos – those are the emergency responses to things like heart attacks and stroke – so it is hugely important that those are also covered.’

The GMB said more than 10,000 ambulance workers across nine trusts in England and Wales would strike.

Sara Gorton, head of health at Unison, said: ‘Ambulance managers will be drawing up cover plans for each service.

‘Unions will discuss those and ensure appropriate responses to emergencies on strike days.

‘But instead of speculating about the consequences of a strike, Steve Barclay should be focusing all his energies on stopping action from happening.’