Nottinghamshire: Woods and field on fire

The fire broke out at the crop fields owned by the Spencer family near Northampton on Tuesday afternoon. Northamptonshire Fire and Rescue Service was called shortly after 12pm to reports of a field on fire near Church Brampton.

Crews from The Mounts, Moulton, Long Buckby and Daventry all rushed to the scene to put out the fire, which spread quickly due to the dry, hot weather.

A spokesperson for the Northamptonshire Fire & Rescue Service said: “Crews are using hose reel jets and are making good progress, but we are asking the public to please avoid the area if possible as police will be closing Holdenby Road to assist with access for NFRS Crews.”

Earl Spencer, younger brother Princess Diana, who resides at Althorp House, shared a photo of the burning fields on Twitter.

He wrote: “One of our fields on fire today – the hottest day on record. All will be under control very soon.”

He later confirmed the fire was “contained” but nobody was harmed. 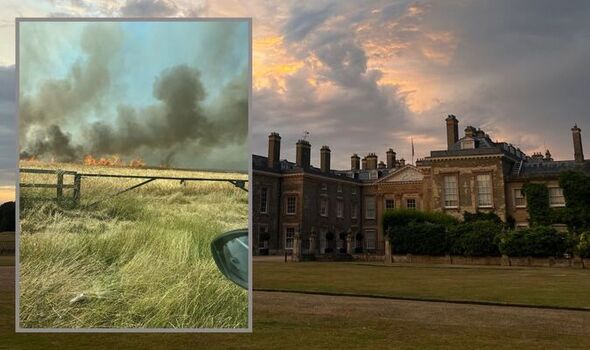 In another tweet, he said: “It is contained, thanks, Jane. Two fields all but gone. But nobody (and no livestock) hurt.”

Althorp, built in 1508, is a stately home and estate in the civil parish of Althorp, in West Northamptonshire, England of about 13,000 acres.

The Spencer family has owned the estate for more than 500 years, and the Princess resided there from her parents’ divorce until her marriage to Charles, Prince of Wales.

The fire occurred as various counties across UK were rocked by fires during the heatwave.

The London Fire Brigade declared a “major incident” in response to a surge in blazes across the capital. 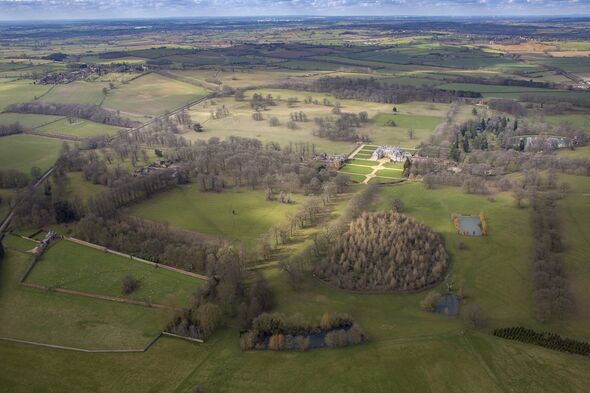 In Wennington, a massive grass fire broke out with footage showing fields and buildings engulfed in black smoke.

Some 15 fire crews and 100 firefighters are currently battling the blaze at the scene in the Essex village, emergency services said. London Mayor Sadiq Khan said the LFB is “under immense pressure” as he urged people to be safe, adding the situation is “critical”.

In total, fire crews have battled hundreds of wildfires across the country.

One regional service said the number of open fires could have tripled this week, PA reported, while the Met Office warned that most of England was at exceptional risk.

Some people were forced to evacuate their homes, and the National Trust admitted it was on “tenterhooks” over the possibility of a large-scale blaze.