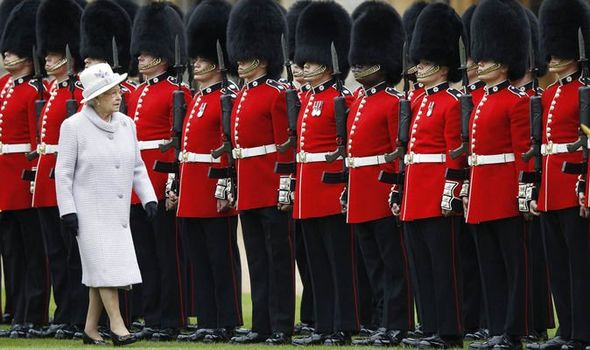 As revealed this week, a further three linked to a riverside booze session with civilians in June face a similar punishment if found guilty. In the wake of the scandal, as many as 200 soldiers from 1st Battalion Welsh Guards were on Thursday swabbed for drugs at their barracks. A joint team of 30 Royal Military Police and civilian police were involved in the stop-and-search operation outside a building within Combermere Barracks, Windsor.

Bank cards of five of the guardsmen revealed traces of Class A drugs, four of them for cocaine and one for the banned “ecstasy” drug MDMA.

A senior military source said: “The Queen has been made aware of the situation and takes a great deal of interest in the welfare of her guardsmen.

“She would also take it extremely personally if they were in any way linked to criminals operating in the area.

“This was a decisive and punitive measure taken by the commanding officer in a bid to press restart in the battalion’s time in Windsor, showing them misbehaviour by a few soldiers will not be tolerated and the rest may be punished if they do.” 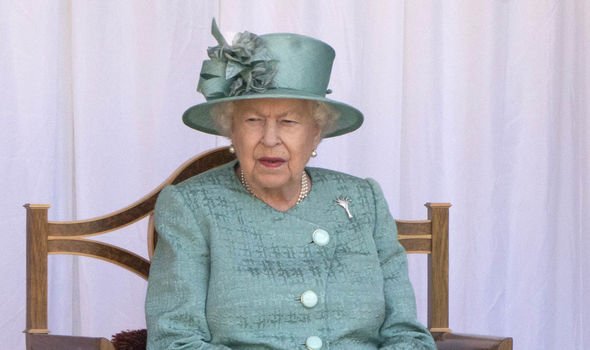 There are growing fears criminals are targeting military personnel as future buyers of drugs.

No soldiers were arrested on Thursday, but those who were found with traces of illegal drugs were warned they will be monitored in future Army drug screenings.

They could not be charged as a positive sign of cocaine on cards is not enough evidence for a conviction and they were just served with a warning.

An Army spokesman said: “Drug abuse is not tolerated in the Army because it is incompatible with military service and undermines our operational effectiveness.”