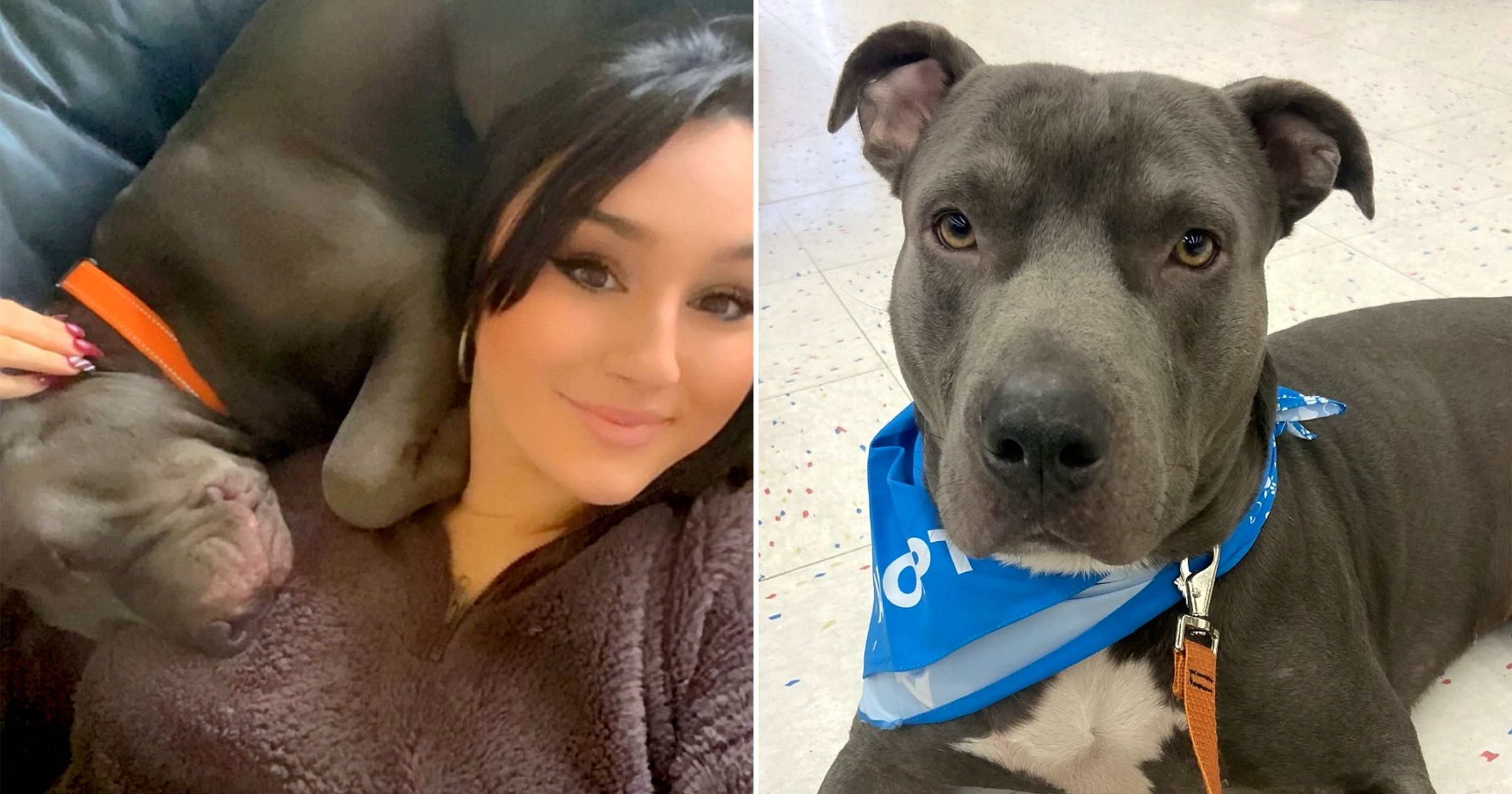 Ever wonder why your dog is being so naughty? Turns out, you could be just speaking different languages.

Ariana Giampietro, 26, thought her foster dog Monty was being disobedient when he ignored commands in English.

But following a week of confusion, she realised that the Pitbull only understands Spanish.

After discovering he previously lived on a farm with a Spanish family, Ariana looked up the words for ‘down’ and ‘let’s go’.

Straight away, Monty knew what to do – and once his new owners started speaking Spanish to him, he ‘settled right in’ to his new home.

The dog is now on ‘fast-track to becoming bilingual’ as he is being taught English before moving in with his new adoptive family.

Ariana, an adoption case manager for children in care, from Gainesville, Florida, US, said: ‘I could tell he wanted to – he was listening to me, but it was like he didn’t know how.

‘Once I found out about his background, and realised it was because he only knew Spanish, I was amazed.

‘I was so happy to understand where the dissonance came from. After I started speaking to him in Spanish, it was like he settled right in.

‘He started getting “zoomies”, and his overall confidence skyrocketed because all of a sudden we weren’t alien to him.

‘Nothing prepares you for the shock of being able to bridge that cultural divide – I was shocked but so excited when it all made sense.’

In a stroke of luck, Ariana’s partner, Andrew Gomez, 27, is fluent in Spanish so was able to help with the dialemma.

Monty, Ariana’s first foster dog, is ‘so much happier and more confident’ than when he arrived in December now he is being spoken to in his own language.

He has even built up the confidence to plan games of tug-of-war and wrestling with Ariana’s other dog, Lucy.

The dog lover decided to start fostering Pitbulls after losing her own Pitbull, Jack, at the age of seven to cancer in November 2022.

She is determined to prove to people that the ‘stigmatised’ breed is really ‘loving and loyal’.

‘It’s weird – I had been telling my boyfriend for so long that I wanted to learn Spanish, and I downloaded Duolingo but never used it’, Ariana added.

‘The stigma says Pitbulls are violent and can’t be trained which is obviously not true at all.

‘They are so responsible and loyal and we need more loving people to be taking in these magnificent dogs.’

How many dog attacks have their been in my area?