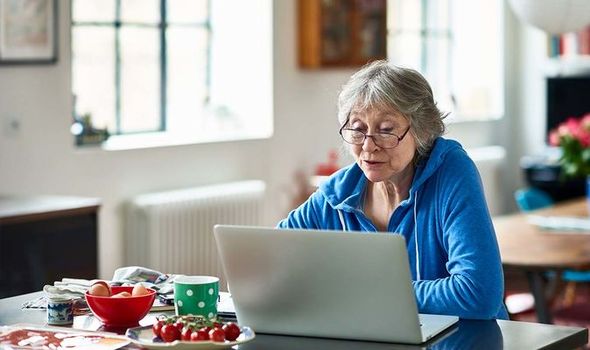 Yvonne Hooper, 77, who now lives in Spain, said it was like “winning the lottery”.

Divorced women are now being urged to check that their pension is correct. Yvonne was widowed as a young woman and twice divorced by the time she reached pension age at 60 in 2004, though she has since remarried.

She said: “A few months ago I saw an article about all the thousands of women who had lost out on a pension.

“I got nowhere with the Department for Work and Pensions website but in the end, I was put in touch with the right people.”

She contacted Steve Webb, of consultancy LCC, who has been campaigning on the issue, and has now been awarded a full basic state pension and more than £60,000.

It affects women who come under the “old” state pension system – which is for those born before April 6 1953.

There are two groups who may be missing out. Firstly, women who were divorced at the point of retirement. They can get a pension based on the contributions of their ex-husband.

Secondly, women who divorced post-retirement but have never notified the DWP. They can have their pension reassessed using their ex’s contributions.

Former pensions minister Mr Webb said that back payments, could come to tens of thousands of pounds.

He added: “I would urge any woman who was divorced when she reached pension age, or who has divorced since retiring, to make sure she has claimed her pension and notified DWP of her divorce.”

A DWP spokesman said: “We encourage people to contact us if they get divorced or their civil partnership is dissolved and every year we remind people about doing so alongside the uprating notifications we send out.”