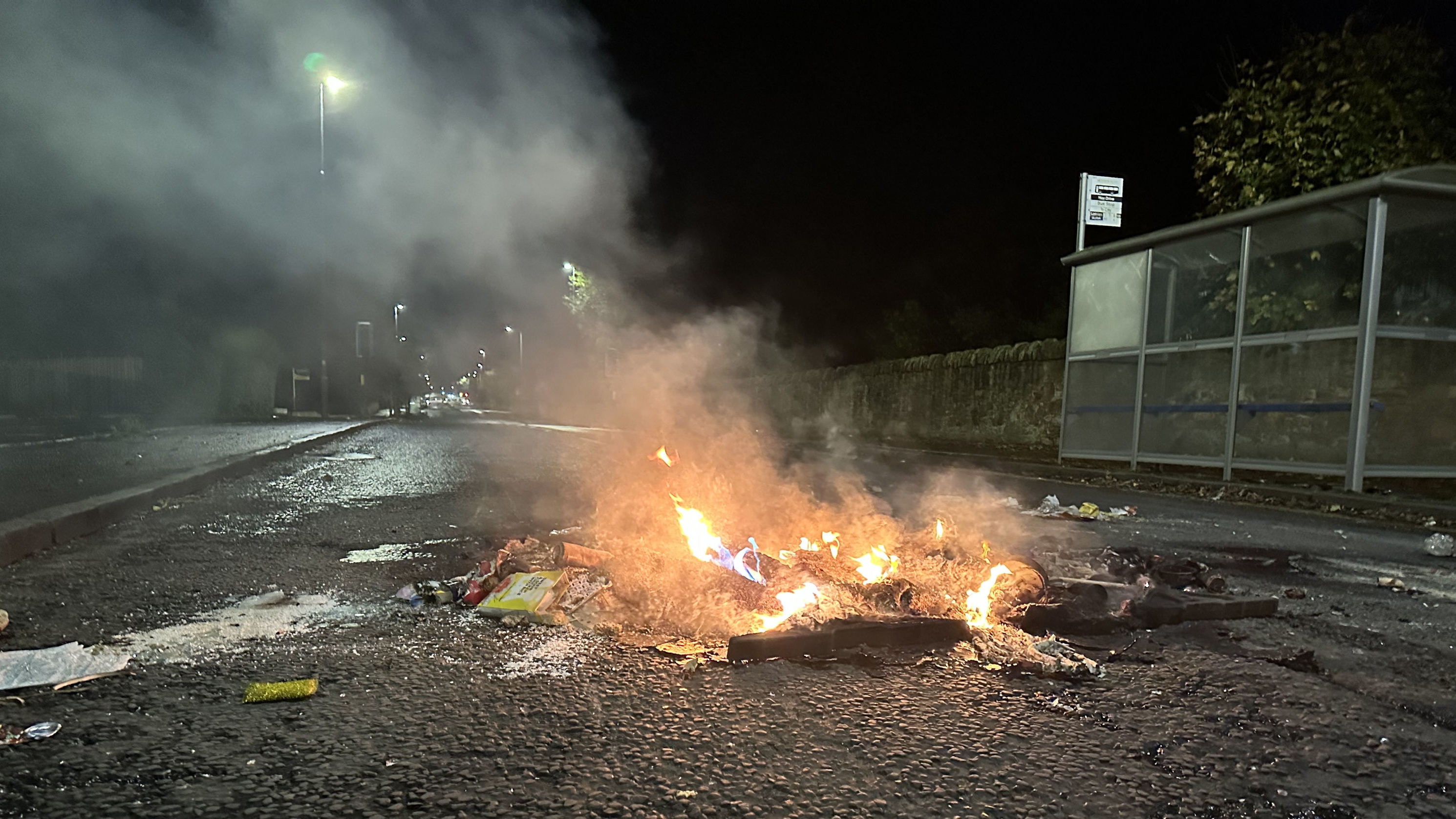 A boy has died amid running battles between police and teenagers as towns and cities across Britain became a bonfire night ‘war zone’.

The 17-year-old crashed through a greenhouse as he fled police chasing as many as 80 youths firing rockets in Halifax, West Yorkshire.

Masked yobs attacked pedestrians and motorists in Sheffield where a car was set alight, while police in riot gear used their shields to ward off a barrage of fireworks in Leeds.

In Greater Manchester, a firefighter was targeted with a rocket while trying to put out a blaze in Eccles.

Merseyside Police detained  eight people after fireworks were launched at cars and roads were blocked in Toxteth.

Also, a burning barricade blocked a road in Edinburgh where a motorbike gang raced through the streets launching fireworks.

In Halifax, residents demanded an end to widespread firework sales. John McQueenie said: ‘They need to be banned for public use, events only with a licence. Very sad news.’

Student Sally-Anne Brayshaw watched from her home in Leeds as police faced a torrent of missiles, including fireworks.

‘You could see them hit some of the police, some of the fireworks almost hit us square in the face,’ she said. ‘Thankfully, there was the window between us but, yeah, I was scared.’

A clip on social media showed cars fleeing the Darnall area of Sheffield to avoid rockets, as one vehicle was engulfed in flames.

‘It’s a war zone fam’, one person was heard to say as a firework smashed into a bus.

One resident said: ‘Sooner or later it’s going to get someone killed and it’s just entertainment for them.’ West Yorkshire Police said an independent inquiry was under way into the Halifax death.

Ch Insp Lee Carlson, of South Yorkshire Police, said a small minority of people were intent on causing trouble. He added: ‘They don’t seem to understand how serious it is to let off fireworks in a public place. Not only is it illegal but really dangerous.’