A father slit his wife and daughter’s throats in a jealous rage after wrongly believing he was being cheated on, a court has heard.

The women were found seriously injured at their home in Wessex Road, Salisbury, on June 1 and pronounced dead at the scene.

When Zdun was arrested at the scene of the killings, police found a folding lock knife in his trouser pocket with blood stains on the blade and handle, the court heard.

Zdun denies the murder charges and stands trial at Winchester Crown Court, where his defence case will argue he suffered an abnormality of mental functioning at the time of the incident which reduced the killings to manslaughter.

Opening the trial this week, prosecutor Nicholas Haggan QC said Zdun had tried to strangle Aneta around a month before the women were killed.

Mr Haggan said Aneta had told her colleague at Wessex Care, where she worked as a community support worker, that Zdun pushed Nikoleta against kitchen cupboards when she tried to intervene.

She told her friend ‘she couldn’t breathe’, jurors heard, and said ‘I was so blue’.

Mr Haggan said: ‘Nikoleta wanted to call the police, but Aneta convinced her not to, saying she was fine.’

Zdun was asked to leave the family home as a result of that incident, Mr Haggan said, and Aneta sought a divorce.

‘Just five days later, in an exchange of messages on Facebook, Aneta told her mother that she was worried that the defendant might kill her and (Nikoleta),’ Mr Haggan told jurors.

‘She told her mother the defendant was, to use her word, a psycho. And she said Nikoleta was terrified of him.’

Zdun told a number of people that his wife was having an affair with a man he worked with at Tesco, but this was a ‘manifestation of the defendant’s jealous suspicions’ as they had never met, Mr Haggan said.

‘Those jealous suspicions, coupled with the breakdown of the marriage, the defendant’s eviction from the family home, and the fact that his wife wanted a divorce, we suggest therefore the loss of his controlling influence over Aneta and Nikoleta so angered this defendant that at some point, either before or when he was at Wessex Road that afternoon (on June 1), he decided to kill them,’ Mr Haggan said.

‘The defendant doesn’t deny he killed both Aneta and Nikoleta, however he claims to have no recollection of what he did that afternoon.

‘Whether that assertion is true or whether the defendant finds it convenient to say that he cannot remember what happened will be an issue for you to consider in the trial.’

Mr Haggan said there was evidence that points to the defendant being of a ‘controlling nature’, and that he complained that his wife was spending too much money and giving their daughter anything she wanted.

‘(He complained) that the house was a mess, his wife didn’t keep it tidy,’ he said. 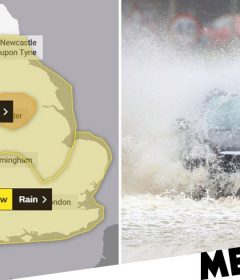