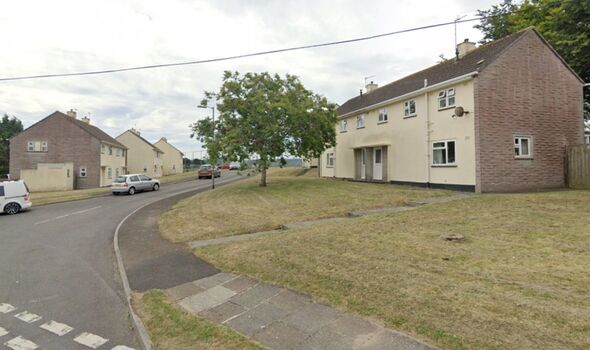 A dad is ready to quit his career in the Royal Navy because his family’s living conditions are so poor, his wife claims.

The woman, who wishes to remain anonymous, said they moved into housing owned by the Ministry of Defence at the end of 2019 and now “they don’t feel safe”.

The “Married Quarter” in Torpoint, Cornwall, is intended for married couples or those in civil partnerships where the serving personnel have more than six months of service remaining.

However, since moving into the dwelling, she claims they have encountered more than 20 issues with their home, several of which are still to be fixed and are ongoing issues today, reports Plymouth Live.

The mum-of-one claims that on the day they moved into the property they found mould throughout the house and the front door had been damaged. Both of these issues are yet to be fixed.

More alarming was the poorly fitted boiler which she claims had an inadequately sized flue vent, increasing the chances of carbon monoxide poisoning.

She said: “I actually don’t feel safe in my own home.

“I’ve actually had to go back onto my anti-depressants so it’s affecting not only our physical health but also my mental health to the point I sometimes can’t be bothered.”

Despite the house being owned by the MoD, the maintenance for these properties is managed by external companies.

There is no contractual relationship between Pinnacle and VIVO Defence.

Pinnacle manages the property allocation process, operates the repairs helpdesk and carries out move-in and move-out appointments with service families.

Pinnacle does not carry out property repairs.

The repairs are undertaken by VIVO Defence.

Since VIVO Defence won the contract in 2022, the family has logged issues such as dangerous wiring after a phone charger “blew” in their 14-year-old’s bedroom.

In the meantime, they were advised by VIVO Defence to limit their use of sockets.

They were also informed that their current fuse box was unsafe and they needed a new one. This was fitted more than a month later, the mum said.

They also encountered a broken boiler which left them without heating for two of the coldest days in December.

Overall, since moving into their home they claim to have faced a total of 22 issues which have been reported.

They are as follows:

The family claim VIVO Defence is still yet to address the mould, the broken front door, the broken kitchen vent, the broken shower, the poorly fitted windows, the property’s blocked gutters or the rotten gate.

Describing what the last three years have been like, the Royal Navy employee’s wife said: “It’s actually affected my health, my son’s health to the point where I don’t want to be here. I actually don’t feel safe in my own home.”

A spokesperson for VIVO Defence said that every armed service family “had the right to a warm, safe and well-maintained home”.

The spokesperson said: “This is incredibly important to us and we are making good progress in resolving the recent issues that some of the families have experienced.

“We have deployed additional people and resources to achieve this, and we are working closely with Pinnacle, who operate the National Service Centre, to ensure we deliver a consistent and reliable service.

“Whenever a service family contacts Pinnacle, who operate the National Service Centre, to report a damp or mould issue in their home we undertake a phone-based assessment to help us understand the issue.

“We then appoint an external professional damp and mould surveyor to visit their home to identify and recommend actions we can take to solve it.

“We then implement these to give the family the safe, warm and secure home they deserve.”

A spokesperson said: “Ministers have made clear that it is completely unacceptable some of our personnel and their families are not receiving the level of accommodation services that they deserve.

“The Defence Secretary and Defence Ministers are receiving daily updates on progress to resolve problems with service family accommodation, following urgent meetings held with the CEOs of the key providers.”