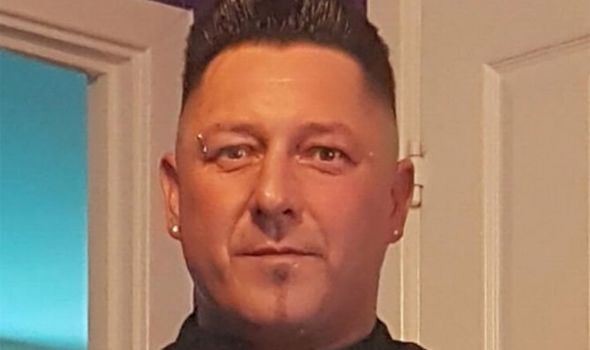 Nick Scott, 50, has been arrested on suspicion of “inciting race hate” over a tweet in which he allegedly told the Manchester United ace to “get to ya own country”. The dad of two initially claimed his Twitter account was hacked but yesterday conceded he may have sent the tweet himself when he was drunk but cannot remember.

“I was hammered at the time and don’t remember doing it,” the youth football coach, from Powick, Worcestershire, told the Sun.

“But if I did, I want Marcus to know that I’m truly sorry and I apologise sincerely.

“After everything he’s done for my kids and all the other kids in the country with the free school meals.

“He’s absolutely brilliant. He’s helped my family and I can’t thank him enough.”

The tweet was sent from Scott’s account at 10.56pm – just minutes after Rashford missed his penalty during the shootout in the final of Euro 2020 against Italy.

It said: “@MarcusRashford that MBE needs burning ya fake. Pack them bags and get to ya own country.”

It was followed up at 12.43am on Monday with a tweet which read: “I need to apologise @MarcusRashford but I’m still very angry. but not with you.”

Scott had previously told The Sun he was “not racist” and had been married to a German woman.

Police have released Scott from custody as they investigate further.

Messages of support after Marcus Rashford's mural is defaced

The Sun has also that reported Scott was once married to “Lotto loser” Susanne Hinte.

Ms Hinte, who was known as Sanne, infamously tried to claim half of a £66 million fortune in January with a ticket she alleged had been damaged in the wash.

But lottery organiser Camelot refused to pay out after investigators examined the crumpled stub and the true winner came forward. The gran died in 2017.

There is no suggestion Scott was involved in his former wife’s alleged scam.