Normandy’s towns and villages came alive with colour last week as thousands gathered from around the world to remember the largest and most complex amphibious invasion in history. The flags of every Allied nation – including our Union flag, the Stars and Stripes, the Canadian maple leaf and the flag of Poland – flew alongside France’s Tricolour in a poignant show of unity 75 years after Allied forces stormed the beaches and came from the skies under heavy German fire to begin the liberation of Europe. And the streets of every Normandy town and village showed the human side of the story by hanging up black and white photos of the young men and women who secured that liberty.

Over the course of the week, I had the privilege of meeting many of these heroes who when they were as young as 18 risked all to smash Hitler’s formidable Atlantic Wall.

They included men like Royal Navy coxswain Ted Emmings, 95, from Surrey, whose landing craft packed with Canadian troops was blown up as he approached Juno Beach, and Royal Marine Clifford Coates, 94, from Devon, who went in on Sword Beach – one of five invasions he took part in.

Then there were two old pals, Ken Smith, 94, and Ken Cooke, 93, both from York, both veterans of the D-Day landings on Gold Beach, who shrugged off the years to lead a parade through Arromanches.

In Mr Smith’s case, he was so determined to take part that he cast away his stick and wheelchair to march once more on the esplanade overlooking the beach where he landed as a 19-year-old signaller. 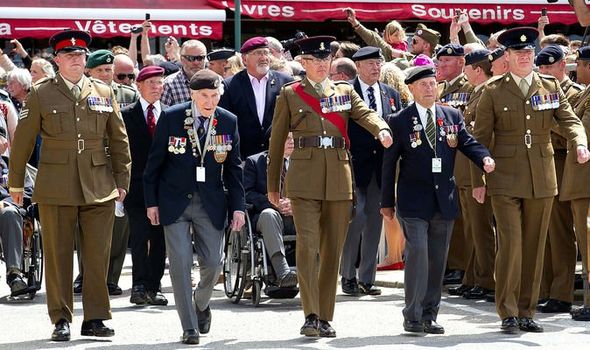 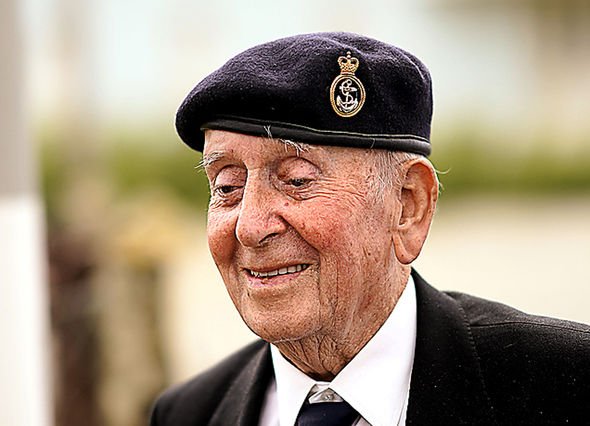 In recent years, photographer Jonathan Buckmaster and I have been privileged to cover countless anniversaries of the great battles of the 20th century, from the Somme and Passchendaele of the First World War, to Monte Cassino and D-Day of the Second.

Each time, I am inspired by the tales of courage and grit, ingenuity and compassion, luck and fate, that chronicle life in the front line.

The surviving veterans are always feted like heroes and on June 6 in Arromanches they marched – or were pushed in wheelchairs – through cheering crowds which had come from all over the world.

But Mr Cooke told me: “People say we’re heroes. We’re definitely not. The real heroes are still lying in Normandy.”

The troops who were sent over the top on the Somme or hurled on to the beaches from landing craft in Normandy were largely citizen soldiers, ordinary men who found themselves doing their duty in extraordinary times, fighting in wars of national survival. No matter how long ago the war, the crowds still turn up to pay homage or make a pilgrimage to the grave of Uncle Harry or Jack. 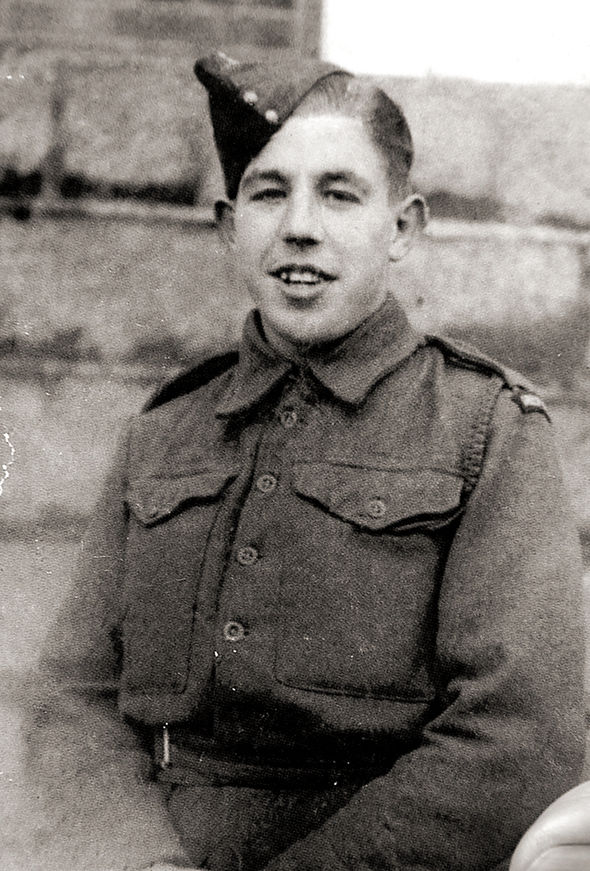 I have done it myself, finding two distant relatives listed at the Tyne Cot Commonwealth War Graves Commission Cemetery in Ypres, Belgium. Using regimental records, I tracked down where they were blown up and left with no known graves only to find pastureland where the main danger is upsetting the cattle. I found another relative seized by the First World War at Boulogne CWGC cemetery.

So why do we make such a fuss about events so long ago involving people many of us have never met? Part of it is an emotional need to find our roots, the belief that by finding out about our family’s past we find out about ourselves.

Part of it is another emotion – the belief that by remembering them, we keep them alive in some way and prove that their sacrifice, their deaths, their pain and suffering, were not in vain. After all, at every ceremony, at every Armistice Day parade, we repeat the words: “We will remember them.”

But in some cases we have short memories. We laud veterans of the First and Second World War while our government wages a witch-hunt against troops who served in Northern Ireland. Those veterans want a memorial to comrades who died in much greater numbers than in Iraq and Afghanistan, fighting a vicious enemy on UK streets. But that conflict – never officially a war – does not strike the same chord.

With World Wars there are fewer shades of grey. By celebrating these anniversaries, we hear the real stories of soldiers, sailors and airmen, knowing they are not actors but real people like you and me. 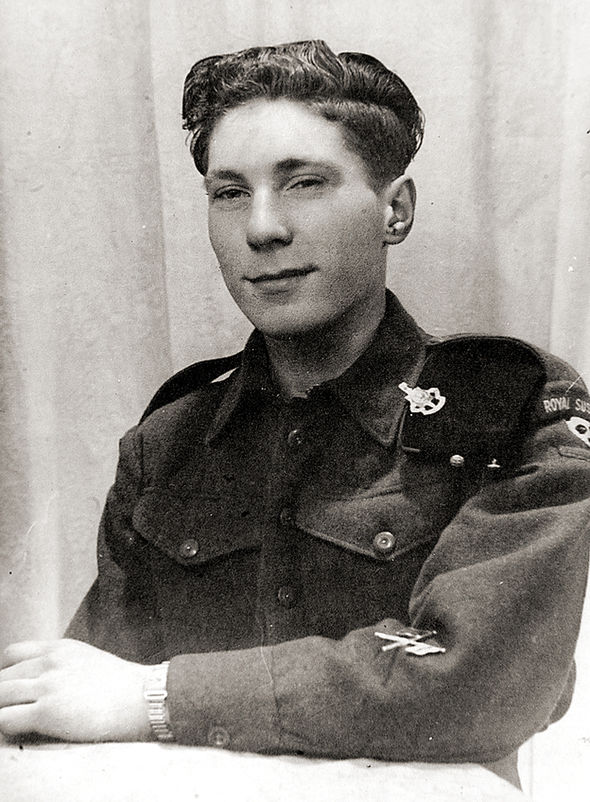 So when I spoke to Matthew Toner, 93, from Merseyside, who repeatedly took landing craft into Juno Beach on D-Day, and he told me of the sea turning red, of body parts floating by and of men “screaming like animals”, I heard the real voice of battle.

Honouring these men, and they were mostly men, will not stop future wars. We get involved in combat all over the world with alarming regularity. Evil exists and we need to confront it.

But we need to honour them. They may not have had much choice about whether they climbed into a landing craft, but they did so and risked their all for us.

Here in France, the locals know how important this willingness to sacrifice everything was. They lived under the Nazi jackboot, four years of atrocities and terror, and despite the Allied invasion killing at least 10,000 French civilians, the banners still send thanks to the liberators.

This is understood by young and old. In a bar in Normandy, enjoying a pint after covering the D-Day anniversary, the 20-year-old barman told me: “It is so important to remember. We owe them so much.”

In Arromanches, Mayor Patrick Jardin got it spot on. Standing before the veterans, whose medals glittered in the sunshine, he said: “We’re proud of you. We will never forget your sacrifice. Thank you.”